While pecan yield is down, quality is high. 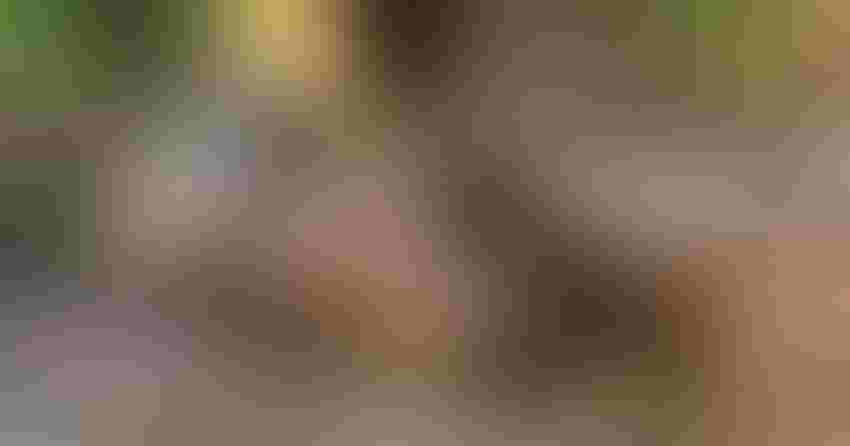 The Mississippi pecan crop is predicted to produce about 3 million pounds this year, which is at the low end of the average yield for the state.Kevin Hudson/ Mississippi State University Extension Service

Mississippi pecan producers faced a particularly challenging year with drought and then rain at the wrong time, but irrigated orchards are making a good crop.

Eric Stafne, fruit and nut crop specialist with the Mississippi State University Extension Service, said the dry summer did one very good thing: It helped control pecan scab, a disease that is often a problem for the state’s pecan trees. 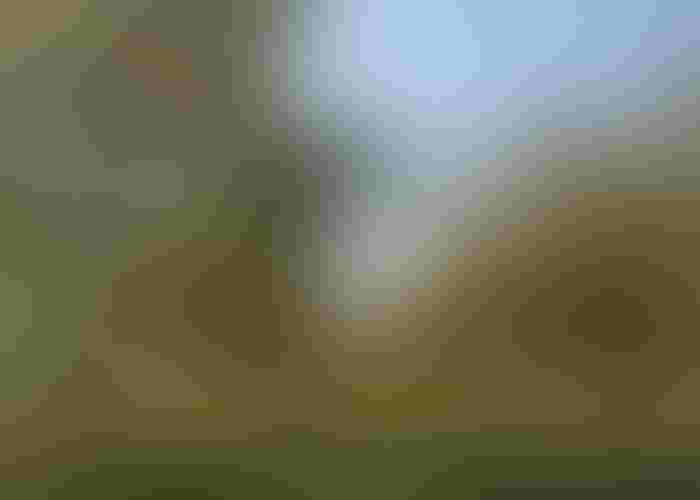 Irrigated pecans in Mississippi produced a good crop, but those without irrigation suffered from drought conditions through the summer. (Kevin Hudson, MSU Extension Service)

“One issue this year for nonirrigated trees will be nut fill at harvest, and also return bloom for next season,” Stafne said. “Drought can reduce both of these factors, so next year we may be looking at a crop reduction due to this year’s drought conditions.”

Trees that were irrigated received the moisture they needed, and the dry conditions kept typical pecan diseases at bay.

Mississippi’s pecan crop is scattered across the entire state, and there seems to be a recent increase in acreage, particularly in the Delta, said Stafne, who is also a researcher with the Mississippi Agricultural and Forestry Experiment Station.

This year’s crop is estimated at about 3 million pounds. There is tremendous variability in pecan yield each year, with the state’s crop ranging from as few as 2 million pounds to as many as 8 or 9 million.

“Weather, including freezes, drought, excess rain, hurricanes and ice storms, is one reason why crops vary so much, but also pecans have a tendency toward alternate bearing,” Stafne said. “What controls this in the tree is still unknown, but it may be related to factors like carbohydrate storage and hormone production.

“There is also a genetic factor, as some varieties are more prone to have on and off years in terms of crop load. It can be managed somewhat through proper nutrition, irrigation, pest control and crop load management,” Stafne said.

Max Draughn is owner of Bass Pecan Nursery and Pecan Hill Farms in Raymond and president of the Mississippi Pecan Growers Association. He said the state has about 8,500 acres of actively managed pecan orchards, and more acres are being added each year.

“Since 2018, Mississippi has been the second fastest growing state in terms of percentage of acres planted,” Draughn said.

Draughn said the weather has been an issue this year, specifically the severe drought that negatively impacted the nonirrigated crop for most of the growing season.

“Lack of water has caused a large number of nuts to abort or not fill out well,” he said. “Pecans require large amounts of water to produce a good crop.”

When the drought broke in August, the state experienced too much rain and clouds and not enough sun. September saw a return to drought.

Another challenge in north Mississippi was a late-spring freeze that caused orchards there to lose a portion of their crop.

At Pecan Hill Farms, Draughn said he expects a good yield from his irrigated orchards of about 1,800 pounds per acre on mature orchards. The nut quality is excellent this year, but the drought did delay by about a month the shuck splitting to release the nuts.

Input costs for fertilizer, fuel, chemicals and labor were much higher than normal this year, and pecan prices will reflect those increased expenses, as well as the small crop size.

“Prices will vary based on the variety and quality of the pecans,” he said. “Large pecans with thin shells grown with adequate fertilizer and irrigation will bring the highest price.”

Draughn said prices range from $3-$6 a pound in the shell when bought directly from growers. Mammoth shelled halves sell for $12-$16 a pound.

“Growers who retail their nuts directly to the public set the prices on that portion of their crop,” Draughn said. “Wholesale sales to accumulators and shellers are determined by the shelling market and what the market price is for the edible meat portion of the pecan.”

Mississippi pecans are always in high demand, and growers typically have no problem selling all their crop for reasonable prices.

“We have seen growth in the Mississippi pecan crop over the last few years,” he said. “We are encouraging our growers to market as much as of their crop as they can directly to the consumer or retail market to attain the highest price for their pecans and provide consumers with the freshest product possible.”