This approach is part of the regulated deficit irrigation (RDI) strategy. Extensive research indicates that you can reduce the amount of applied water at certain stages in the development of fruits and nuts without affecting yields significantly. 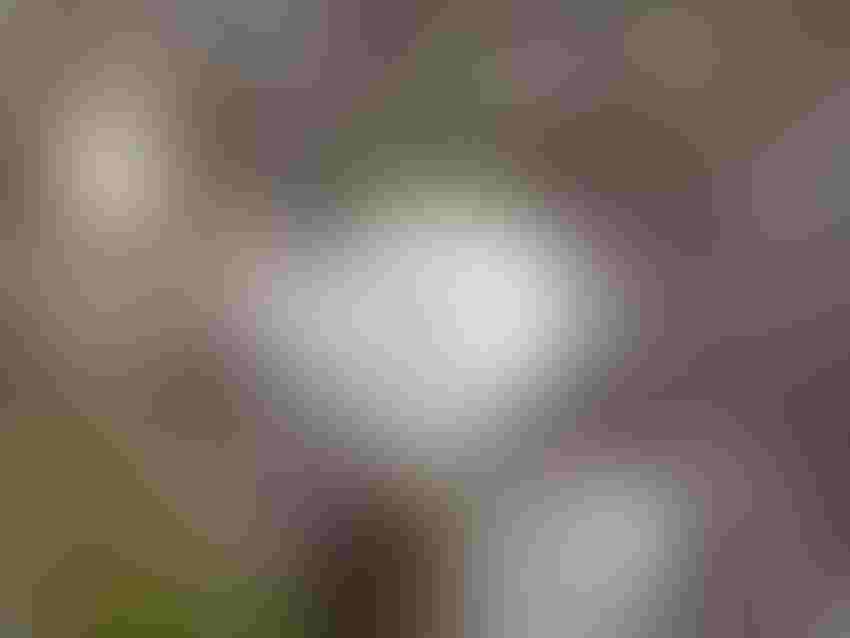 As the almond crop goes through shell hardening in the next several weeks, some growers may be able to cut back significantly on their irrigation rates without risking too much loss in production or nut quality. That is, depending on just how much water is available in a season when a number of growers face a critical shortage of irrigation water.

This approach is part of the regulated deficit irrigation (RDI) strategy. Extensive research indicates that you can reduce the amount of applied water at certain stages in the development of some tree crops without affecting yields significantly.

Gurreet Brar, University of Cooperative Extension nut crops farm advisor for Fresno and Madera Counties, describes how to apply this strategy to almonds in the May-June issue of his newsletter, From the Shell.

The first step is to estimate your water availability from all sources for the season. For example, if your water supply has been be reduced no more than 15 percent to 20 percent, you’ll have at least 80 percent to 85 percent of your normal irrigation amount. That would be enough to allow use of RDI, he notes.

The idea is to match water application rates to the tree’s need as it varies during the season. The period from right after fertilization, which occurs a few days after pollination during bloom in February to early March, through April marks an active growing stage in development of the nuts. Water stress during this phase can lead to reduced nut size. Then, from late April through the month of May kernel fill stage occurs, Brar explains. Increased water stress during this phase can result in problems with nut quality, like kernel shrivel.

In June, after the kernels have filled, the shells of the nuts go through the hardening process. This is when the studies show you can but back on applied water by as much as 50 percent with little effect on nut yield and quality, Brar reports.

“This period between kernel fill and hull split offers a window of opportunity to benefit from regulated deficit irrigation,” he says.

He cautions against shorting the trees on water during hull split. “Any drought stress during the months of July and August and into the post-harvest phase can lead to increased texturing and decreased kernel weight,” Brar says. “Also, it can affect fruit bud set for the next year.

What if your water availability this year has been cut by more than 20 percent?

Research shows your best bet is to irrigate the trees at a certain set percentage of their water usage evenly through the season. For example, if you have only half as much available water this year, compared to normal, you’d apply water 50 percent of your normal rate at each irrigation throughout the season.

“In other words, if water availability is very limited, try to spread that water evenly across all irrigations,” Brar says.

More information from the University of California on these strategies as well as overall drought management is available at http://ucmanagedrought.ucdavis.edu.