The county amassed a record value of just over $8 billion last year. 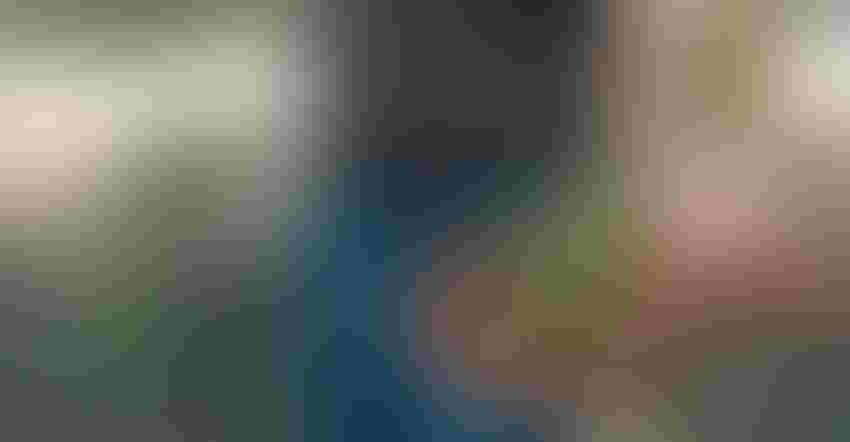 Fresno County produces more almonds than any other county in the state. Last year it accounted for about 25% of the state’s almond production, and nearly 40% of the U.S. pistachio crop.Todd Fitchette

Fresno County wasn’t the only of the “big three” agricultural counties to amass record gross receipts for 2021. While Fresno won’t have bragging rights as the leading farm county in the country, it can brag about nuts.

Fresno County amassed a record crop value of $8,085,567,000 last year. More than that, the county leads U.S. production in almonds and pistachios.

About 25% of the U.S. almond crop and 40% of U.S. pistachios were produced last year in Fresno County. This is significant because nearly all the U.S. almond crop is grown in California and at least 98% of U.S. pistachios are likewise produced in California. Almond production surpassed 728 million pounds in Fresno County last year. Farmers there produced over 392 million pounds of pistachios, according to the county’s annual crop and livestock report.

State law mandates that county agricultural departments submit a report each year to the California Department of Food and Agriculture (CDFA). That law does not require farmers to participate in the voluntary surveys sent out by the county ag departments.

Fresno County Agricultural Commissioner Melissa Cregan said her staff did some extra legwork this year to gather data for the crop report. While she did not want to speculate on what the county’s crop value may have been since not all the grower surveys were returned, ag department staff did seek further information from growers to ensure a representative value across some commodities and protect the legitimacy of the data-rich document.

“Our value is only as good as the responses we get,” she said.

For those keeping score, Fresno was third behind first-place Kern County and second-place Tulare County, the combined production of food among the three counties, and throughout California, cannot be lost among the bragging rights of respective boards of supervisors or county Farm Bureau organizations. Since 2010 the three counties have traded spots in the top three several times. No other California county is close in terms of gross agricultural value.

Still, Cregan knows it’s not about which county is No. 1.

“When you look at the strength of the counties, we all need to be in the conversation about food production,” she said.

Just over $255 million separated the gross agricultural value reported between Fresno and Kern counties last year. There are single commodities in each of the counties that amass at least that much in gross output. Garlic, Fresno County’s seventh leading crop, was valued at over $286 million last year.

In all cases, the dollar figures reported reflect gross receipts and do not factor profit or loss by farmers.

Almonds, grapes, and pistachios led the top three crops by value in Fresno County in 2021. This was unchanged from the previous year.

Almond farmers there harvested 728 million pounds of almonds from over 286,000 acres. The value of that crop, which extends from the edible nut to the hulls used for livestock feed, and the shells that are sold for various other uses, exceeded $1.44 billion.

Almond acreage in the county was up 4.2 percent from the previous year. Yields too were up 2.4% to an average of 2,540 pounds as the average grower price continues to languish at under $2 per pound.

The gross value of all grapes sold from county farms exceeded $1.3 billion.

Pistachios remain the third most valuable crop produced in the county at more than $722 million in gross receipts. Growers last year yielded 3.5% more nuts on average as bearing acres climbed 7.7% to over 132,000.

Though not the leading cotton producing county in the state, cotton is still produced when water is available for growers. Upland acreage fell 68.5% on the year to just over 2,200 acres. Pima acreage fell nearly 25% to just under 38,000 acres. Yields were also down from the previous year as growers produced an average of three bales per acre from their Upland crop and 2.89 bales per acre from their Pima crop.

Processing tomato acreage fell more than 13% on the year with about 2.8 million tons of canning tomatoes harvested.

Navel orange acreage was statistically unchanged on the year at about 28,000 with 368,000 tons of fresh-market fruit produced. Fresno County grows over 61,000 acres of citrus.

Milk production from the county’s dairy herd was up slightly to 2.4 billion pounds.

Each year the county ag commissioner’s office highlights a local agricultural group in its report. This year’s honor noted the 50 years of service that the Nisei Farmers League has provided the county and its Japanese American grower base.

“We never expected to be honored like this,” said Manual Cunha, president of the Nisei Farmers League since 1996. “I appreciate what they think of our group.”

The Nisei Framers League was formed in 1971 and was first headed by Harry Kubo. “Nisei” is the term for second-generation Japanese Americans and describes the founding members of the league. Kubo was a “Nisei.”

The league formed as the United Farm Workers began in the early 1970s. Formation of Nisei Farmers League happened quickly as farmers faced increasing challenges in California. Over time, the voluntary organization gave a unified voice for small growers in the San Joaquin Valley and the state. Since then the organization has provided a voice for farm workers, small-acreage farmers, according to Cunha. It represents those farmers and issues surrounding labor and immigration, trade and commerce, air quality, water needs, transportation, and health care.

“We don’t just focus on one commodity,” Cunha said. “We have close to 300 different commodities represented by our organization. We also represent a lot of small farmers. When you have those types of growers, their needs are entirely different. How a small grower maneuvers through all of this is incredible.”

He said the formation of the state’s Sustainable Groundwater Management Act has been difficult for the state’s small farmers.

The league was also helpful during the COVID pandemic in distributing personal protective equipment and information in concert with the Fresno County Department of Agriculture.

Membership in the Nisei Farmers League is open to all growers and related entities for an annual membership fee. Information on the league can be found online.