Marketing campaign held in conjunction with release of the film, ‘Thor: Love and Thunder.’ 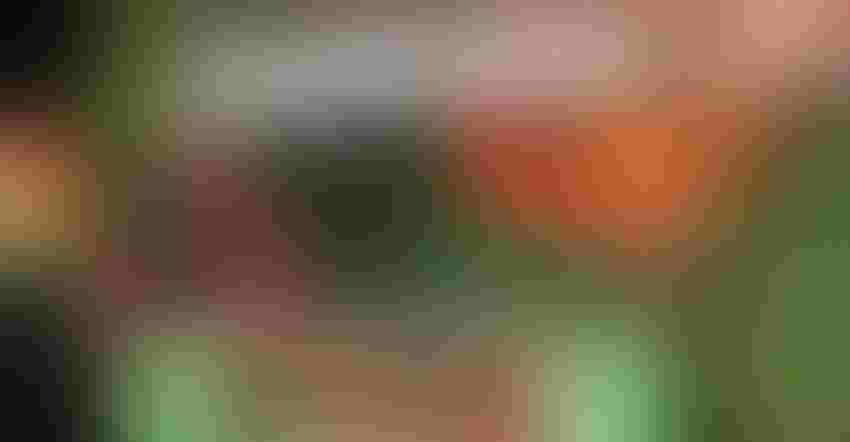 An Almond Board of California official, left, appears in costume as Thor at the Almond Conference in December to highlight the board’s advertising campaign in conjunction with this summer’s latest Marvel entry, “Thor: Love and Thunder.”Tim Hearden

Forget the popcorn. That crunch you hear in the movie theater may be almonds.

The Almond Board of California has just completed a two-month marketing campaign in conjunction with the July 8 theatrical release of the latest Marvel Comics entry, “Thor: Love and Thunder.”

The campaign took place from May 31 to July 31 in the U.S., India, Italy, Mexico and the United Kingdom. In one spot, Al the Almond – a man dressed in an almond suit -- shows up to admire the superhero’s iconic weapons.

The lead-up to the film release was “a sensational moment in time to share the many ways that almonds can be a weapon in wellness in your everyday hero journey,” said Emily Fleischmann, the Almond Board’s vice president of global mark development.

The campaign was previewed at the Almond Conference in Sacramento in December as industry officials were discussing ways to capitalize on expanding growing consumer demand for almonds.

“This industry keeps going in new directions and coming up with new reasons to eat almonds,” board president and chief executive officer Richard Waycott said at the conference.

In the new cosmic adventure, the God of Thunder (Chris Hemsworth) teams up with King Valkyrie (Tessa Thompson), Korg (Taika Waititi) and ex-girlfriend-turned-Mighty-Thor Jane Foster (Natalie Portman) to take on a galactic killer known as Gorr the God Butcher (Christian Bale). The movie led box offices in its first two weeks of release and had grossed $286 million as of July 27, according to Box Office Mojo.

Industry leaders hope the Almond Board’s campaign will help consumers relate to the feeling of wanting to make healthy lifestyle choices - whether you’re on an epic fitness journey or taking a trip to the movies.

They tout almonds as a “super-powered friend in wellness” with its essential vitamins and nutrients, including antioxidant vitamin E, magnesium, 6 grams of plant-based protein, 13 grams of unsaturated fat and 1 gram of saturated fat per 1-ounce serving.

“With Marvel Studios’ ‘Thor: Love and Thunder’ highlighting Thor’s own journey that would guide him in this epic adventure, we couldn’t have imagined a more organic synergy to inspire more people around the world to live well,” Fleischmann said.