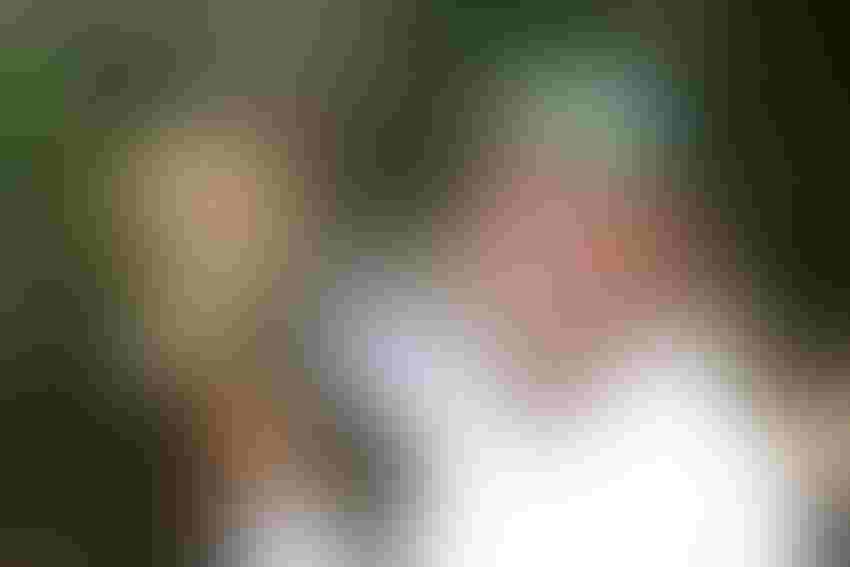 With a mere two decades experience under his belt growing Kerman pistachios in Arizona’s high desert at Cochise in the southeastern corner of the Grand Canyon State, some might call Jim Graham a bit of a newbie compared to some long timers.

The fact is, Jim and his wife, Ruth, have farmed for 46 years, the first quarter-century in Iowa, raising livestock and then corn and soybeans.

Why move from the Midwest to Arizona? When Ruth’s parents, Victor and Hazel Nilsen, were considering retirement, they asked Jim and Ruth to move westward to take over the Nilsen family’s pistachio operation, Cochise Groves, first planted in 1981 and expanded in 1986.

The Grahams packed up for their new agricultural adventure, and moved to Arizona, later acquiring a third pistachio orchard in 2000.

Cochise Groves is located about an hour-plus east of Tucson in Cochise County. The farm is located on the northern tip of the Dragoon Mountains, where at dusk a stunning purple color is seen at the eastern edge of the Gunnison Hills. About half of the farm’s trees are located at the farm headquarters with the balance about six miles away.

For the Grahams, most years have included good pistachio crop yields and quality. Yet, Jim reports that 2017’s on year-bearing crop was slightly disappointing at harvest, with shell split under the farm’s 85 percent to 90 percent average, with more blanks (no kernels) than normal.

At first, he thought slightly lower chilling hours during winter 2016-2017 may have led to fewer splits and more blanks, although the major culprit could also have been cooler temperatures during the 2017 pollination.

For 2018, Jim says, the No. 1 concern again is the slightly reduced chill hours this winter. In late February, chill hours at Cochise Groves, 4,350 feet in elevation, totaled about 90 percent of the hours to produce a good crop.

According to traditional models, the average number of chilling hours for this growing region is about 1,000 hours below 45 degrees F. He is now weighing use of the Dynamic Utah Model to perhaps more accurately measure needed chill hours for his pistachios.

Pollination also plays a major role in the size and quality of the crop. In Graham’s orchards, pollination occurs primarily over a two-week period; usually from late March to early April.

“What I’ve learned after 20 years in the pistachio business is that every year is different,” he says.

The Cochise area receives about 13 inches of rain annually, most of that during the summer monsoon season from July through September.

This year will be an “off year” for nut bearing. He says yields in non-bearing years average about two thirds less than “on year” production.

Graham is also concerned about water availability and farm use, since the groundwater level in the region has fallen in recent years. He wants to stretch out his groundwater supply, not only to save that resource, but to increase water efficiency. His water use for pistachios is about 3.5 acre feet per crop year.

His orchards are currently irrigated with micro-sprinklers to push water over a larger orchard area. He is weighing a shift to a double-line drip system, since some research suggests that pistachio trees perform better when rooted deeper, pointing to dripper use in a closer area. His decision is pending.

Graham may soon expand his pistachio acreage with a new 40-acre orchard on existing family land. The trees would be planted on UCB-1 rootstock and budded to Kerman.

Graham pistachios are processed and marketed by Summit Nut Company at Cochise, and the Arizona Nut Company at Bowie. He previously served as a board member of the American Pistachio Growers representing Arizona.

On the pest and disease side, thrips can be an orchard intruder for Graham in the early spring. In the summer months, the rainy monsoon season can create a prolonged wet environment for the development of Septoria leaf spot leaf fungus. Products used to control fungus diseases include Badge X2, Inspire Super, Luna Experience, Merivon, Quash, and Abound.

“I thought growing grapes would be our biggest challenge,” Graham says. “But it isn’t — rather, it’s marketing.”

They harvest more than 100 tons of grapes annually from their 26 acres of vines. Two-thirds to three-quarters of their grapes are sold to Arizona wineries, with the balance crushed and made into wine at their own winery at Willcox. They opened an on-farm wine tasting room in 2014.