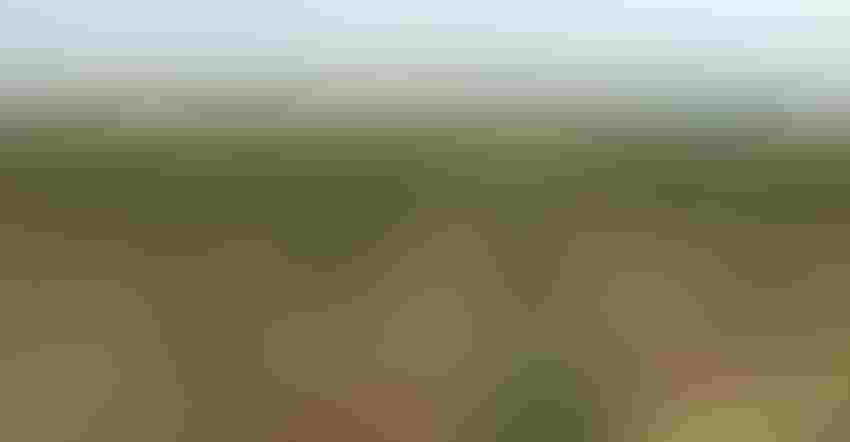 Young almond trees grow in California.Almond Board of California

No one person is a standout oracle for the tree nut industry at large, but there are some with boots-on-the-ground who can speak knowledgeably to their craft --- and Jim Zion of Meridian Growers in Madera, California, is one willing to do so.

He continues to like the industry per se — “I’m an optimist” — but admits to a list of problems awaiting solutions.

“It depends on the crop,” he says. “Almonds are down. They had a large carryover, a smaller crop than expected, and an uneven demand in a down market. However, low prices tend to cure low prices and when almonds get relatively expensive, everybody starts figuring out ways to use them so I imagine that market will cure itself eventually because we seem to have hit a bit of a bottom and are starting to see demand come on. We’re still trying to find a direction in that marketplace.”

Zion says pistachios have been kind of boring because of their stability. “This crop was off from what we anticipated, so supply is a bit less than predicted and that’s helped maintain a stable market price that hasn’t really moved one way or the other.”

With this year’s pecan harvest yet to be tallied in final numbers, that market is still gyrating. “Pecans have been kind of the darling in the nut industry the last 12-18 months with demand and movement both good and prices relatively stable.”

Working with both ends of the spectrum from growing to processing, he can cite a litany of headwinds beyond the usual problems of water, labor, and increasing orchard product necessities.

“We could talk about inflation all day. Currency exchange rates definitely affect our overseas markets. There are on-going concerns with the war in Ukraine. There are still tensions with China, one of the world’s biggest tree nut markets. We’re still concerned that the West Coast is still operating without a contract between labor and the ocean carriers. We’ve seen some sporadic strikes since the contracts ended in July and are not sure if they will increase. Bottom line --- there’s never a dull moment.”

Zion admitted to being stumped in trying to come up with a word or phrase that could sum things up. “Uncertainty might describe it,” he said.

Growers he has spoken to want to know if they’ll be able to move their crop and sell product and he is emphatic in his answer. “Yes. I can’t guarantee pricing, but we’ll move product. We won’t be throwing it in the ocean. Despite consumer uncertainty and a tendency to pull back, the demand is there as is the potential for growth.”

But, again, the concerns prevail. “Besides the basics of selling crop and making a profit, the water situation is probably the biggest concern at the top of mind with every grower. The increasing uncertainty of water continues to play a major part. You’re already seeing almond acreage come out and a slowdown in planting new orchards. Paying 3% for development versus paying 7% interest definitely changes the calculations. In fact, on the almond side, we may have hit a production peak in California with older, inefficient orchards coming out and not a lot of new growth coming in. Without water you can’t grow nuts.

“I think, overall, that the water situation is definitely the number one factor on every growers mind as to what it will mean and how they will adapt.”