Renewable energy has to travel a long way to reach consumers, and the U.S. doesn't have enough transmission lines to handle it. 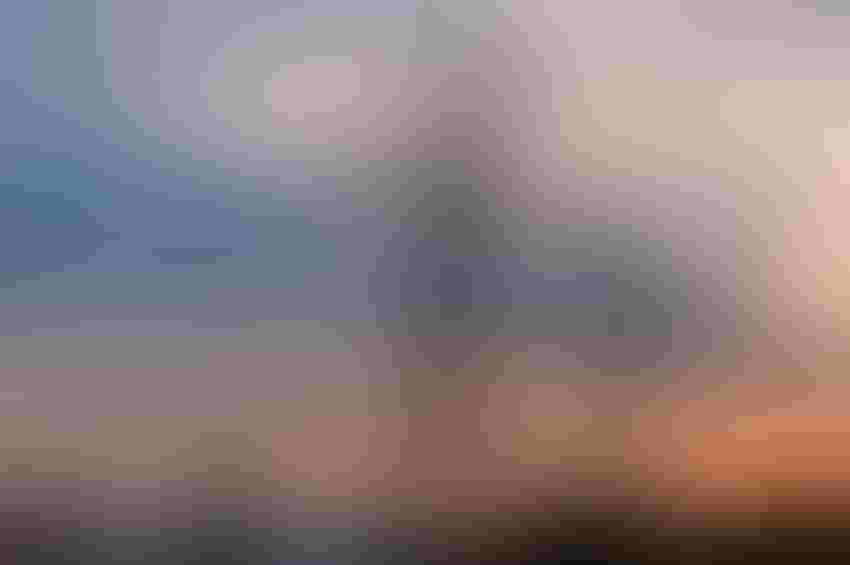 The U.S.’s Great Plains and desert Southwest have sweeping winds, abundant sunshine, and, crucially, not many people. Low population means lots of unoccupied land and very few buildings to block the breeze or throw shade, making them ideal for the production of renewable energy.

This presents a problem: because there are so few people nearby to consume the power generated by remote wind and solar facilities, energy has to travel a long way to reach customers, and the U.S. doesn’t have enough transmission lines to handle it all. Now, as the U.S. federal government again contemplates whether and how much to invest in its moribund energy infrastructure as part of its plans to stimulate the coronavirus-battered economy, renewable advocates from inside and outside the industry alike are attempting to push power lines to the top of the priority list.

Transmission projects take years to develop and site, and routinely hit federal, regional, state, or local bureaucratic bottlenecks. Lining up permits, rights-of-way, and regulatory approvals is painstaking. Different states or grids have different rules, adding to the complexity. Without power lines, though, renewable projects are nonstarters. More than 230 gigawatts of wind projects were seeking transmission interconnections at the end of 2018, according to the U.S. Energy Department’s Office of Energy Efficiency & Renewable Energy. If that backlog persists, “the vast majority of these will not be built,” says Michael Goggin, vice president at power-sector consulting firm Grid Strategies LLC.

“Even if you have eminent domain, it can take twice as long as you thought,” says Ed Krapels, chairman of Anbaric Development Partners, which has projects that would support clean power produced onshore and offshore.

Few homeowners, of course, are eager to see power lines run through their backyard, while states don’t always see direct benefits to allowing the lines to pass through. “There’s a lot of opposition to transmission even though everyone agrees that it's needed,” says Chris Moscardelli, a New York-based managing director at Societe Generale SA.

Michael Skelly founded Clean Line Energy Partners LLC in the late aughts to develop new multi-state transmission projects. While he was under no illusion the task would be easy—“We knew that developing inter-regional transmission lines was a long, difficult process,” he says—there seemed to be things going for transmission development. Gas prices were relatively high, renewables were getting cheaper, and a green-friendly administration was entering the White House.

Then gas prices dropped, turning some seeming tailwinds into headwinds. Battles with states proved laborious. Clean Line sold off projects and is now effectively shutdown. “We got to the point where our investors had been in for a long time, and there were other developers that were interested,” Skelly says.

Would he do it all again? “Heck yeah,” says Skelly, who’s now a senior adviser at financial advisory and asset management firm Lazard Ltd. “It’s going to be impossible to build new renewables in Kansas unless we do something with the grid,” he adds. “When California runs the numbers to see what 100% carbon-free looks like, all of those scenarios lean on imported renewables.”

Developers in other countries face similar challenges. Germany is under enormous pressure to upgrade transmission architecture by mid-decade to satisfy a surge in renewable capacity. The country is building a so-called “super autobahn” grid comprising four main high-voltage strands running from the North Sea and Baltic platforms to the Alps. When ready, the grid is expected to have a total length of about 5,800 kilometers (3,600 miles), equivalent to the distance between New York and Paris. Last year, the companies behind the construction projected the project would cost at least €60 billion ($67.9 billion).

China, meanwhile, recently completed a 22.6 billion yuan ($3.2 billion) ultra-high voltage line that will transport only clean energy—believed to be the first such power line in the world. Long-haul lines are also part of China’s post-coronavirus economic stimulus plan.

The ideas being pitched in the U.S. include federal tax credits like the ones that kick-started America’s wind and solar industries. These could encourage research and development in the sector and accelerate economies of scale, says Mike Garland, CEO of Pattern Energy, which has transmission projects in the works that would cross state lines. (Pattern is now developing a former Clean Line transmission project.)

Minneapolis-based Direct Connect Development Co. thinks it has a solution to some of the obstacles that have bogged down some multi-state projects: a high-voltage line underground that follows the path of an existing railroad corridor. The company is planning a $2.5 billion project to link Iowa and Illinois, neighboring states that nevertheless don’t sit on a single power grid. Iowa is part of a grid with ample wind resources, while Illinois is also tied to a grid that hasn’t greened as much.

The project, dubbed SOO Green, would deliver 2,100 megawatts of renewable energy—enough to power an estimated 1.2 million homes. It has financial backing from investors including Copenhagen Infrastructure Partners and Siemens. State and federal permitting is underway, and Trey Ward, Direct Connect’s CEO, anticipates the project will start commercial operations by the end of 2024. “It’s easier to build solar and wind in the upper Midwest than the Eastern corridor,” he says. “This is what you’ll need to replace the spinning mass of gas turbines.”

Regardless of how it happens, BloombergNEF U.S. analyst Ethan Zindler calls new power-line development “mission critical” for the country’s transition to cleaner power. “If you want a shot at 100% carbon-free, you’re simply going to need to transmit solar and wind power from America’s Saudi Arabia of renewables—the Southwest and the Midwest—to the cities,” he says.

--With assistance from Brian Parkin, Dan Murtaugh and Naureen Malik.