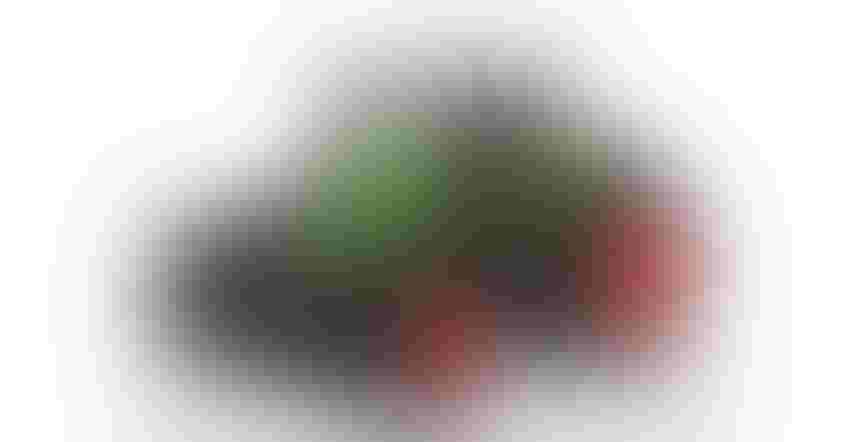 NEW POWER: Under the hood of the new Fendt 700 Series tractors is new engine technology. The Agco Power engine in this tractor is the first of the new Core line of engines. The company has designed the base engine to work with a wide range of future fuels.Courtesy of Agco Corp.

Rumors about the death of the internal combustion engine are greatly exaggerated, but if they’re going to be around for a while, what should the newest versions look like? Agco Corp. has announced the launch of a new family of diesel engines called Core, with a design aimed at being “future proof.”

“As we were thinking about our investments, we know we’re at a pivot point in agriculture,” says Kelvin Bennett, senior vice president of global engineering at Agco. “Diesel’s been the primary energy source for 80 years, and the combustion of liquid fuels will still be around for another 50-plus years, for sure. But we know there are other things coming.”

The future of power will include not only burning diesel, including biodiesel and renewable diesel, but also other energy sources, including ethanol or methanol. “It’s a multi-energy system for the future,” Bennett says.

Agco has owned its own engine manufacturing operation since it bought Valtra in 2004. That division built engines under the Sisu Diesel brand, and over time, Agco moved those engines into more equipment beyond the Valtra line. Eventually, Sisu Diesel was rebranded to Agco Power engines, which power a core line of products for the company.

But facing a multi-energy future, what is the next step for developing engines? “Do we stop all engine development, or do we take one last swing at the bat and get our base mechanical portion of the engine, which is the foundation, to be absolutely the rock-solid best?” Bennett asks.

With an aim to get ahead of the competition, the Core engine line was developed. It starts with the base mechanical components — block, crankshaft, camshaft, etc. — of the engine. “As an engineer, I know the most important thing in any building is the foundation,” Bennett says. “But the thing that’s least talked about is the foundation.”

The same is true for the base engine, yet this is where all the magic happens to create power by reducing friction and optimizing geometries and materials.

The new Core engine line brings an entirely new base-engine design to Agco Power. And the first engine to be launched is the Core75. “That’s the first family member, the seven five, and its 100% new. Oh, there might be one or two bolts or nuts that are the same, but it’s 100% new,” Bennett says.

The Core75 is already in the market with the new Fendt 700 Series tractor line introduced in North America at the Farm Progress Show in August.

But what makes it different? Bennett is quick to note that it’s hard to share what stands out about the new design because it’s a combination of innovations and changes. The first step was to focus solely on agriculture.

Bennett explains that in looking at the engine, as well as the company’s duty-cycle data, engineers took anything that wasn’t ag-related and might hinder performance or add additional costs, and removed it from the design. “If there was an outlier condition beyond ag off-road products that causes, maybe, higher material costs or it causes us to have less efficiency, we scrapped it all out,” he says.

Then they turned to the fuel side of the equation and considered any liquid fuel that might combust for power while also reducing carbon dioxide emissions. Using that information, Bennett says the internal cooling packages, the combustion pressures, and the spark or non-spark design will all be part of this new series from day one.

With a clean-sheet approach, Agco Power engineers could turn their attention to optimum power and economy. “Every engine has a sweet spot, so there’s this point where it’s the best,” he says.

Comparing the performance to a topographical map of a mountain with a defined peak, or sweet spot, the aim was to get that top peak to be as wide and flat as possible. One way to do that is to reduce friction and get the top operating range of the engine at a lower rpm.

In the design, engineers were able to bring the rpm down and keep the horsepower and torque curves narrow. This means, across a wide range, the machine is working within its sweet spot. In fact, the Core75 engine provides maximum torque at 1,300 rpm, instead of the more typical 1,500 rpm. The result is much better fuel economy.

The challenge is to provide that horsepower across a range of conditions. “This is not an industry test where there’s one sweet spot; the operation is transient. You’re going up hills and down. You speed up, you slow down, you turn corners,” he says.

The engine design also brings the latest metallurgy for parts and the latest surface finishes — and even the factory where the Core engines are built is new. “We’ve set ourselves up now for 15 to 25 years of progressively lower CO2 combustion, with the newest foundation in the market we can build on,” Bennett says.

The Core75 at 7.5 liters is the first new Agco Power engine in this line. Bennett says another model one size larger, and one or two smaller engines will be coming. They won’t go larger because Agco works with MAN engines for its biggest machines, which also offer low rpm performance. “We’ll hit the middle of the market with this new line,” Bennett says.

The first engine goes from 200 to 305 hp in its current configuration, and it is a Stage V engine that can also be built for Tier 3 sales in countries with lower emission requirements, including Brazil. As for smaller machines, Bennett sees a day when electric tractors will fill in below 100 hp, which is technology Agco is also working on.

The engine development world is facing new challenges. Bennett claims Agco Power is the only engine maker developing new powerplants almost exclusively for ag machines today. Farmers can learn more about the engine by checking in with a local Fendt dealer to explore the new Fendt 700 Series. Or visit agcocorp.com.