Two days into Agritechnica, and already there are a few surprises and we're just getting started. 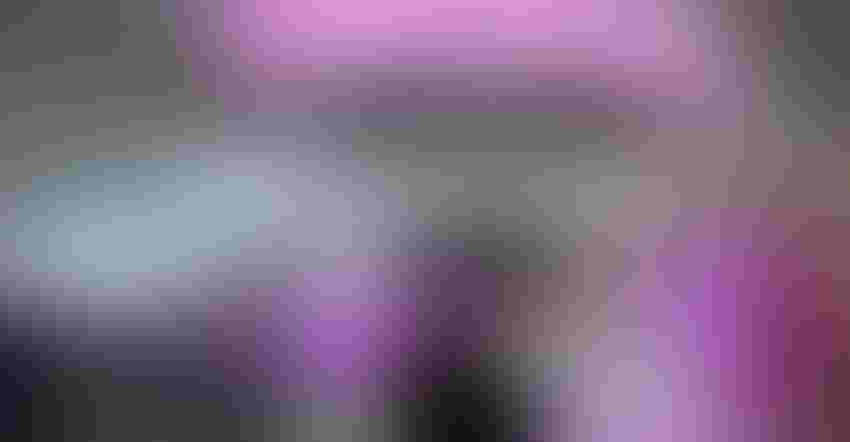 DIGITAL FARMING PLAYER: Bayer has been in the digital farming business for more than two years, and the effort is expanding globally with the xarvio name. While it's not ready for the North American market, it does show that the company is serious about the market's potential.

Agritechnica is a biennial event that draws more than 2,800 exhibitors and a few hundred thousand farmers and industry folks to Hannover, Germany. And the show must have plenty to see, because in Hannover during mid-November, let's just say you're not catching the city at its best. But in 24 buildings at the Messe Nord complex companies from around the world come to show off their best.

I'll be writing something every day this week while I'm here sharing a few items of interest. And as I have time to plow through all my photos and press kits we'll have some tech galleries in the coming weeks  to check out too.

Today, I wanted to cover a couple of interesting pieces of information. One that's global (but not yet U.S.) and another that was frankly a tech surprise from a major equipment player.

First up is xarvio. Yes it's lower case. Yes it’s a new made-up name for a smart farming business, but the first surprise is who's business it is: Bayer. For the last two years, Bayer has been building up its digital farming background. Working with satellite imagery people like Planet; tapping scientific expertise from companies like Bosch.

But in the United States that effort has been a little bit below the radar, as the company built on its expertise. Looks like its time to take the experts out of the bag and show them off. At Agritechinica, Bayer officially unveiled xarvio in all its purple glory. You can see their exhibit in the main image with this page.

As I visited the exhibit and talked about this news it was made clear that for now xarvio is a global name but is not officially launched in the North American market yet; though it looks like it'll happen in early 2018 (I'm guessing Commodity Classic). Digital farming is serious business at Bayer, a company that knows application precision, and tracking farm operations is getting more important every day.

Ironically, The Climate Corporation was right next door, officially being launched in Europe (more on that in a later post). Which raises questions about how the two companies will bring together their disparate digital farming businesses if/when the Monsanto acquisition is complete. As one spokesperson for Bayer reminded me: "We're not merged, we're still competitors" and so compete they will.

One interesting area of tech in the exhibit at Agritechnica for xarvio was an innovative sprayer concept being developed by Bosch. This company has its hand in a lot of advanced ag research. For this sprayer, there's a unique combination of a vision system and a multi-product sprayer design that may intrigue a lot of farmers. This sprayer won't spray unless it sees a weed.

The spray boom would have four delivery tubes – three for active ingredients and one for water. The herbicide or insecticide or fungicide (in fact you could carry all three) would remain at full strength on the sprayer, with a small amount premixed with water. During application, the sprayer would mix on the fly with water to provide the right concentration on the weeds.

You essentially drive across the field and the sprayer decides when to spray based on what it sees. The visual sensor is less than a meter ahead of the sprayer (this is a responsive system). The system won't be available before 2021, but does show the areas Bayer (or xarvio) is moving with digital tech in agriculture.

You do what with what?

The surprise came during a tour of the John Deere exhibit. What I'm sharing here was a surprising bit of product news, but I'll have more from my visit there in future columns. But there was something that really caught my attention.

Now here's the twist. In Europe they're attaching the Harvest Lab 3000 NIR unit to the pipe on a manure spreader and getting real-time readings of the amount of nitrogen that's in the manure being applied. In the Netherlands, there are now very strict rules about applying nitrogen to the soil, and those rules also include the requirement to take up to five samples from each load applied.

There's also a lot of paper work too. Nicola Dubois explained that the company has worked with Fliegl (a major player in the manure application market in Europe) to develop the system. The farmer has to work with a John Deere dealer to calibrate the unit to measure N, P and K in manure, but the system does the job and reports that information to the John Deere Operations Center for record-keeping. 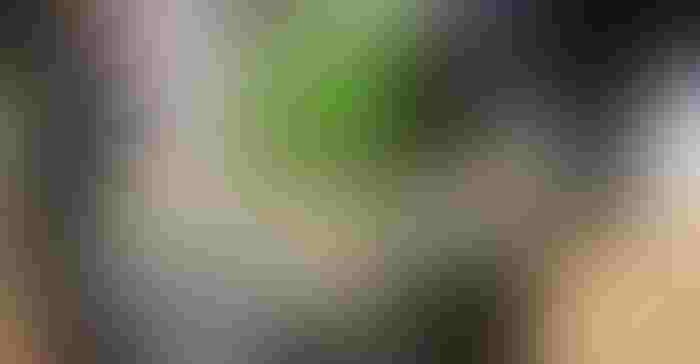 The system can also save money by better managing the amount of nitrogen applied to crops. The aim is to put down just what the crop needs, because globally only about 50% of the nitrogen applied is taken up by the plant according to United Nations Food and Agriculture Organization figures. "This system can improve the profit on crops by improving nitrogen application," Dubois said. "The value saved depends on the value of the crop." The demonstration area in the exhibit showed savings on potatoes of about $300 (267-euros) per hectare and up to $6,300 per hectare ($5,000 euros) for flowers.

Essentially, Deere has developed a machine for not only measuring the feed quality of what goes into a cow, but it can now measure the nutrient values of what comes out of the cow. All with the same machine. Yep that was a surprise.

Look for more to come as we keep writing from Agritechnica.