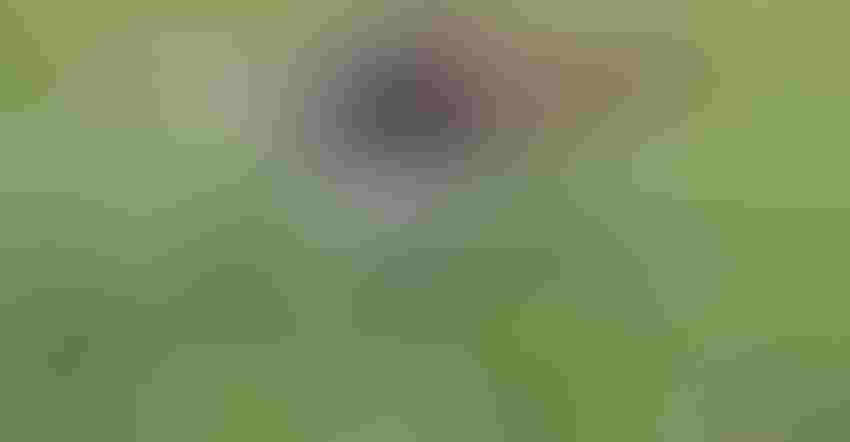 Some drones can carry cameras and sensors that can quickly detect problem areas in fields.

Precision agriculture is rapidly evolving, with new sensors, devices and software that help farmers do their jobs better.

Unmanned aerial systems (aka drones) can play a role in that evolution now that the Federal Aviation Administration has provided the means to legally fly them to deliver chemicals, collect crop data and inspect fields.

“Imagine having a UAS [unmanned aerial system] that can fly over your entire field to measure the height of the crop to see if it is uniform and then have the software to analyze that,” says Chad Tyson, senior analyst at Evans Inc. “Spectral technology can determine why certain areas are not growing as well.”

Evans Inc. works with a number of drone manufacturers and service providers, and is a consultant to the U.S. Transportation Department and FAA. It refers to the aircraft as unmanned aerial systems, which is the same as UAVs or drones.

Tyson admits drone use by farmers will be a slow process and likely will start with the larger farms that can afford the technology. But he predicts adoption will spread to medium-sized farms as costs decline and younger farmers embrace the new technology.

Getting the license to fly commercial-sized drones will require ground school training and flight time, just like pilots of general aviation aircraft. Knowledge of weather, flight characteristics, weight and balance calculations, and federal airspace rules will be needed. The full text of the federal rules can be found at FAA.gov. Once at the site, search for “Part 107.”

Evans offers custom-tailored ground school courses that prepare drone operators to take the FAA’s test for a Part 107 license. The courses involve 12 to 24 hours of classroom time, plus self-study.

Once trained Evans will work with farmers to set up the software and hardware to run the drones and download the data into a form that incorporates it with the farm’s other precision agriculture tools.

“The weather part should be easy,” says Tyson of the training. “The aeronautical portion of it, where they have to read maps, is going to be a little more challenging, because it will be something that they have not seen before.”

Once they are licensed to fly, Tyson says in certain instances a drone may be cheaper to operate than hiring an aircraft to survey the field or spray an infested area. Modern drones are equipped with GPS and sensitive altimeters that maintain direction and altitude to prevent airspace violations.

“There are a few companies that make a UAS that can carry and deliver a gallon or 2 gallons of pesticide to various spots on the field,” he says. “The barrier of entry is now high as the farmers’ money has to go to something that is useful. If farmers cannot see the usefulness of that product, they are not going to spend what little money they have on it.”

Small drones can be found at local hobby stores for under $100, but commercial-sized aircraft with GPS, sensors and load-carrying capabilities can cost from several hundred dollars to more than $10,000. An online search found a few systems that weigh about 15 pounds and have a payload capacity of 130 pounds. Current FAA rules allow drones up to 55 pounds, including payload, so anything larger would require more money for special authorization, which many farmers may not want to spend.

Once trained, an operator can quickly fly drones to inspect for crop damage after a storm or determine if irrigation is needed. Small cameras with infrared or spectral imaging can determine if the crop is developing properly. New companies are offering drone sensors that interpret the collected crop data.