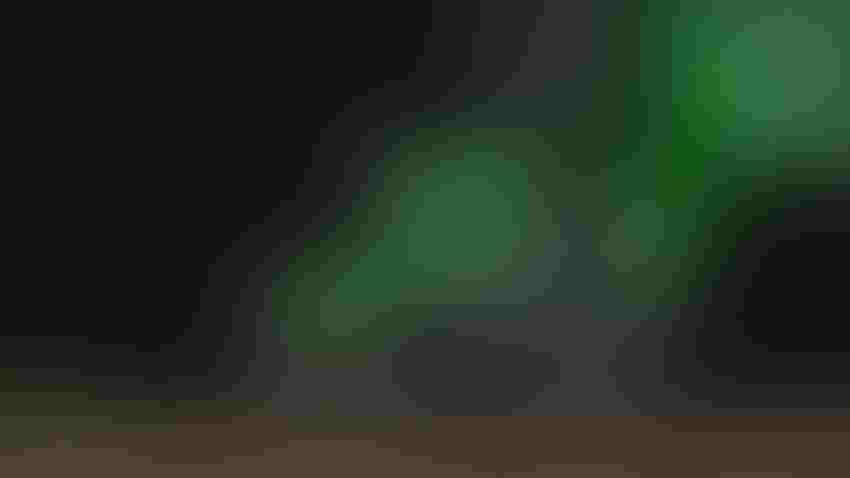 Note: There is a video showing the system in slow motion at the end of this story.

The marriage of sensors, controllers and precision tools is changing the way engineers look at how any task on the farm can be completed. For John Deere, the “sense and act” technology has brought weed-only spraying to market, along with precision harvest adjustment in combines. Each stage of the farm equipment can be fine-tuned to cut input use, and for 2023, John Deere has targeted starter fertilizer.

During the CES keynote presentation in Las Vegas in January, the company announced ExactShot, a tool that mates a sensor with a pulse-wave-modulated nozzle on each row. The two “talk,” and when the sensor sees a seed, it actuates a shot of spray.

How precise is it? The system will deliver just 1 ounce of starter for every 100 seeds in 2.5 seconds. That’s about 0.2 milliliter at each pulse of the spray nozzle.

Lee Johnson, manager of vehicle architecture and technology development at John Deere, says the system can cut starter fertilizer use by up to 60%, but he adds that this is up to the farmer. “The farmer has complete control working to reduce application by 50% to up to 80%,” he explains. That’s the bandwidth offered in the system, allowing a user to dial in just the right amount of starter.

Placement of the sensor near the top of the brush system that carries seed to the ground provides time for dialing in an exact pulse from the nozzle below. “Our planters use a 56-volt system, which allows us to run the valve for faster on-off cycles,” Johnson says.

With 100 seeds going through at less than three seconds, the ability to pulse quickly is key to matching that 10-mph planting speed, which today is more popular. The ExactShot tech at the nozzle is already proven in the ExactApply nozzle found on the latest sprayers. It’s how Deere is further leveraging technology that’s already been developed.

Johnson says the system is not just a factory option for new planters. This is being introduced as a field-install option for current ExactEmerge planters, and the company is working to fine-tune the kits to work with more planters. He sees a future where MaxEmerge planters will also have access to the system.

The kits will be available in limited quantity in time for planting season, and the list of planters will continue to expand. Johnson sees planters as old as 2013 being retrofitted with the system.

“We wanted to focus on serving the market,” he says, noting more than 20,000 planters in the field have the potential to use the system today. The system has been tested in Illinois, Iowa and Nebraska with partner-farmers.

The company estimates that if this technology were used across the U.S. corn crop, it could cut starter fertilizer use by as much as 93 million gallons annually, which would prevent wasted fertilizer from encouraging weed growth.

You can learn more at johndeere.com, or visit your local dealer to learn more about retrofit kit availability.