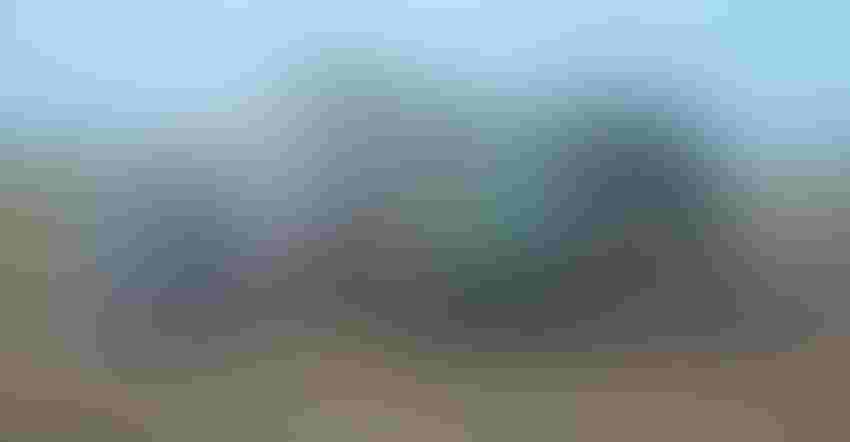 NO. 1: Sugarbeet farms in the Red River Valley help push Minnesota to the top of the list for U.S. sugarbeet production. According to USDA, Minnesota growers produced more than 12 million tons of beets in 2015.

Editor’s note: The American Sugar Alliance recently asked a journalist who was new to sugar policy to research it and write a brief explanation for new Capitol Hill staff or officials of President Donald Trump's administration. We thought it served as a good primer.

First and foremost, it's important to note that sugar farmers don't get subsidy checks from the government, as some critics might claim. Instead, producers get access to loans to keep their businesses running — loans they pay back with interest. This setup enables sugar policy to operate without taxpayer cost.

And contrary to popular belief, the cost of sugar to consumers in America isn't expensive. In fact, under the policy, American grocery shoppers pay less for sugar than world averages, and sweetened-food manufacturers are setting record profits.

A tough market
Sugar is one of the most volatile commodity markets worldwide, because every sugar-producing nation subsidizes its farmers. Sugar behemoth Brazil, for example, spends more than $2.5 billion a year on government programs.

This foreign subsidy environment puts American farmers at a disadvantage, but U.S. sugar policy helps level the playing field. It equalizes supply and demand in the market by giving USDA four tools:

• loans to producers that are repaid with interest
• marketing allotments to U.S. producers that give them the opportunity to compete, to fill the portion of the U.S market not guaranteed to foreign producers
• import restrictions beyond existing trade concessions, to ensure America fulfills existing trade deal commitments without overwhelming the U.S. market
• a conversion-to-fuel option if the U.S. market becomes oversupplied because of subsidized imports (note: this option has only been used once, after Mexico dumped subsidized sugar into the U.S.)

The loan program is central to the sugar policy's success and financial accountability. Producers may borrow money to run their companies using sugar as collateral — much like a mortgage borrower uses a home as collateral.

If the sugar price per pound drops below the minimum set by Congress in the law, loans may be satisfied with collateral instead of cash — similar to losing your home if a mortgage cannot be repaid. In that case, USDA must record a budgetary expense and sell the sugar.

The system of crops-as-collateral has been very stable, and has helped sugar policy remain at virtually no cost to taxpayers.

Significant forfeitures have occurred just once in more than a decade, and USDA predicts that it will not occur for — at least — the next 10 years. The last forfeiture occurred in 2013, and was a direct result of Mexico violating U.S. trade law by dumping low-priced, highly subsidized, sugar on the U.S. market.

To help stabilize prices and avoid forfeitures, USDA gives domestic producers the opportunity to compete for up to 85% of America's expected consumption needs.

The rest of the market is filled with foreign sugar, making America one of the world's largest importers. But, imports are restricted beyond the amounts set through trade deals with 40 nations — again, helping keep U.S. prices predictable.

However, if imports exceed America's needs, as was the case with Mexico's dumping, USDA may convert sugar to ethanol fuel, or non-food uses, to prevent an oversupply.

A secure supply
With roots that trace back to food security concerns in the American Colonial period, the current structure of U.S. sugar policy began to take shape following the rationing of sugar during World War II.

American policymakers realized that relying on foreign nations to provide food staples was a security risk, so they reworked America's sugar policy to encourage domestic production and shield U.S. farmers from the worst effects of foreign subsidies and trade-distorting practices.

It worked. Today, sugar is produced in 22 states. The industry supports 142,000 American farm jobs with an annual economic impact of $20 billion.

The cost candy manufacturers pay for refined sugar has remained remarkably flat since the 1980s — helping them make record profits.

The future
American sugar farmers and processors are just like other hardworking taxpayers. They would rather have no government price policy.

They've built one of the most efficient systems in the world, and they believe they could compete with any other nation if prices were fair.

But the simple truth is that prices, globally, are not fair. They are rigged to favor heavily subsidized producers like Brazil, Thailand, India, Europe and Mexico.

That is why American sugar farmers and producers have backed a multilateral "zero-for-zero" subsidy reform plan. Under the plan, America would give up its policy and eliminate its tariffs if foreign countries would eliminate their subsidies and market-manipulating policies.

But, until all the sugar-producing nations come to the table and put all the subsidies on the table, a policy is needed to protect American farms, jobs and supply. And luckily for America, this policy continues to cost taxpayers $0.