These aren’t your grandfather’s soybeans. 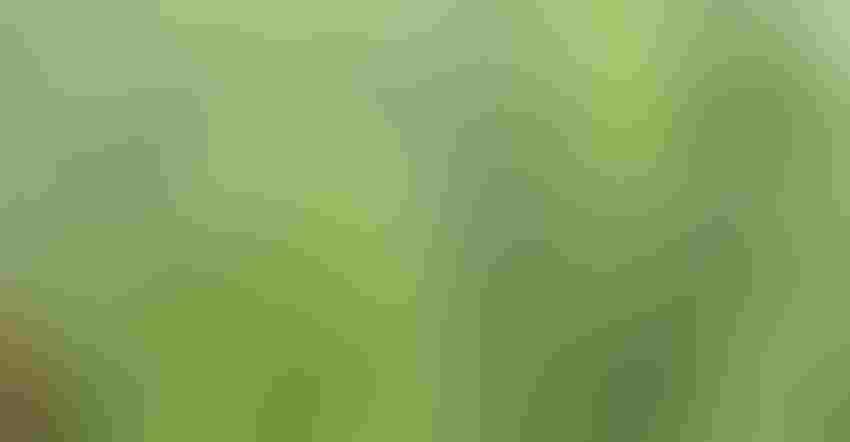 COLOR TELLS STORY: The most modern varieties in the lower right-hand corner are darker green. They use more nitrogen and chlorophyll.

How do you learn if you don’t look at history? That’s why Shaun Casteel grew leading varieties from various periods of the past and took pictures. Some considered it a novelty to see old varieties, but Casteel felt he could learn something from studying their differences.

Everyone agreed on one attribute: color. “Soybeans of today are generally much darker green compared to varieties which were grown earlier,” Casteel says. While he acknowledged there are still differences in degrees of light vs. dark green in modern varieties, overall, today’s varieties are darker green.

That’s partly why they have more yield potential, he notes. Modern varieties also tend to be shorter and produce more nodes per plant. That’s not surprising, considering that the earliest varieties were developed for forage instead of their seed components.

Nitrogen and sulfur are key components of chlorophyll, so these nutrients are needed in greater quantities by modern varieties. Modern plant design and quicker canopy closure due to narrow rows and earlier planting, coupled with increased chlorophyll content, sets the stage for higher yields, he says.

Casteel looked deeper than just color when he analyzed plants from soybean varieties of 1964 vs. 2011. He checked for nitrogen and sulfur requirements as the season progressed. “If you chart it out, modern varieties have a much greater need for these nutrients later in the season,” he says. “When you look at sulfur uptake by stage of growth, the graph line for sulfur uptake at the R6 stage in modern varieties goes up much higher and steeper compared to varieties prevalent 50 years ago.”

What that means, he believes, is that soybeans today can utilize nitrogen and sulfur during late pod fill to produce bigger beans and increase yield.

The Catch-22, however, is that less sulfur is available to plants from the atmosphere today than 50 years ago. Since 2000, there has been a sharp decrease in the amount of sulfur in the atmosphere since utilities burning coal were required to reduce sulfur emissions.

That’s likely one reason Casteel saw surprising yield increases at several locations for adding sulfur for soybeans over the past few seasons. There are still many questions, and he doesn’t see a response to sulfur at every location. He believes he is seeing “situational responses,” where sulfur may be needed in greater quantities than the soil can supply, especially early in the season.

Casteel suggests farmers try strips with and without sulfur in their own fields in replicated tests to determine if adding sulfur pays. However, he adds that if it comes to planting soybeans or delaying planting to apply sulfur first, he would plant. Timely planting is critical for soybeans, he concludes.