Corn going to southeast and down river. 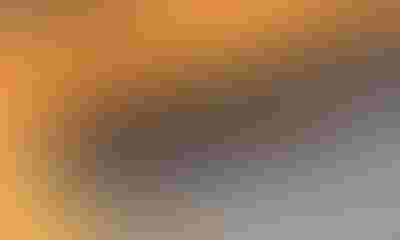 Midwest corn was sold into the southeast poultry and ethanol markets for August and September delivery, while river terminals are sending barges of it to Gulf export points, grain dealers said this week.

The increased demand for corn pushed up basis bids to farmers by a few cents in the past week, which partially helped offset the recent drop in Chicago corn futures.

“I sold two trains to the Southeast for September. It hasn’t been a big push, but it provided us with a decent margin,” a central Illinois dealer said of the corn business.

In central Iowa, corn was going by rail to California dairies and ethanol plants as well as to the southeast markets.

Midwest corn was sold into the southeast poultry and ethanol markets for August and September delivery, while river terminals are sending barges of it to Gulf export points, grain dealers said this week. (Photo: DarcyMaulsby/Thinkstock)

In river markets, soybeans are being shipped to the Gulf, but inland sales have been fairly quiet, with a few shipments to local processors.

Despite some higher basis bids, farmer selling of corn and soybeans has been light following the drop in futures since early July. September corn was above $4 in late June but has since fallen to about $3.50 as steady rain showers across the Midwest has three-quarters of the corn in good to excellent condition. New-crop December went from $4 to about $3.57 in that time.

USDA’s weekly grain transportation report said 1,058,646 metric tons of grain were shipped by barge during the week ended July 9, a 37% increase from the prior week and up 45% from a year ago.

For truckers, the U.S. average diesel fuel price slipped 1 cent in the latest week to $2.41 per gallon for the week ended July 11. That is down 40 cents from the same week last year.

Farmers grateful for the rain

Widespread rain fell across much of Illinois and Iowa the past few days and forecasts have more coming, which grain dealers said will help the corn and soybeans endure this week’s hot weather. Rain amounts of 1 to 3 inches were common for much of the Midwest last week.

An Illinois dealer agreed. “You could not ask for much better going into this week’s hot, dry weather,”

In central Illinois there may have been too much rain. Near Dwight, four to six inches fell in 3-1/2 hours Sunday night, which likely damaged some crops. That storm included a few tornadoes.

In weekly crop progress reports late on Monday, states acknowledged the rain helped crops. Corn remained at 76% good to excellent, unchanged from a week ago and soybeans were unchanged at 71%.

“Thunderstorms were again widespread on Wednesday as a cold front moved across the state,” the Iowa report said. “Much higher humidity moved back into Iowa Saturday night and Sunday (17th) with the moisture surge bringing rain statewide early Sunday morning with 2- to 3-inch rain totals common from the Iowa Great Lakes region eastward to the Mason City and Decorah areas.”

The statewide average precipitation in Iowa last week was 1.65 inches, well above the weekly normal of 1.05 inches. Illinois’ state report was not available, while Indiana’s said light showers reached dry areas of the state, but also fell in saturated portions in the south.

“Corn continues to progress quickly with the warm temperatures. Wind damage from storms is still present in corn fields,” the Indiana report said.