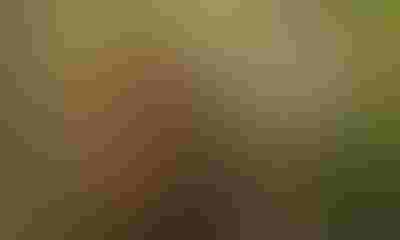 Updated with comments from Bryce Knorr.

USDA on Monday raised its forecast for this fall’s soybean harvest nearly 3.5% to 4.2 billion bushels from the August estimate, which surprised traders who quickly sold Chicago soybean futures lower.

The corn harvest forecast was trimmed to 15.09 billion bushels from the August estimate of 15.15 billion, but the latest number was still higher than what many in the trade had expected.

“USDA’s token reduction in corn yields and big increase in soybean production cast a bearish tone to today’s report, but the second guessing is already underway,” said Bryce Knorr, Farm Futures senior grain analyst. “USDA’s sharp increase in soybean yields showed increases across virtually the entire Midwest, a trend that has not been borne out by crop ratings since the Aug. 12 estimates.”

Following the report, November soybeans traded about 17 lower for the day after being about 7 cents higher ahead of the report. Corn futures were about 3 cents lower after the report.

“By cutting its forecast of Chinese imports the agency may again be setting itself up for that trend to emerge. However, it will take time to play out, which could leave beans vulnerable to outside market pressure into harvest and the Sept. 30 stocks reports,” Knorr said.

“The small reduction in corn yields is surprising given how many states saw a reduction,” Knorr said. “But in any case supplies continue to look burdensome, limiting potential for rallies.”

USDA left its total wheat numbers unchanged from the August report, with U.S. production at 2.321 billion bushels, exports at 950 million and ending stocks at 1.1 billion. Wheat futures were a little higher shortly after the report, which Knorr said could be related to the dry conditions in the Black Sea, but he warned “the fundamentals remain bearish for now”.