Airflow and air temperature are the challenges with natural air systems. 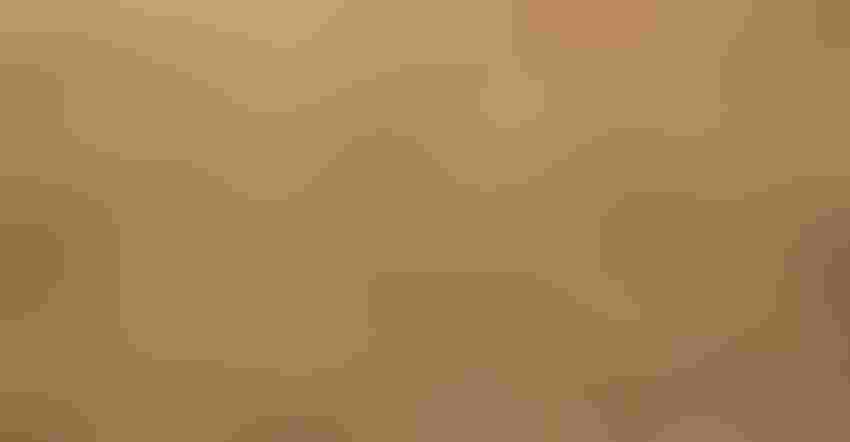 DRY BEANS: High temperature dryers can be used to dry soybeans in a wet fall, but limit the dryer temperature to minimize damage to the beans.

You still might be able to use a natural air system to dry soybeans to about 12% moisture for long-term storage, says Ken Hellevang, North Dakota State University Extension ag engineer. But time is working against you.

If the beans come off the field at a little drier —16% instead of 18% moisture — the drying time with an airflow rate of 1 cfm/bu will be about 50 days, Hellevang says.

Fan horsepower
The size of the fan required to achieve the higher airflow rates becomes excessive unless the grain depth is very shallow, Hellevang says.

The fan type greatly affects the airflow provided per horsepower. Use the fan selection software program (https://bbefans.cfans.umn.edu) developed by the University of Minnesota, Hellevang suggests.

Adding supplemental heat to raise the air temperature by 3 to 5 degrees F will get the soybeans to about 11% moisture in 40 to 45 days.

Uneconomical at 35 degrees
However, the colder the air gets, the less moisture it will hold. When the average outside air temperatures gets down to about 35 degrees, natural air drying becomes inefficient and uneconomical. Adding heat at this point causes the bottom of the bin to be dried to a lower moisture content and it increases drying speed only slightly.

If the beans aren’t dry when the average outside temperature drops below 35 degrees, cool the soybeans to 20-30 degrees for overwinter storage. In the spring, when the air temperature rises, you can finish drying them, Hellevang says.