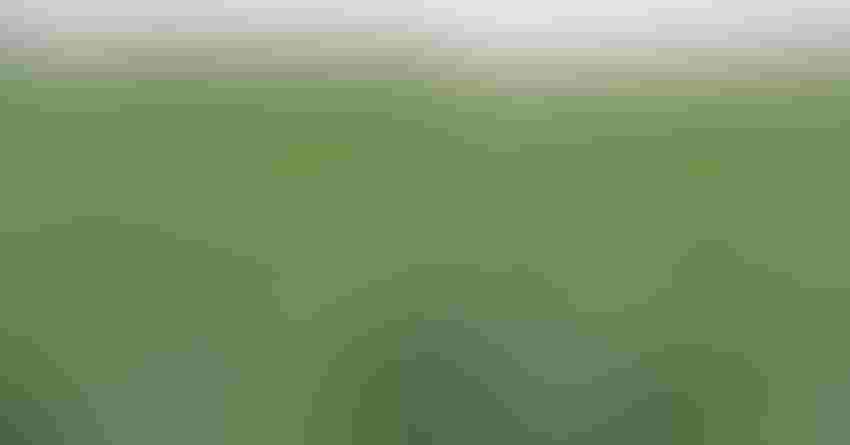 Rotating SCN-resistant sources of resistance is an active management strategy advised by the SCN Coalition, but easier said than done for Midsouth growers. DFP Staff

Soybean cyst nematode continues to rank as the top yield robber of soybeans in the U.S. and Canada and it’s showing no signs of stopping. Since 2017 SCN has continued to move into new areas, and, according to experts is becoming harder to control.

“We’re seeing bushels upon bushels of soybeans lost. The biggest challenge is yield loss can occur in the absence of symptoms. We’ve observed yield loss of up to 30% in fields that looked fine,” said Kaitlyn Bissonnette, Extension specialist with the University of Missouri. Bissonnette was speaking at a Grow in the Know SCN webinar, sponsored by the SCN Coalition and BASF.

In addition to SCN expanding to new geographic areas, there is evidence these nematodes are also adapting to PI 88788 — the most common source of SCN resistance that is available in about 95% of SCN-resistant varieties. In Tennessee, for example, the SCN Coalition reports that 93% of fields planted to soybean varieties with PI 88788 sources of resistance have seen SCN numbers increase more than 10%.

“This elevated reproduction tells us these sources are no longer as resistant as they once were,” said Bissonnette.

Rotating sources of resistance would slow SCN’s growing tolerance to one source. The problem for Midsouth growers is there are few desirable alternatives to PI 88788. Peking is the second most widely used source of SCN resistance, but it is not a major player in southern soybean genetics. A search of seed companies’ websites revealed Peking resistance could only be found commercially available in maturity groups earlier than MG3.

Expanding the sources of SCN resistance is not an easy task. Public soybean breeders have spent years working with SCN resistance breeding lines other than PI 88788. Unfortunately, breeding resistance genes from those other sources — such as Peking and Hartwig — into elite varieties has been challenging.

More resistance genes on the way

However, Mitchum says there are additional resistance genes that haven’t been used yet in commercial soybean varieties. “We’ve only utilized Rhg1 and Rhg4, and that’s what you see in growers’ fields, but we can breed with other sources to introduce other resistance genes.”

Mitchum is working closely with soybean breeders to investigate other sources of resistance. “We’ve already found new genes and gene combinations that are different from Rhg1b in PI 88788 and the Rhg1a/Rhg4 combination in Peking to help fight back against virulent SCN.”

For several years, checkoff-funded researchers have been working to identify novel types of nematode resistance. Advances in technology, such as the ability to clone resistance genes and the development of precise molecular markers, have allowed university soybean breeders to speed up the process of getting resistant cultivars out to commercial breeders.

The goal is to get more SCN-resistant modes of action on the market for farmers and protect existing SCNresistance sources. “We want to keep PI 88788 in the toolbox and offer growers other options to protect their soybean yields,” Mitchum says.

Beyond variety selection, crop rotation is still effective within reason, according to Bissonnette.

“We can’t get rid of this through crop rotation alone, but cultural practices like that along with planting certain species of cover crops and improving weed management can help,” she said.

“Growers could also consider using SCN seed treatments, especially where SCN populations have gotten out of control,” she added. Results from an SCN Coaltion survey showed the number of growers using nematode protectant seed treatments has almost doubled over the past five years.

“Soil testing will always be the first step in SCN management. Those results will give you a better idea of how intensively to manage, but it’s much easier to keep counts down than reduce high numbers,” Bissonnette said. “The most important steps will be selecting resistant varieties and using different resistance sources. If that’s not an option for you, at least rotate varieties within PI 88788.”

To learn more about the checkoff-funded research that’s focused on bringing new tools to soybean growers in the fight against parasitic nematodes, watch the Research Collection of “Let’s Talk Todes” videos.