Cooperative research have found a way to boost soybean's natural defenses against nematodes. 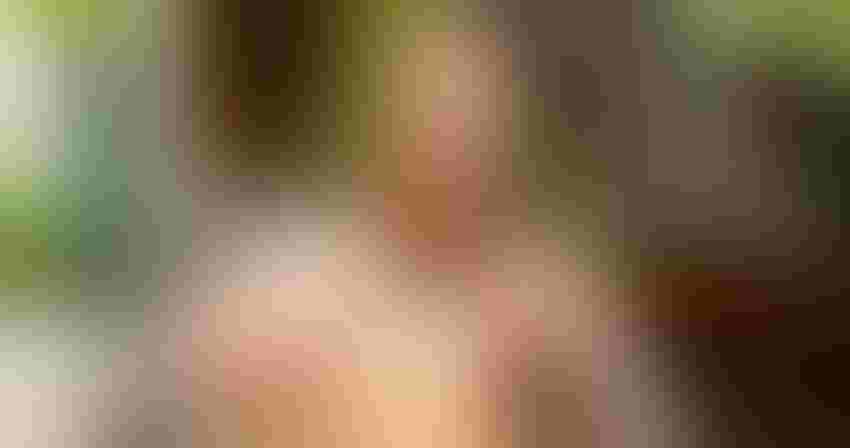 Post-doctoral fellow Payal Sanadhya extracts root-knot nematodes from a hydroponic nursery.Fred Miller, U of A System Division of Agriculture

There's hope on the horizon for soybean farmers who battle nematodes, those tiny roundworms that damaged more than $95 million worth of soybean crops in Arkansas last year.

After several years of research, scientists with the Arkansas Agricultural Experiment Station and other land-grant institutions in California, Washington and Indiana have found a way to boost a soybean plant's natural defenses and reduce reproduction of soybean cyst and root-knot nematodes using special amino acids called peptides.

“We saw that seed treatments with synthetic plant-elicitor peptides were able to reduce soybean cyst nematode and root-knot nematode infection,” Fiona Goggin, professor of entomology at the experiment station, the research arm of the University of Arkansas System Division of Agriculture, told a group of scientists at the Arkansas Biosciences Institute’s fall symposium. “And we have new results showing that rhizobacteria, or bacteria that colonize root systems, can represent a promising alternative approach to deliver those peptides for nematode management.”

Plant-elicitor peptides (PEPs) are natural signaling molecules that initiate a defense response in plants when damaged by nematodes or disease. While there are a variety of nematode-resistant cultivars that Arkansas growers can choose from, none can control all strains of soybean cyst nematode and root-knot nematode at the same time, Goggin said. The nematodes cause similar damage to the plant, but they are genetically different.

“So, we need additional control measures that are broad spectrum and not just targeted on one species or the other,” Goggin said.

In addition to coating soybean seeds with synthetic, resistance-boosting peptides, the researchers also experimented with a common, non-pathogenic bacteria that was modified to deliver plant-elicitor peptides. A benefit of the bacteria-delivery method over the seed-coating is longer protection through the plant’s growth cycle. Goggin said tests show the bacterial treatment reduced reproduction of soybean cyst nematode. Her team is now conducting experiments to see if the method works on root-knot nematode as well.

Goggin said that of the diseases that attack soybean, the No. 1 cause of soybean yield loss in the U.S. is soybean cyst nematode, and root-knot nematode is in the top five pests of the crop. Arkansas has a bigger problem with root-knot nematode.

Economic losses to soybean crops in Arkansas from root-knot nematode increased 180 percent from 2011 to 2021, according to data from the Crop Protection Network. The network’s data show that root-knot nematode created a 4 percent yield loss of soybean crops in the state last year –– over 6.6 million bushels valued at over $84.6 million. Soybean cyst nematode damaged about $10.5 million in Arkansas soybeans last year.

Scientists with the Arkansas Agricultural Experiment Station have several research projects aimed at improving soybean production. In terms of cash farm receipts, soybeans have the highest value among row crops in Arkansas at $1.565 billion, according to the 2022 Arkansas Agriculture Profile.

How the method works

Prior research in other laboratories showed that a plant’s responses could be made stronger against pathogens and insects when either provided excess propeptides or supplied with the bioactive peptide artificially. Goggin collaborated with Alisa Huffaker at the University of California-San Diego, a researcher involved with the original discovery of plant-elicitor peptides in Arabidopsis, a plant commonly used for experiments. Together, they showed that treating soybean seeds with soybean plant elicitor peptides could reduce infection by soybean cyst nematode and root-knot nematode, without suppressing root growth or seed development.

Because the effects of seed treatment may not carry over into later stages of the growing season, the Goggin lab also experimented with using a bacteria delivery system for long-term impact and potential cost savings.

Because the alternative treatments boost the plant’s natural defenses, it could decrease the potential for pesticide resistance, Goggin noted. Certain pesticides used for nematode management are used for other problems like fungi.

The science behind their discoveries may also be effective in other plants that are susceptible to nematodes, she added.

“It’s possible that these peptides could work on other soilborne diseases, and we’re also interested in pyramiding these genetically modified rhizobacteria with other biocontrol agents that are being explored for nematode or disease management,” Goggin said.

With positive results from the use of a modified bacteria to introduce plant-elicitor peptides to soybean plant roots and reduce nematode reproduction, the collaborative research effort could lead to commercial development of an alternative pathogen management system that has long-lasting effects and overrides pesticide resistance.

A collaborated with Cynthia Gleason at Washington State University and Lei Zhang at Purdue University, who had previously used bacterial to deliver peptides in potatoes. Initial results are promising and suggest this approach can help limit soybean cyst nematode, Goggin said.

Some seed funding for this research came from the Arkansas Biosciences Institute, Goggin said at the symposium. The U.S. Department of Agriculture’s National Institute of Food and Agriculture also awarded a $499,936 grant to Goggin and co-investigators John Rupe and Alejandro Rojas in 2021 to investigate methods of boosting the defense response ofsoybeans against nematodes and soilborne pathogens.