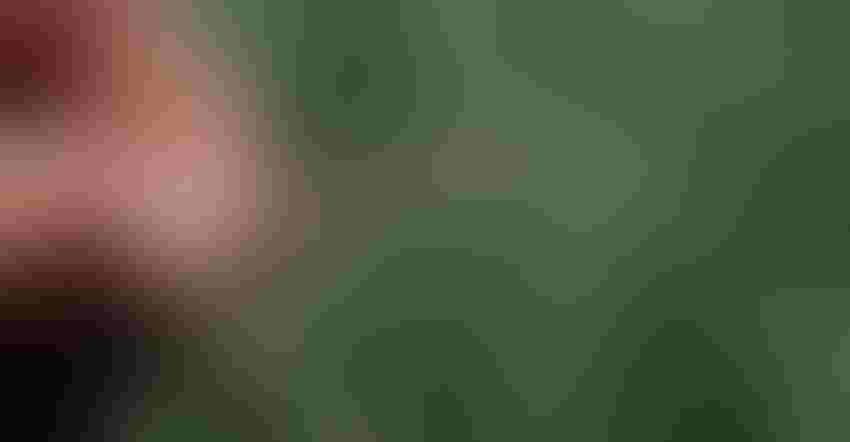 Iowa State University annually evaluates the agronomic performance and nematode control of hundreds of soybean varieties that are resistant to soybean cyst nematode. A limited number of SCN-susceptible soybean varieties are included in the research to serve as a reference point for comparison.

The work is supported by the soybean checkoff through the Iowa Soybean Association. The experiments are conducted in each of Iowa’s nine crop reporting districts.

Greg Tylka, ISU Extension nematologist, provides the following interpretation and information of the 2018 test results. As a professor in the ISU department of plant pathology, he has Extension and research responsibilities for management of plant-parasitic nematodes.

PI 88788 is the source of resistance genes for more than 95% of resistant varieties in Iowa, whereas currently, Peking resistance is available only in 35 varieties.

SCN populations build up
Even though initial SCN population densities were low in all but one experiment, differences in yield between resistant and susceptible varieties occurred in all the experiments and ranged from 3.8 to 19.3 bushels per acre.

For example, the initial SCN population density in the experiment near Urbana in east-central Iowa was 448 eggs per 100 cubic centimeters of soil. And the average yield of resistant varieties was 14 bushels per acre (or 35%) more than yields of the susceptible varieties in that experiment. This large yield difference shows the potential for low population densities of SCN in the soil to reduce soybean yields.

SDS has an effect
SCN is never the sole pathogen or pest within a field. Efforts are taken to not use fields with a history of other diseases to conduct the SCN-resistant soybean variety evaluation experiments. Also, substantial efforts are put forth to control weeds and insects (if warranted). However, disease levels sometimes reach the extent that they likely affect the yield results of the experiments. Such was the case with soybean sudden death syndrome in 2018 in three of these trials.

Significant SDS occurred in the experiments conducted in northeastern, west-central and east-central Iowa. For those three experiments, SDS incidence and severity were rated for each plot, and an SDS disease index was calculated and included in the tables in the report with the other data for those experiments.

The data from these experiments represent a limited number of locations and should be used only as a beginning point for developing a SCN management program for a specific field. Performance of individual SCN-resistant soybean varieties in SCN-infested fields will vary among locations and years. Farmers and those who advise them are encouraged to evaluate several SCN-resistant soybean varieties at their own locations to determine the best varieties for their local conditions.

Source: Iowa State University, which is solely responsible for the information provided and is wholly owned by the source. Informa Business Media and all its subsidiaries are not responsible for any of the content contained in this information asset.