Soybean Watch: Check plants around volunteer corn to see if they branched the same. You may be surprised at what you find. 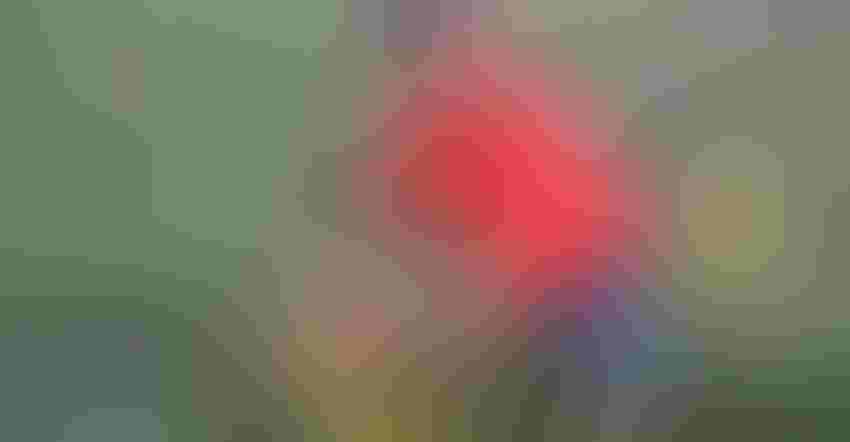 MISSING BRANCHES: Agronomist Steve Gauck holds up this soybean plant growing near a volunteer corn plant to show that the side nearest the corn plant didn’t branch as much, meaning it produced fewer pods. Photos by Tom J. Bechman

Volunteer corn appeared to be a bigger problem than usual in many soybean fields across the Corn Belt in 2021. Many plants grew from individual kernels instead of whole ears because they tended to be scattered rather than growing in clumps.

“We advise including a herbicide to take out volunteer corn early if you have that issue,” says Steve Gauck, a regional agronomy manager for Beck’s, based near Greensburg, Ind. Beck’s sponsors Soybean Watch ’21.

Related: Early weather stress shows from above in soybeans

Gauck notes that unless you grow non-GMO corn, glyphosate likely won’t kill volunteer corn. The volunteer corn plants will likely also be resistant to glyphosate if the parent plants carried the trait. The same thing applies to spraying them with glufosinate if the parent was a LibertyLink hybrid. If you’re going after volunteer corn with a postemergence application, it may require adding a herbicide that can eliminate the corn, no matter what traits it contains.

The important thing is to make that application early in the season if you have volunteer corn plants showing up in soybeans, Gauck says. It’s more than just a matter of unsightly volunteer corn in the field. And the main threat is not that volunteers will produce ears that result in scattered corn kernels in the semiload of beans. That can happen, but the real problem is a matter of the competition they pose to soybean plants early in the season.

“The soybean considers any plant competition, including volunteer corn plants, not just things we recognize as weeds,” Gauck explains. “My advice is always to start with a residual herbicide and then spray early to get weed escapes. The longer any plant grows next to a soybean plant, the greater the chance that that soybean plant will produce fewer pods and beans.” 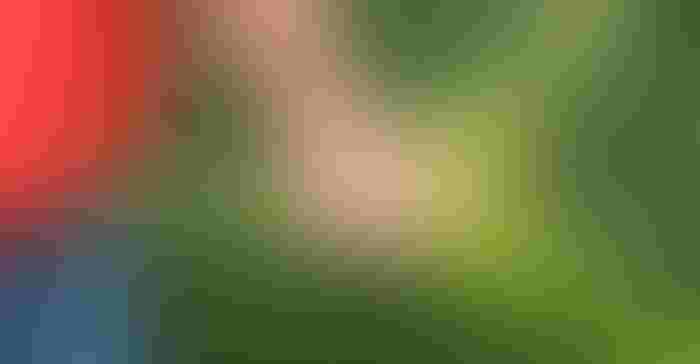 “Fewer branches usually mean fewer pods produced,” Gauck says. “We get yield from having more nodes, more pods and more total beans per acre. If a branch doesn’t form on one side of the soybean plant because a corn plant was there, it means you will likely have fewer total pods on the plant.”

In this case, the volunteer corn was sprayed, but late in the spraying season. Gauck pulled several stalks and confirmed that the growing points were dead. “Unfortunately, some damage was already done,” he concludes.