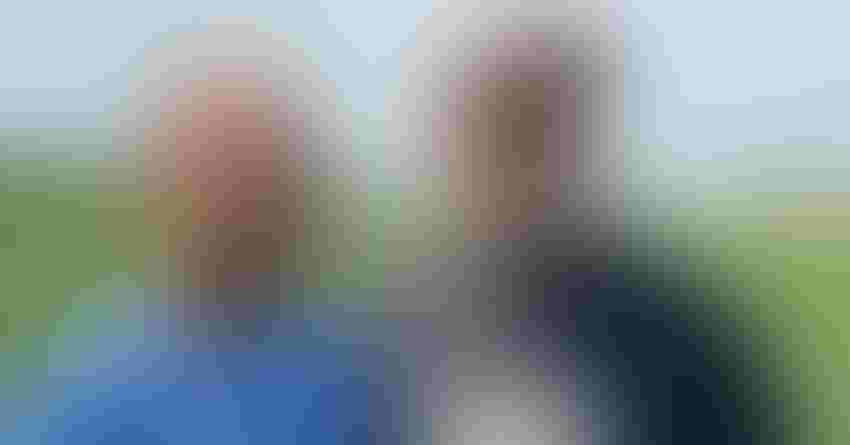 Matt MIles, right, and son Layne, are looking at a potential three crop year on 47 acres in eastern Arkansas.Matt MIles

Matt Miles is known for extreme soybean production. This year, he and his team have managed to produce double-cropped soybeans on a 47-acre field in McGehee, Ark.

A mid-November harvest is planned for the second bean crop, and sights are set higher. Miles aims to follow the second crop with winter wheat, making it a triple crop for the season. How did this game plan transpire? 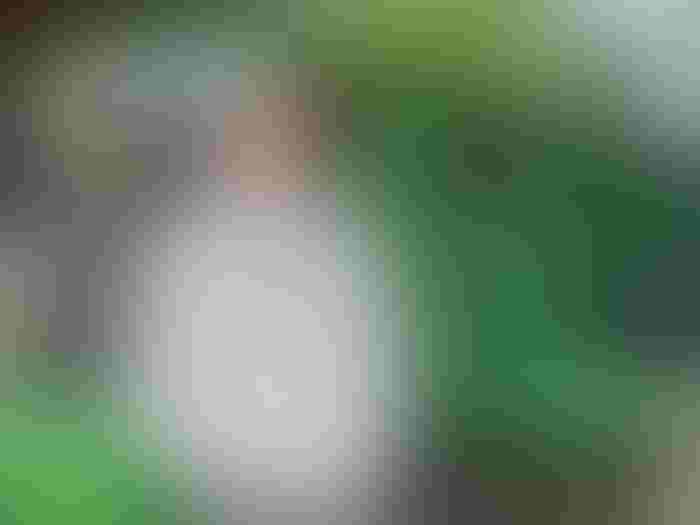 The 4th generation farmer referred to a team meeting in February 2022. Miles, his son, Layne Miles, and agronomist Rob Deadman debated the question, “How early is too early to plant soybeans?”

Field prep on Miles’ farm begins after harvest. When they prepped the 47-acre field, Miles and his team had no idea it would be the site for double cropped soybeans the next season.

“We put out poultry litter after harvest and get in as much fall prep as possible.

“We grid sample this field every year, put out the litter based on last year’s samples, and apply a variable rate synthetic potash in the spring after the new sample results come back.

“We try to no-till or minimum till our soybeans and cotton and usually deep till our corn ground. In 2021, this field was planted in corn,” he added.

The field was fertilized and ripped, and beds were raised for furrow irrigation.

Fast forward to February and the early planting date.

Miles and Deadman discussed soybean varieties and selected a 4.1 AgriGold bean. They were impressed with the previous year’s data and expected it to heighten early in the season. 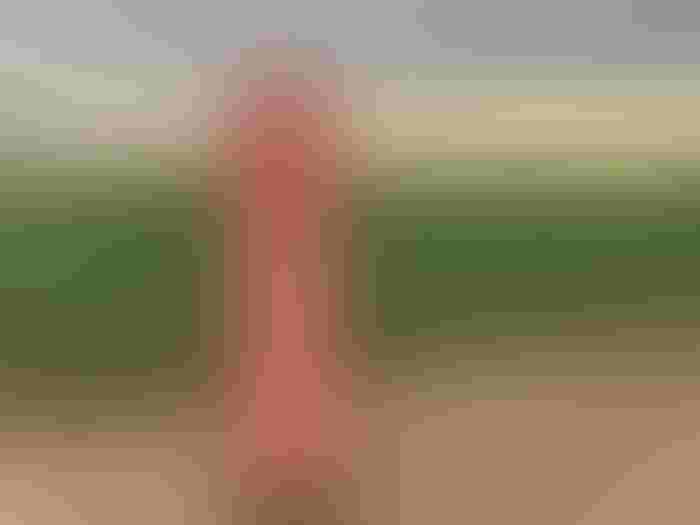 Miles has a strong track record of producing Grow for the Green Challenge crops. (Matt Miles)

They hit the first challenge when they set out to plant on Feb. 18. Limited rainfall after fall field prep had loosened the soil.

“The planter was not running the way I wanted it to run. So, we re-tilled the field and rolled it to get the beds better prepared for planting,” said Miles.

While this accounted for extra tillage trips across the field, it was no sweat.

“That would have happened whether we planted in April or February. It was just the luck of the draw in the field we chose and what was done the previous year,” he said.

They planted the crop at a seeding rate of 150,000, then took early measures to keep the seedlings healthy.

“We applied an in-furrow stress mitigating mixture and a fungicide to protect the seedling as much as possible,” he said.

Miles took a calculated risk when he decided to skip a pre-emergence herbicide application on this crop. The call was far outside of his weed control playbook. He explained the reasoning.

“First of all, weeds were not going to emerge until mid-March. So why utilize a pre-emergence application mid-February when there are no weeds out there?

“Second, a hot pre-emerge is hard on the seedling in the soil.” Considering the risk, “It could make it more difficult to get a stand so early in the season,” he added.

“Those beans stayed in the ground for 30 days. They had two inches of snow, multiple days below freezing, and two frosts. They just kept growing.

“Every time I went out there, I expected them to be brown and dying.

“Believe it or not, you could go out and dig up those seeds, and they were white, viable and pretty.”

Warmer weather brought on plant emergence and stand establishment. They applied 100 pounds of ammonia sulfate to ensure a healthy crop with a strong root system.

The soybeans canopied and reached mid-thigh height. A July harvest was in sight, leaving the team with more questions.

Could they plant something behind this crop? What play should be called next?

They decided it would be too late to plant corn in July. The second crop had to be soybeans.

Selecting the variety was challenging. The late planting window called for a different maturity group. 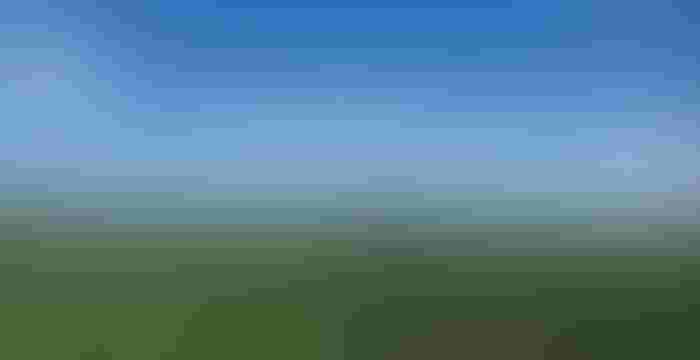 The second soybean crops was planted in July (Matt Miles)

Miles also considered pod shatter during the first harvest and the potential emergence of voluntary beans in the second crop.

Using the same technology for back-to-back crops of different maturity groups would be a recipe for disaster. The dicamba resistant varieties typically grown on the farm would be a bust in this scenario. The technology had to change.

After extensive consideration they chose a 3.1 variety in the Enlist system. Miles added, “These would be the first Enlist beans I ever planted in my life.”

Seed availability was the next obstacle to tackle.

“In July, seed is pretty much sold out or has gone to the elevator. Logistics and getting the seed here in time was becoming an issue,” he explained.

The first crop was harvested on July 28, bringing in 79.46 bushels per acre.

The crop came in while Miles was in South Dakota to present at a field day. His son, Layne, and team were back home harvesting with no seed to plant for the second round of soybeans.

Miles made phone calls from afar and scrambled to locate seed. He found the variety in Illinois and sent a farm employee on the long-distance drive from Arkansas. He accepted the handoff and rushed the seed back home.

A rain-delay postponed planting by one more day.

They bumped up the seeding rate and planted the second crop on Sunday, July 31.

The soil temperature was 102, and Miles had concerns.

“I had never planted beans in that kind of heat. There was a good chance they would rot in the scorching sand,” he said.

Miles counts eveyone on his team vital to his success. (Matt Miles)

To his surprise, the Arkansas weather shifted. “Miserable conditions turned into perfect conditions. It started to sprinkle as we were planting the last 12 rows.”

That was a game changer. A slow 8-hour rainfall followed, gaining 8/10 of an inch of water on the field.

“Cloud coverage cooled the soil. Water germinated the seed, and the beans came up,” Miles recalled.

100 pounds of ammonia sulfate was applied to the second crop.

This crop is now close to canopy, at an R5 growth stage with 12 to 15 plant nodes. Harvest is planned for mid-November.

Closing the Season with a Third Crop

Miles is committed to a third crop, yet many decisions are still to be made.

He plans to sow wheat, then desiccate and harvest the second soybean crop.

Fallen leaves from the desiccated bean plants will act as a cover to protect the soil moisture level for the sown wheat.

This may be an Arkansas first, with three crops on one acre in one year. Can it be replicated?

“Everything must work right. This year was perfect. The early planting test just snowballed as the season progressed,” he affirmed.

Miles plans to repeat the strategy on limited acres next year. He said that more research is necessary before attempting this on a large-scale acreage.

“This could be a one-shot wonder. It may be a disaster next year, but I enjoy trying new things, learning from others, and sharing the results,” he said

Success does not come without a strong support system. Miles calls his “Seal Team Seven.” He spoke highly of his farm team’s work ethic and fondly mentioned a host of ag mentors who have taught him over the years.

He also mentioned his late father and late father-in-law who were farming neighbors and good friends. Miles referred to his wife, Sherrie and the 47-acre field.

“Her dad was actually born in a house on that property. I knew him before I even knew Sherrie. When I got the opportunity to farm it, I wanted to do something special there,” he professed.

Miles and his team have done exactly that. The projected triple crop field is the same place they set their first state record of 108-bushel soybeans in the Arkansas Grow for the Green Challenge.