Deer damage to South Carolina soybeans and other crops is significant 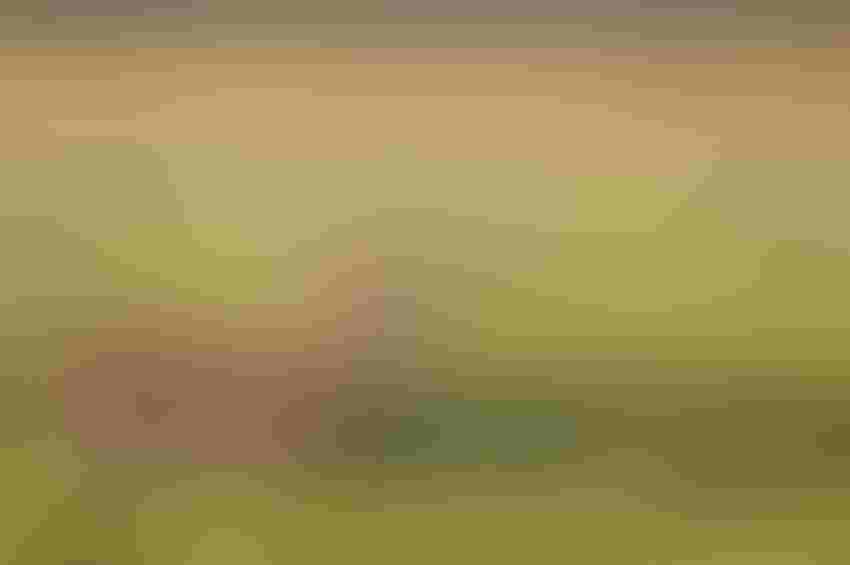 Many farmers are spending $25 or more per acre on deer repellents. MidwestWilderness / iStock / Getty Images Plus

Deer are unwelcome guests to any soybean field, with figures showing they cause a whopping $30 million annual loss to South Carolina soybean farmers.

The $30 million number comes from USDA’s National Agriculture Statistics Service for 2020, coupled with recent Clemson University research showing an estimated loss of soybeans pegged at 3 million bushels. However, Kendall Kirk, a precision ag engineer at Clemson University, cautioned that the $30 million figure is a crude estimate, due to the limited data currently available on deer damage to crops in South Carolina.

At the South Carolina Corn and Soybean production meeting, organized by the South Carolina Soybean Board and Clemson Cooperative Extension, at the Santee Civic Center in Santee, S.C., Dec. 14, Kirk highlighted results of the ongoing research looking at deer damage to soybeans in South Carolina.

Kirk credited Clemson Extension Wildlife Biologist Cory Heaton and Ph.D. graduate student Perry Loftis for doing most of the “heavy lifting” and work on the important project. He stressed that deer population estimates conducted by Clemson near agriculture production land demonstrates much higher populations than those reported by the South Carolina Department of Natural Resources, which represent regional averages in various areas of the state.

Among the research findings:

Kirk stresses these figures are extrapolations and should be considered crude estimates, given the limited data currently available. Certainly, the question remains, what can farmers do to limit deer damage to soybeans and other crops?

“When the natural forage runs out, in a dry year, when they don’t have anything to feed on in the woods, where are they going to go?  If they are hungry, they are going into your fields. They probably don’t want to come into the fields in the open; they want to stay in the woods if they can, if there is enough for them to eat there, but they will come into your fields when they need to,” Kirk said, noting that it comes down to the risk versus the reward for the deer.

Kirk notes not everyone uses deer repellents, while some farmers use repellents on just some of their land. But he said many farmers are spending $25 or more per acre on deer repellents.

“Nobody wants to hear this, but if you were to put in a high fence, it’s not unreasonable to say you could do it for $250 per acre,” Kirk said. “That’s a tremendous investment. But if that high fence lasted you 10 years, then that’s $25 an acre a year. That’s compared to the same amount you’re spending on repellent that has marginal efficacy and that you are going to have to put out again and again and again.”

Another way to look at the benefit of fences is to examine the damage farmers saw in 2022 with $14-per-bushel beans. Kirk estimated deer damages to soybeans at 13.1 bushels per acre, which comes to an average of $183 per acre.

“If you’re above the average, it’s more than that,” Kirk said. “If you were to invest $250 per acre in a fence, you’d have it paid for it in the first year and you’d make money on it in the second year is what our estimates show right now.”

In an interview with Southeast Farm Press following the Santee meeting, both Kirk and Heaton emphasized the value of fences, but stressed efforts must continue to reduce the overall deer population across South Carolina.

“Once you stand a fence up, immediately you have reduced the carrying capacity,” Kirk explained. “Agriculture is what supports an elevated carrying capacity. It’s what allows you to have more than 20 to 30 deer per square mile.You’re basically laying out a buffet for them every day.Farmers actually can play a role in their own solution.”

Heaton also emphasized fences are still the most effective option for farmers to manage deer. But he said the deer population clearly needs to be reduced across South Carolina.

Efforts to reduce the populations through hunting, particularly the hunting of does must continue.

“Ideally, your regular deer season would allow the opportunities to do reduce our numbers,” Heaton said. “The Department of Natural Resources in South Carolina has promised me they would work with growers to get them all the doe tags they need to make that happen. The problem is hunters don’t want to do that. Hunters want to go and shoot a doe or two, but they really want to kill bucks. In South Carolina, we harvest more bucks than we do does every single year, and that doesn’t really help us with the overall population.”

“The real issue is how much time a farmer has,” Heaton said. “Does he really have time to battle that deer population. It is very time-consuming. If they can’t get it done in the regular hunting season, we do have permits that will allow them to take deer outside of the hunting season, but that requires a lot of nighttime work to get that done. We can’t expect our farmers to work 24 hours a day.

“If we don’t find a solution to this, with the way our deer herd is, you’re going to see more and more fields go out of production each year because of deer problems. And at the rate that our population of humans is growing, those fields are going to be lost forever. They are going into subdivisions, businesses and other uses.”