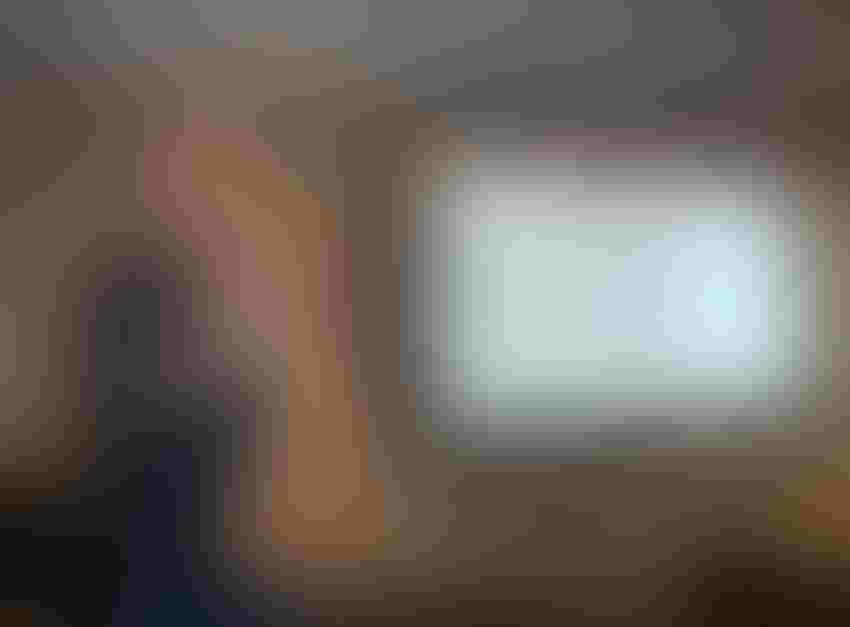 As North Carolina soybean farmers determine what soybean varieties to plant in 2023, they may ask, “Should I plant indeterminate or determinate beans this year?”

It’s a good question, but the answer isn’t cut and dry.

So, why do earlier maturing varieties maximize yields in high yield situations? Is it genetic gain differences? Is it growth habit?

“When we think about yield increases in any crop from year to year, some of its genetics, some of its management and environment. Genetic gain is essentially what the breeders are doing in their breeding programs year-to -year to improve the genetic yield potential of the varieties that they are breeding,” Vann explained at the annual conference of the North Carolina Agricultural Consultants Association at the Homewood Suites in Raleigh Dec. 9.

Vann talked about this very topic with many experts around the U.S. in preparation for this presentation and found that “Generally, the yield advantages of earlier maturing varieties are not attributed to growth habit. It’s other things like genetic yield potential. They’ve done some research in the Midsouth where under irrigated conditions, there was no differences between indeterminate and determinate varieties of the same relative maturity.”

In recent studies in North Carolina led by Extension Entomologist Dominic Reisig there were no differences in yield between indeterminate and determinate varieties in the same relative maturity under rainfed conditions.

“When these indeterminate early maturity varieties are planted early, I think there is a need for early season pest scouting and management,” Vann said. “This is when they are planted before mid-April. In our really early planted soybean plots, we are often seeing kudzu bugs or bean leaf beetle pressure or things that we don’t see at more moderate full season planting dates.”

Vann explained that soybeans, whether determinate or indeterminate are going to flower over several weeks. Soybean plants have the ability, regardless of growth habit, to flex that flowering period as they need to.

“If any year highlights the resiliency of soybeans in North Carolina, I would say it is 2022,” she said. “We had by far less than ideal production situation across much of the state. It was dry in June and again in late August and September. Dry conditions in June affected the early planted beans and we were 20% ahead of the planting progress curve on North Carolina full season beans this year, so we had a lot of beans flowering and in pod development in early June.

“We should have seen tremendous yield benefit for being that far ahead of the planting process curve. That benefit was slowed down by this dry period in June when beans had already moved into reproductive development. We also had dry conditions in September and late August across much of the state which were affecting the double crop beans in a period when they are very susceptible to stress.

“Nonetheless if you look at the USDA estimate for soybean yield in 2022, they are estimating that we are going to cut 38 bushels per acre, which is above average. I think this really highlights the resilience of beans, whether you have indeterminate or determinate growth habit, they are going to flex to their environment.”