First, scout to accurately identify the soybean disease and severity, and then see what crop growth stage you’re looking at. 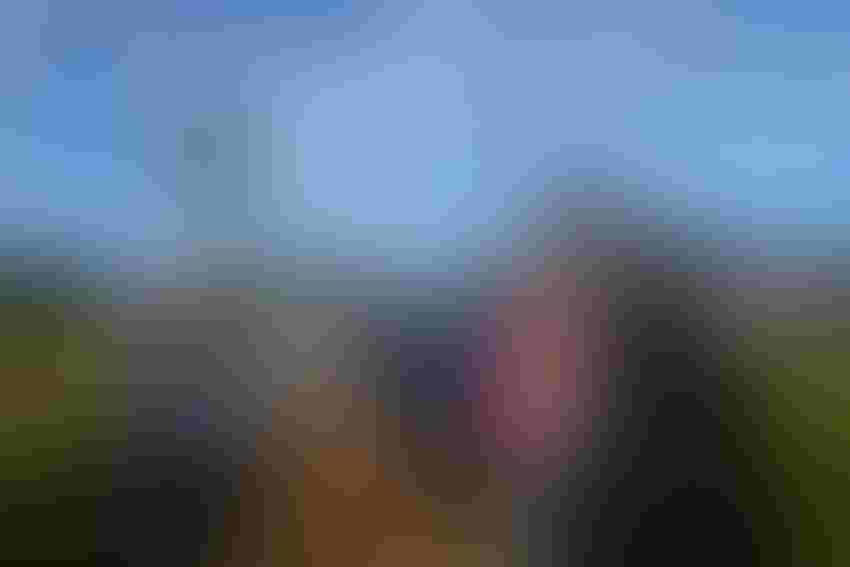 Speaking at the Piedmont Soybean Field Day, Vinny Garnica, a graduate researcher at North Carolina State University, said there are 35 economically important diseases in soybeans so it’s critical to solve the problem correctly so you can use the proper management.John Hart

Job one in managing soybean diseases is to identify what you have in the field, so you can take the right course of action to control the problem.

“There are 35 economically important diseases in soybeans so it’s critical to solve the problem correctly so we can use the proper management. Fungi can cause diseases. Bacteria, viruses, nematodes, a range of organisms can cause diseases. It’s important you know what’s going on because fungicides are not going to control bacterial diseases. A bacterial disease is going to be managed differently than a fungal disease,” said Vinny Garnica, a graduate researcher at North Carolina State University, speaking at the Piedmont Soybean Field Day at the Piedmont Research Station in Salisbury Sept. 28.

Garnica said step one is scouting to accurately identify the disease present as well as the severity of the problem. The second major consideration is at what crop growth stage you’re looking at so you can determine how much potential yield drag the disease is going to cause.

“Just the fact you have disease in a field does not mean you need to control it. Understanding the crop growth stage and how disease can develop over time is critical. Once you know the facts, you can decide whether it’s worth treating or not.

“Some soilborne diseases are hard to manage within the season so you have to be planning for next season,” Garnica said.

Next, determine the number of plants that have symptoms and the number of plants that are disease free. “This is critical information to make management decisions. Are all of the plants affected or just a cluster? Understand the spatial distribution of the disease in the field. Many soilborne diseases occur in clusters rather than being uniformly distributed in the field. Know the spatial distribution,” he said.

“The second thing: look at your plant. Are your symptoms on the leaves? Is your disease on the stem? What’s the part of the plant that is being affected?” he added.

When submitting a sample to the North Carolina State Plant Pathology and Insect Clinic in Raleigh, Garnica said it is important to tell them how much disease was present in the field. “If possible, when sending a diseased plant, also send a healthy one so they have a comparison.”

Frogeye leaf spot is a disease that concerns Garnica. It is a common disease in the Piedmont and other regions of North Carolina. The worry is that strobilurin-resistant populations have been identified in North Carolina and that fungicides solely containing strobilurin provide poor disease control.

Garnica said it is critical for soybean farmers to rotate fungicide chemistries and to use multiple mode of action products that contain triazoles and/or SDHIs in the mix for proper management of frogeye leaf spot.