When dry soil core collection is difficult; P and K can be overestimated; K needs rain to leach from residue. 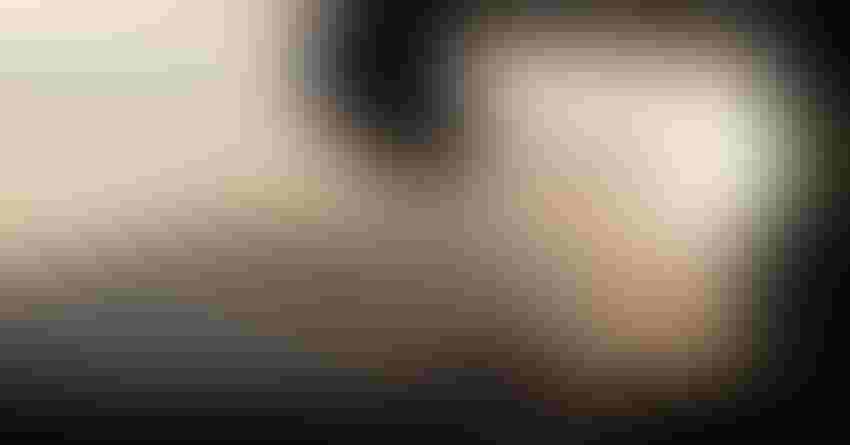 Dry soil is difficult to puncture with a soil probe, and a probe that is not driven deep enough can lead to an inaccurate soil test result.Fred Miller, U of A System Division of Agriculture

Very dry conditions, like those seen in most of Arkansas this fall, impact two aspects of soil sampling that make it hard to measure how much phosphorus and potassium are in a field.

Arkansas Agricultural Experiment Station research shows potassium and phosphorus levels varied based on soil sample integrity and the time of year the sample was taken.

“What we saw is that soil test results can change depending on the soil moisture situation at the time of sampling,” said Gerson Drescher, assistant professor of soil fertility with the experiment station, the research arm of the University of Arkansas System Division of Agriculture. “The most pronounced effects for fertilizer rate recommendations are seen on potassium and phosphorus when the soil is either too dry or too wet.”

“During a typical soil sampling season, we can have extremely dry soil conditions, such as this year, to extremely wet conditions as observed in the fall of 2018,” said Nathan Slaton, professor of soil fertility. “One of the issues with both situations is the integrity of the soil cores that are collected. When the soil is too dry or too wet, sampling to the proper depth can be difficult.”

Slaton is also an associate vice president of agriculture and assistant director of the experiment station. 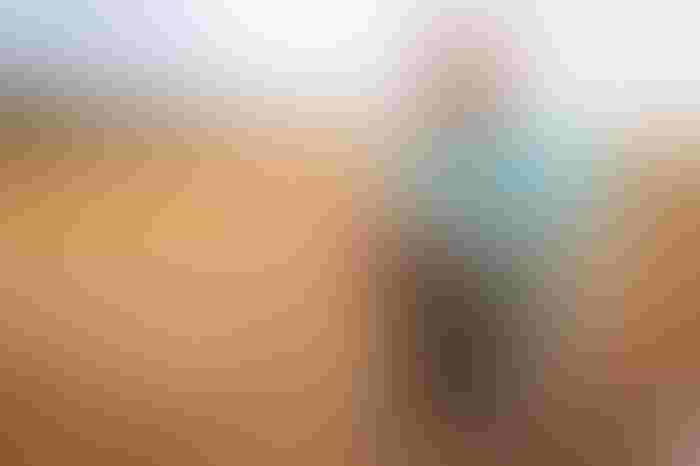 Soil scientist Gerson Drescher describes how timing and environmental conditions should be taken into account when collecting soil samples for fertility analysis. (Fred Miller, U of A System Division of Ag)

Their study, funded through fertilizer tonnage fees administered by the Arkansas Soil Test Review Board, showed that soil moisture conditions at the time of sampling had little to no effect on collecting samples to a 4-inch depth. However, collecting samples to a 6-inch depth was much more difficult. When soil moisture was below 20%, the soil probe could be inserted to only about 5 inches, Drescher said.

In the Arkansas study, based on silt loam soils low in potassium, soil test potassium was 15% - 20% higher in very dry soil conditions where soil cores were closer to 5 inches, rather than the target depth of 6 inches. This fluctuation in soil test potassium was large enough to change the fertilizer recommendations. A similar behavior was also observed for phosphorus.

Change in P and K

The results suggest that the change in soil test potassium and phosphorus compared to samples taken in moist soil at the same time was due to sample depth. Drescher said that other studies in the Midwest have also shown that soil mineralogy in very dry soil conditions can influence soil test potassium values, but this effect is less pronounced in Arkansas.

In the Midsouth, most soil samples are now collected in October and November to allow time for collecting the large number of samples needed for grid soil sampling, which allows producers and consultants to see the range of soil test values at regular intervals across a field.

“There is no need to stop collecting samples unless the soil samples cannot be collected to the correct and recommended depth,” Drescher said. “The lime and fertilizer recommendations are only as good as the sample that comes from the field in the first place. It’s paramount to get a good sample that represents the field it comes from.”

“You see much less variability in the soil-test results when you have moist soil conditions,” Drescher said. “Collecting a representative sample to the proper depth plays a major role in accurate fertilizer rate recommendations, and moist soil conditions also make soil sampling much easier in the field.”

A previous study by Slaton evaluating potassium and phosphorus fluctuations showed soil test potassium levels could vary by as much as 25 parts-per-million when a sample was taken in rice fields before rain leached out the nutrient from crop residue. This study was supported by fertilizer tonnage fees and check-off funds administered by the Arkansas Soybean Promotion Board and the Arkansas Rice Research and Promotion Board.

While soil microbes must decompose crop residues to mineralize phosphorus and nitrogen, potassium leaches directly into the soil from crop residue, Drescher explained.

“Potassium is a nutrient found mostly in the plant’s cell solution, so it’s not part of structural plant parts like cell walls,” Drescher said. “That means it just needs some rainfall, and the potassium in the plant biomass will return to the soil.”

The time of year a soil test is taken can also have an impact on pH levels. In Arkansas, Drescher said soil pH can vary by plus or minus 0.5 pH units throughout the year, with lower soil pH usually found in dry summer and post-harvest fall conditions. Greater pH values are usually found in winter and the early spring months. Depending on the initial pH, that fluctuation can affect a lime recommendation in the next season.

“For people who have already collected their soil samples in dry soil conditions, it is important to have in mind that in some circumstances the soil test report might call for a lime application when it is not really required,” Drescher said. “If a low pH value is unexpected for a certain field, producers and crop consultants can always collect a few soil samples later in the winter, when soil moisture is adequate, to check if the pH values were skewed or confirm that the field does require a lime application.”