Keith Miller pulls out two plastic bottles of water to make a point about no-till and cover crops. 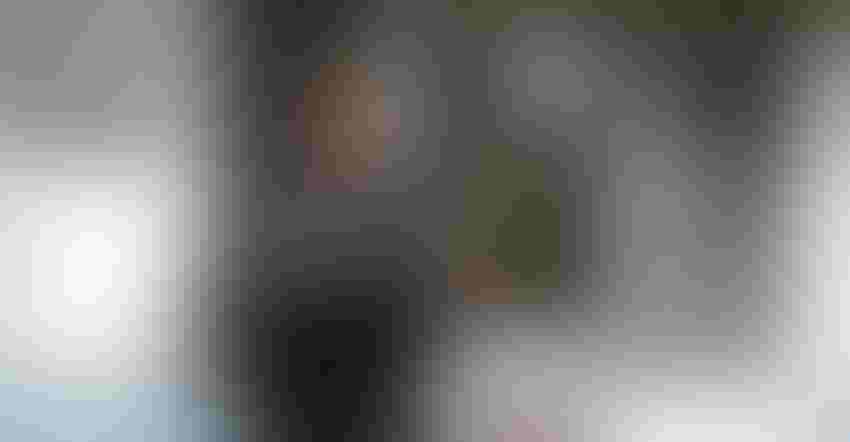 SHOW AND TELL: Keith Miller, a farmer in Elkhart County, Ind., holds two bottles of water. The dirty water on the left came off a tilled field after a rain. The water on the right is from a no-till field. Tom J. Bechman

Keith Miller, Elkhart County, Ind., didn’t just wake up one day and decide to no-till and use cover crops. Instead, he read about it, experimented and stuck with it, even when everything didn’t work perfectly.

Today, he encourages others to try no-tilling and cover crops if they aren’t already doing so. He draws on over 40 years of no-till experience on his farm to share with others. But he knows he must first get their attention.

“I love to pull out a couple of plastic water bottles and do some show and tell,” Miller says. “Once they’re paying attention, I can show them soil samples I saved, and they can see the difference.”

So, what’s the story behind the water bottles? “We had a half-inch rain here just after the Fourth of July in 2019,” he begins. “Fields were near the saturation point before that half-inch rain. I drove around checking my fields. At one location, water was coming off the conventional-tillage field across the road. It was brown because dirt was coming off the field with the water.

“There wasn’t nearly as much water coming off my no-till and cover crop field across the road. It was clear. Right then, I wished so many people I’ve talked to who haven’t made the switch could see what I was seeing. So, I got a couple of empty, clear plastic water bottles and filled them up — one from water from the conventional field and one with water at the edge of my field. It was as simple as that.”

Simple but convincing. When Miller pulls out the bottles and gives them a slight shake, he doesn’t need to say anything. The bottle filled with water coming off the conventional field turns cloudy to brownish because it contains lots of soil particles. The bottle from the no-till field stays clear. There simply aren’t many, if any, soil particles in the bottle.

When Miller pulls out corresponding soil samples, one from conventional tillage and one from his no-till field, the point of the water bottle show and tell becomes crystal clear. There are obvious differences between the two soils.

The conventional soil resembles clods, with minimal free soil. In the soil sample from the field farmed with no-till and cover crops for a long time, earthworm holes are evident.

“Keeping earthworms happy and healthy was one of the big things that encouraged me to keep going and make no-till work,” Miller says. “They do so many good things for the soil, including making channels, which allows more water to run into the soil instead of off the surface. And it only stands to reason that if you till and destroy their homes, you set them back.”

“It took me about 15 years to really see true benefits in soil health,” he says. “You only build back about a tenth of a percent of organic matter per year. Over time, though, it makes a difference.”