Soil health is vital, but soil loss is paramount because you’re losing 15 bushels per acre/year worth of corn. 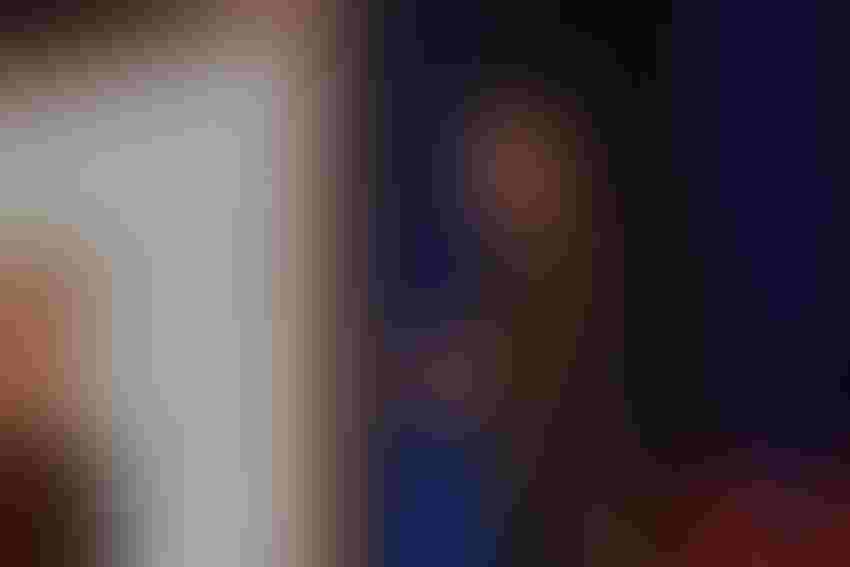 Judging soil loss is difficult, as indicated by an instant survey among attendees at our inaugural Ag Data Conference in November. Survey showed 42% of farmers estimated that they averaged less than 1/4 ton per acre annual soil loss in 2016, with another 38% saying 1/4 to 1 ton per acre.

However, to achieve such an extremely low erosion rate, you’d have to be doing zero tillage on a flat field, said Stan Buman, head of Land O’ Lakes Sustain program. 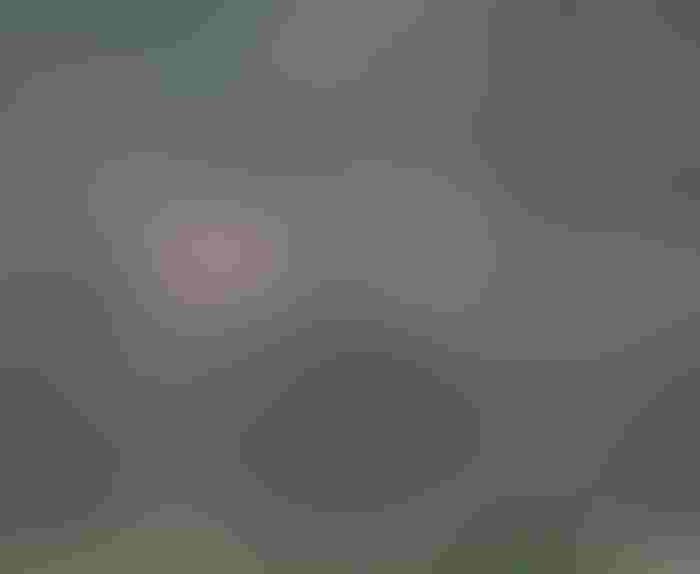 Why is soil loss even important? Because it took thousands of years to form the topsoil you have on your farm today. “We’ve lost roughly half the topsoil since we started farming, but the loss is so gradual that we just don’t see it,” Buman said. 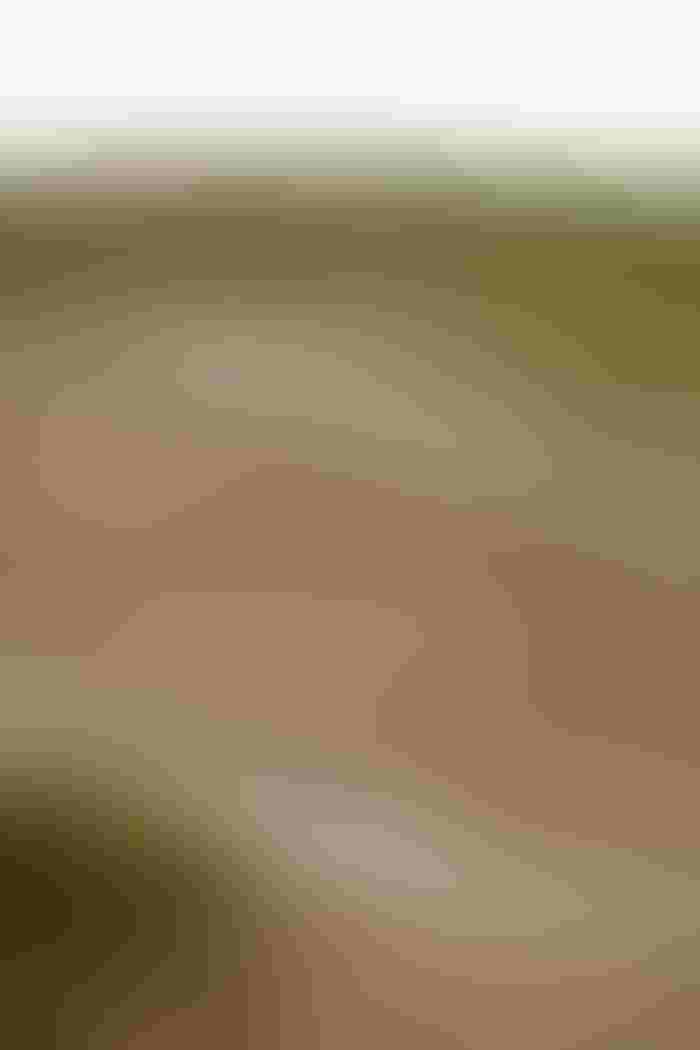 When the yield monitor drops in certain areas of the field every year, it could be from topsoil loss. But many may think it is caused by something else.

Buman reminded farmers that they must keep in mind that when you’re losing soil, you’re losing yield. “Unfortunately, you have already given up, on average, 15 bushels per acre per year of lost potential. This yield data comes from Missouri and Iowa research using soil probes, looking at different depths of topsoil, then measuring yield in those areas to come up with that yield loss.

“The other thing that occurs is lost nutrients, as phosphorus is attached to the soil,” Buman added. The field photo with tillage/sheet and rill erosion is fairly flat ground. Look at those white areas on that field. That is low organic matter caused by erosion. What did those spots look like 40 to 70 years ago? Probably not near as big. So now we need more yield in the better spots of the field to compensate for the poorer areas that are increasing in size.

Buman said to think of farms in terms of assets – like a 160-acre field equal to a $1.0-1.5 million beach home. “You invest in critical parts of it (doors, windows, roof, structure, foundation, etc.) to maintain and grow that asset in order to pass it on. The same applies to farmland. But it’s difficult to invest in a field when you don’t know how much soil loss is occurring. If you can’t measure it, it’s hard to do something about it.” 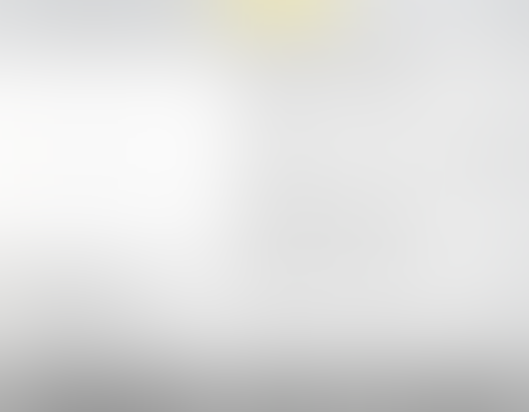 With Agren’s SoilCalculator, Buman said growers can learn exactly what they’re losing per 9-meter grids. Look at the Soil Savings Summary chart to understand the differences:

Alternative 3: We shift to no-till both crops and aerial seed rye cover crops. That drops the field average down to 0.22 tons and most erodible 20% down to 0.34 tons/acre/year. The point here is not to shift you to total no-till and cover crops, but to help you understand what can reduce erosion on your farm (or even start to build the soil OM and water holding capacity) and keep the yield at it’s maximum potential. That is the great thing about this tool.

When examining the Economic Impact chart, under Alternative 1: Over 10 years, that 0.37-inch topsoil loss totals about $12,225 in lost yield and nutrients. “There are probably not too many farmers that plug this cost into their budget when calculating expenses on their farm,” Buman added. “Why? Because we simply have not had a way to measure this before. Now we can understand that there is a real cost involved.“

Alternative 2: With no-till beans into corn stalks, the topsoil loss total drops down to about $10,700 over 10 years, he said.

Alternative 3: “When we implement no-till and cover crops, that cumulative erosion cost drops to $500 per decade, on 40 acres. Multiply that over 4,000 acres, and it becomes a big chunk of money,” Buman said.

Buman concluded his presentation by emphasizing the need to stop our best asset, our soil, from leaving the field and heading to the Gulf of Mexico. “The SoilCalculator will help farmers know what they’re losing, so decisions can be made to reduce both soil and nutrient loss.”

“Land ‘O Lakes cares about this because we are a cooperative made up of farmer owners,” Buman says. “Taking care of farmers is our business. In order to feed 9 billion people by 2050, we must keep these soils productive. When we look at future generations, we want that production legacy passed on.”

SoilCalculator delivers soil loss data values on 9-meter grids within a field to provide a precision look at sheet and rill erosion. It is integrated with the RUSLE2 calculation engine to calculate slope length and steepness from LIDAR-derived digital elevation models and soil loss. The tool generates color-coded aerial maps of erosion, similar to a GIS yield map. Once completed, cropping systems and conservation strategies can be developed to minimize soil loss and maximize input value. 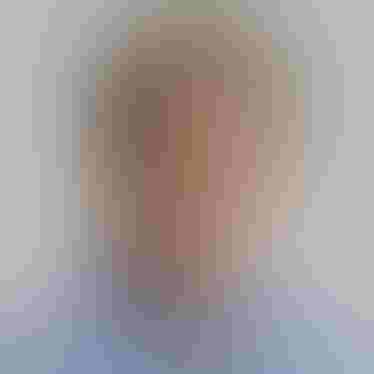