While acres are down, Mississippi rice growers are optimistic about crop. 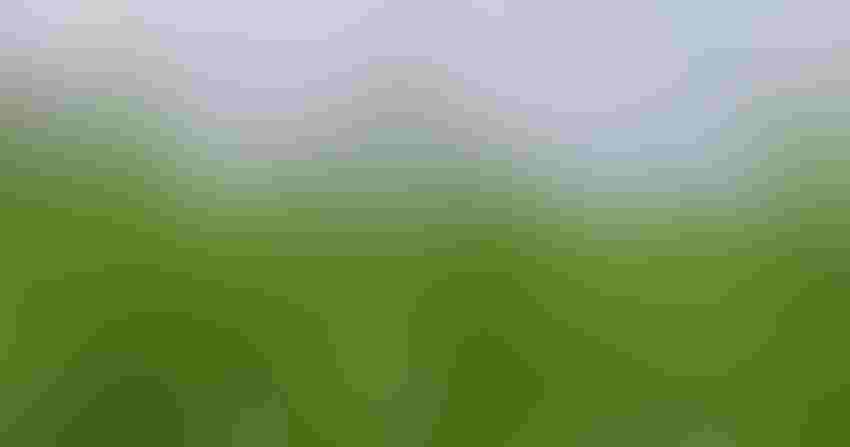 Mississippi rice producers and crop specialists anticipate a good crop despite a high population of rice stink bugs that were difficult to treat. The Environmental Protection Agency granted an emergency exemption for the pesticide Endigo ZC on July 28 to help farmers control the insect. Kevin Hudson, MSU Extension Service

Mississippi rice producers and crop specialists are optimistic about the state’s 2022 harvest despite a high population of rice stink bugs that were difficult to treat.

“Overall, it’s so far, so good,” said Hunter Bowman, rice specialist with the Mississippi State University Extension Service and researcher with the Mississippi Agricultural and Forestry Experiment Station. “It was really hot and dry when it was heading out and pollination was happening. But hopefully, that won’t have much of a detrimental effect.”

According to the U.S. Department of Agriculture Crop Progress and Condition report released Aug. 8, rice is 90% headed and 15% mature, which is slightly ahead of the 5-year average. Fifty-two percent of the crop is in good condition. Twelve percent is in excellent condition, and 33% is in fair condition.

Another worry for farmers this year was the rice stink bug, which showed up in force. Rice stink bugs feed on the rice grain, stunting plant growth and reducing yield. These pests can also transmit diseases and viruses to the plants.

To make matters worse, farmers faced poor control from pyrethroids -- the first line of defense and one of only three labeled pesticides available to treat the pest in rice.

“Tenchu and malathion are the two other labeled options in addition to pyrethroids, but those pesticides were in short supply and dealers ran out,” Bowman said.

This situation led Extension crop specialists to work with the Bureau of Plant Industry to request a Section 18 crisis exemption from the Environmental Protection Agency for an additional pesticide that would help farmers control the insects while not disrupting harvest. A crisis exemption was granted for the pesticide Endigo ZC on July 28.

“We were able to get the exemption, but there was a limited supply of Endigo ZC, too,” said Bowman, who is stationed at the MSU Delta Research and Extension Center in Stoneville. “We had trouble getting our hands on it.”

Bowman noted that there was only enough malathion this year to treat 50,000 to 60,000 acres across the entire U.S. While malathion has been in short supply for several years, the COVID-19 pandemic tightened supplies and raised prices on all kinds of pesticides.

“If producers were unable to get any of these alternatives, we recommended they run with extra applications of pyrethroids if they could get that,” Bowman said. “That way, it would reduce the number of stink bugs to low levels and help protect yield.”

“Rice water weevils are sometimes a problem for us, but this year, we avoided any major issues,” Bowman said. “Italian ryegrass in Mississippi has developed resistance to many herbicides we use for control in early spring, and herbicide options to control the weed in the fall when it emerges are limited due to plant-back restrictions in rice the following season.”

Bowman said Mississippi acreage is down quite a bit compared to the 10-year average.

“We expected to plant about 100,000 acres, but we ended up with between 88,000 and 90,000 acres,” he said. “Some people decided to plant soybeans instead because of high urea prices and better soybean prices.”

Will Maples, Extension agricultural economist, said supplies are down and prices are higher than in recent years.

Current projections by the USDA put the national average farm price at $15.50 per hundredweight, which is $1.80 higher than 2021. Since the first of August, the harvest month rough rice futures contract has averaged $17.28 per hundredweight, Maples said.

“Even though rice producers are seeing higher prices, margins will likely be thinner than in years past due to increased input costs,” he said. “The combination of higher input costs and high prices for other commodities limited rice plantings this spring. Long-grain rice supplies are currently projected 5% lower than last year with ending stocks currently 12% lower.”