The program runs from November to April and seeks to aid fish populations. Deadline to apply is Oct. 7. 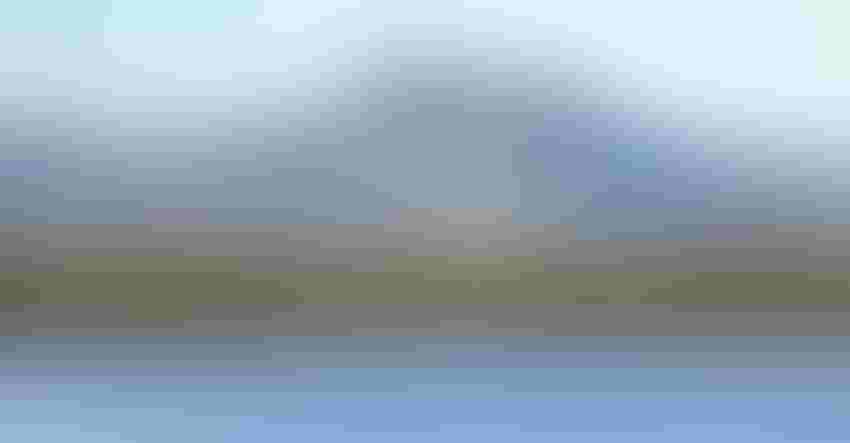 Studies suggest flooding California’s rice fields in the winter and repeatedly releasing that decomposition water back to rivers can aid young salmon by increasing zooplankton populations. Farmers are encouraged to apply for winter water under a program that will compensate growers and wetlands managers.Todd Fitchette

California rice growers can apply through Oct. 7 for water to flood winter fields. The program will compensate growers and wetland managers to flood fields between November and April to benefit fish populations in nearby rivers.

Applications for winter rice field flooding will be accepted through Oct. 7 at https://calricewaterbirds.org/fish-food/

The program includes minimum requirements to hold water for at least three weeks during the targeted period; flood to a target depth of 10 inches and drain water back to a fish-bearing waterway. Applications will be selected by California Trout. Applicants along the major rivers with access to decomp water, and those along the Yolo and Sutter Bypass and Colusa Drain are encouraged to apply.

Jacob Montgomery, senior project manager with California Trout, said the program is just a few years old, but since its inception has increased its enrolled acreage from about 6,000 to almost 20,000 last year. Growers are compensated for their water costs.

A California Trout report to the U.S. Bureau of Reclamation explains how creating levees for flood control impacted fish populations in the adjacent rivers. It also spells out the success of efforts to resupply rivers with ample amounts of fish food – invertebrates and plankton – that can be created from flooded farm ground.

“We’ve focused on the rice industry because they have the infrastructure to flood and drain these fields relatively easy,” Montgomery said.

The idea under the program borrows from a similar practice of flooding rice fields to decompose rice straw, rather than burn it. Flooding harvested rice fields to a depth of less than a foot aids in this decomposition. It also provides winter habitat for migratory birds. The tweak in this practice is to drain these fields several times during the winter and reflood them with available water. That practice of draining the fields and reflooding them releases invertebrates and plankton back to the rivers and streams – anywhere the juvenile fish happen to be – providing them an excellent food source.

“We’ve found that this decomp water grows an incredible number of bugs for these juvenile salmon to feed upon,” Montgomery said. “Rather than just let that water sit all winter and evaporate, we try to cycle it through as much as we can.”

Montgomery said water held for about three weeks works well to produce the densities of critical fish food that can be drained to the rivers before reflooding the fields.

Researchers surmise that migrating salmon and other fish in the Sacramento and Feather rivers suffer because the food sources they came to depend upon over millennia were cut off when levees were built for flood control and urban development. While agricultural practices flourished in these regions protected from seasonal rises in river flows, fish starved as their floodplain-derived, food-web resources were cut off from the main river channels.

Experiments in Reclamation District 108 near Colusa, Calif., diverted water to approximately 8,775 acres of farm fields during the winter months, according to the California Trout report. Fields were inundated with about a foot of water for four-to-six weeks, drained into canals, then pumped in the Sacramento River. The idea behind this and other studies is to deliver critical nutrients for fish to consume. The results from several studies are noteworthy.

In other studies aimed at connecting “dry-side” food-web resources (those areas behind the levees unconnected from the rivers) with the rivers suggests similar positive results. Zooplankton densities across 33 sites in six counties showed invertebrates and zooplankton were returned to the river through this practice.