The California Rice Commission continues its support for surface water storage projects including the proposed Sites Reservoir and Temperance Flat.&ldquo;We need to start moving dirt at Sites in five years,&rdquo; says Tim Johnson, the CRC&rsquo;s CEO.The last two years of the four-year California drought has impacted the rice industry the worst, with acreage down about 23 percent compared to normal (550,000 acres). 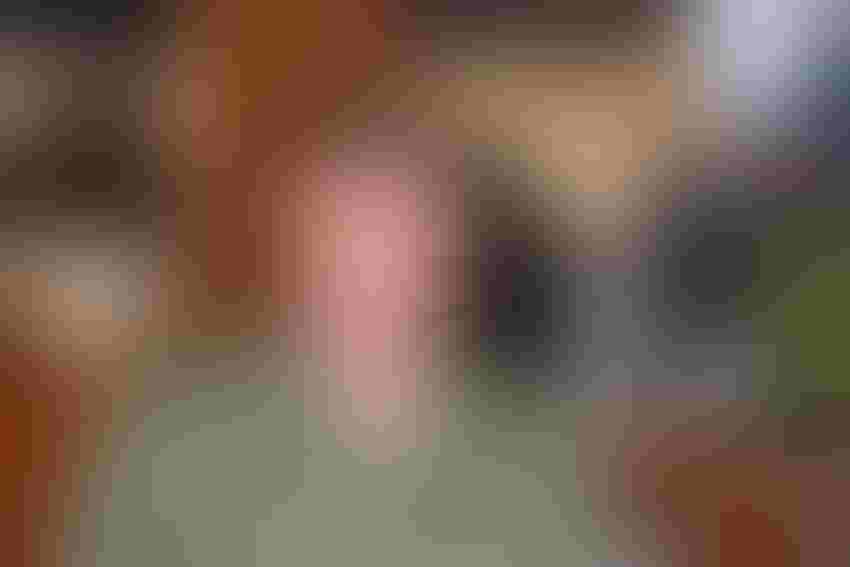 <p><strong>Tim Johnson is the chief executive officer of the California Rice Commission and has worked with the state&rsquo;s rice industry for 20 years. </strong></p>

The California rice industry is pleased as punch with the rainfall this past fall, winter, and the ‘Miracle March’ in the Sacramento Valley where the majority of the state’s crop is grown.

The rice industry is glowing over the U.S. Bureau of Reclamation’s decision this spring to provide a 100 percent surface water allocation for agriculture to the area.

Yet this good news on water has not lessened California rice leader Tim Johnson’s work on water issues. Johnson, chief executive officer of the California Rice Commission (CRC), continues to work on water issues to keep the industry afloat, including bringing the proposed Sites Reservoir in Colusa and Glenn counties to fruition.

“The California Rice Commission continues to be very supportive of surface storage projects including the proposed Sites Reservoir and Temperance Flat,” said Johnson during an interview at the CRC’s headquarters in downtown Sacramento.

“Critical” is the term Johnson shared to illustrate the need for the California Water Commission to authorize the construction of Sites.

“We need to start moving dirt at Sites in five years,” Johnson said. “It’s important not only for the rice industry but for Sacramento Valley agriculture as a whole.”

He says Sites would hold about twice the water as Folsom Dam.

Johnson believes the reservoir would create strong environmental benefits for the Delta and the Pacific Flyway. About 230 wildlife species migrate along the Flyway every winter - feeding and resting in five-inch deep flooded rice fields.

Most of California’s 2,500 rice farms are located along a 100-mile stretch between Sacramento and Chico. The largest rice-producing counties include Colusa, Butte, and Glenn counties, with rice also grown in Yuba, Sutter, Yolo, and Placer counties. This grain is also grown to the south in Fresno and Madera counties in the San Joaquin Valley.

In non-drought years, California rice growers produce about five billion pounds of rice annually on about 550,000 acres. The economic value of the rice industry averages about $5 billion annually, creating about 25,000 jobs.

Most of the rice grown is medium-grain used for sushi, rice bowls, and table rice, along with some short-grain. California is the nation’s largest producer of these two types of rice.

“If you eat sushi in the U.S. you are eating rice from the Sacramento Valley,” Johnson said. “We grow great rice here and the world knows it.”

The last two years of the four-year California drought has impacted the rice industry the worst. Planted rice average fell about 23 percent last year – down to 421,000 acres, and dovetailed about 20 percent in 2014 to nearly 442,000 acres.

Some fewer acres were tied to decisions by some rice growers to sell water for down state water use, including agriculture.

As a result of reduced rice production, the competition moved in, so to speak. Rice growers in the Mid-South in Arkansas and Louisiana typically grow long-grain rice which makes up about 80 percent of the U.S. rice crop. With California acres down, Mid-South growers planted medium grain varieties to make up for the California shortfall.

It was a good deal for the southern farmers who had a freight advantage over California, since the Mid-South is closer to Middle East export destinations than California.

With recent California rains and full allocations of water in the Sacramento Valley, Johnson believes California rice acreage and production will increase and regain the lost export markets. He predicts Mid-South rice growers may consider other varieties to plant this spring.

Some of the CRC’s budget and staff time are earmarked for regulatory activities, including water quality, pesticide regulations, and air quality regulations. Other priorities include public education and conservation programs.

The commission is working on waste discharge requirements, obtaining and maintaining crop protection materials, plus expanding the dialogue with opinion leaders and decision makers on the value of California rice production.

In the Golden State, rice and the environment go hand-in-hand. Rice fields are flooded during the winter months to help decompose rice straw. This serves as habitat for the 5-7 million ducks, geese, and other shorebirds flying through the Pacific Flyway during the winter.

Also on the commission’s plate is work on federal farm policy, including the farm program and the proposed Trans-Pacific Partnership trade agreement which is now under consideration by the U.S. Congress and other countries in the proposed agreement.

Johnson says rice growers are attuned to the 2016 presidential race. At CRC grower meetings held earlier this year, they asked Johnson how the various candidates view agriculture and about their positions on farming issues.

Rice farmers asked Johnson what a Trump or Sanders administration might look like and who overall might be the best candidate on U.S. agricultural policy. So far, candidates in both parties have not openly discussed agriculture much.

Johnson paused, and noted that a Clinton administration could be supportive of past federal farm policy.

Where does Johnson see the California rice industry in the next five years? Besides the need to move dirt at the Sites Reservoir site, he supports permanent funding for the Pacific Flyway, and a permanent working lands-conservation program for habitat on rice and other agricultural lands.

Beyond five years, he envisions a Sacramento Valley that continues to be a growing, vibrant agricultural region with a wide mix of crops, including rice, tree nut, and seed crop production.

Johnson turned back to politics since he spends about one-third of his time discussing agricultural issues with lawmakers. The CRC leader supports the future ability for state lawmakers to serve up to 12 years in the State Assembly, or the Senate, or both. He believes 12-year terms could benefit California agriculture.

“With the ability to serve 12 years, we are seeing more moderate candidates running for state office,” Johnson said. “I think over the next 10-15 years in agriculture will really be about building those relationships and hopefully finding moderation.”

“I’m very optimistic. I think the long-term trend is good for rice. I think, however, like for all of agriculture, we’ll find more volatility getting there.”