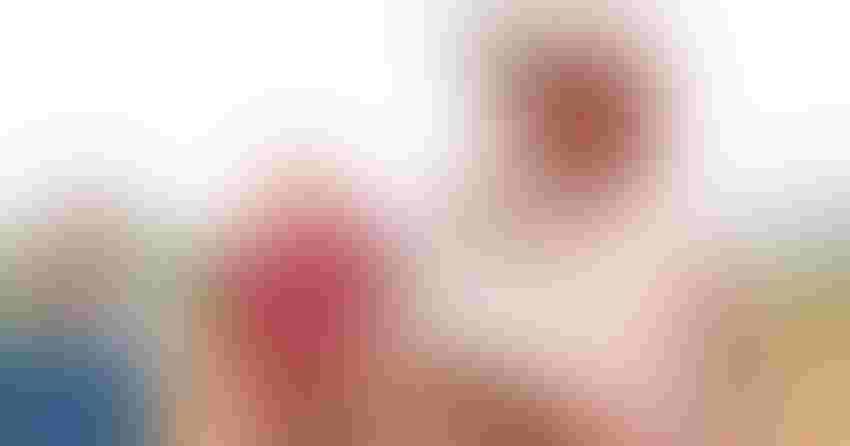 Jason Norsworthy informs Rice Field Day attendees on best management practices for barnyardgrass based on recent research. Fred Miller, U of A System Division of Agriculture

Research results from herbicide resistance screening over the past year were highlighted Aug. 5 during the University of Arkansas System Division of Agriculture’s 2022 Rice Field Day at the Rice Research and Extension Center near Stuttgart.

Fear of herbicide resistance in barnyardgrass was quelled by news from Jason Norsworthy, Distinguished Professor and Elms Farming Chair of Weed Science with the experiment station. Although about 75% of the barnyardgrass seed samples they screened were resistant to propanil, he said his research has shown that FMC Corporation’s preemergence compound TVE29 mixed with propanil was “very effective” on resistant barnyardgrass in rice.

“We are getting 95% to 100% control of propanil-resistant barnyardgrass when we mix those two together,” Norsworthy said. 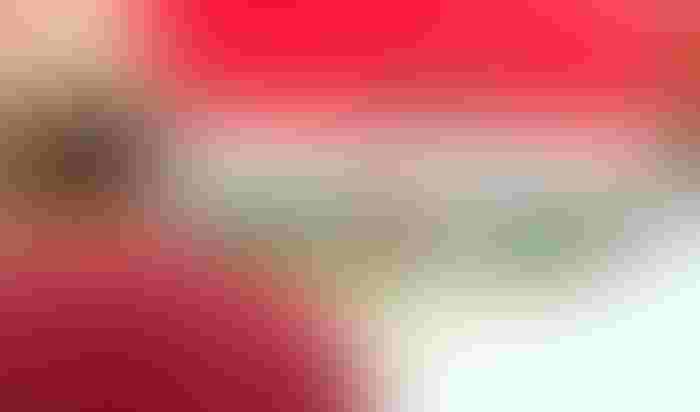 Tommy Butts, assistant professor and extension weed scientist, noted the duo serves as a safe tank-mix partner to control broadleaves and the No. 2 nuisance weed in Arkansas rice: sedges.

“Propanil is still one of our most effective herbicides to beat that back,” Butts said of sedges. “Propanil likes to antagonize a lot of our herbicides, so if we have a safe tank-mix partner we can knock out the barnyardgrass, now we can go after our sedges, and after our broadleaves, all kinds of other things. That's an excellent opportunity.”

To demonstrate the importance keeping barnyardgrass from going to seed, Norsworthy and Butts placed marker flags in a test plot. Each flag represented 400 barnyardgrass plants per acre.

“That’s a 0.4% yield loss,” Norsworthy said. “Well, some would say ‘who cares, that is just $6 an acre on 200-bushel rice.’ But you have 1.6 million barnyardgrass seeds that are going back into the seedbank. We’re seeding rice at a half million seed. So, you’re putting three times more seed back in the seedbank than the actual rice you’re planting.”

Butts said a survey of Arkansas farmers conducted in 2020 showed that about 10% of surveyed participants were in the worst category of 40,000 barnyardgrass plants per acre at harvest. About 45% and 40% fell into the first and second categories, respectively, of 0.4% and 4% yield losses.

As part of their herbicide resistance screening studies over the past year, Norsworthy and Butts said they did not discover resistance to clomazone in barnyardgrass.

“We’re not saying we don’t have resistance out there. We have found some in the past, but we still don’t have widespread resistance,” Norsworthy clarified. “I like to start every acre with clomazone on it. It just makes sense to do that. It’s one of our best barnyardgrass materials.”

"We can't screen them for herbicide resistance unless they germinate,” Norsworthy said. “You almost want to get them to the point they are shattering.”

He said he needs at least 25 seedheads but prefers 30 to 35 to screen against a wide assortment of herbicides. He also prefers a collection from various sites within a single field instead of combining multiple fields in a single sample. His goal is to have results returned to farmers by late February or early March.

For barnyardgrass, Norsworthy said results from screenings this past year showed no glyphosate resistance in Arkansas, but he has seen diminishing sensitivity in the lab.

"Now we’re seeing what I call rate creep,“ Norsworthy said. “When you start getting into a situation like that, glyphosate doesn’t work when you are tank-mixing it with other herbicides or are spraying it on large barnyardgrass.”

“Last year, 93% of the samples tested positive for ALS resistance,” Norsworthy said. “Folks, the ALS chemistry really is not doing a lot for us today on weedy rice.”

“So far, it’s in south Louisiana and we haven't heard complaints here yet, but we haven’t confirmed anything,” Butts said. “We're on the good news side right now but we need to be proactive. Don’t let some of that weedy rice go to seed. Don’t use low rates. Make sure we’re using those sequentials. All of those kinds of things are important, so we don’t develop that same resistance.”

Norsworthy said prior to June 15, the ACCase chemistries worked well in his test plots but once the temperatures got into the 90s it “went off the cliff” for barnyardgrass control.

“In terms of Highcard and Provisia, that chemistry is much better on weedy rice than barnyardgrass,” Norsworthy said. “We've got a wealth of data showing it is very good on weedy rice. On barnyardgrass it really takes two applications. Highcard is much slower acting than Provisia because it has a safener in it. And it needs every bit of that safener.”

Safeners reduce the effect of the herbicide on the cash crop. The researchers said the calls from farmers to extension agents matched up with the research data.

“Most of the calls I got said the barnyardgrass is surviving but it did smoke our weedy rice,” Butts said of the ACCase chemistries.

The weed scientists expressed thanks to the Arkansas Rice Research and Promotion board for supporting the research.

To keep up with other weed science research by the Division of Agriculture, check out the WeedsARWild podcast and sign up for the texting service by texting “WEEDS” to (501) 300-8883.