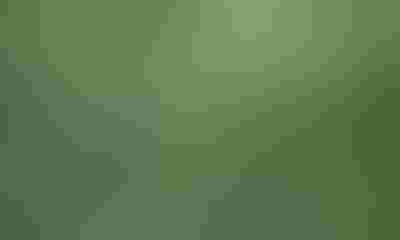 Sudden death syndrome, a fungal disease that infects soybean plants, continues to spread to new fields across southwest Michigan. Similar to 2014, the disease is not expected to cause significant yield losses in most of the fields that show symptoms of infection. However, there has also been an increase in the number of fields that do have moderate to high levels of later onset SDS symptoms, including levels that will cause yield losses this season.

Each of the last several years, Michigan State University Extension has conducted field surveys looking for SDS in fields across southwest Michigan. The number of fields where the disease could be found has steadily increased over this period of time in the region. It is important to remember that the organism that causes SDS, Fusarium virguliforme, tends to accumulate in the soils once it is introduced. One reason this disease is difficult to control is that it is capable of surviving as a saprophyte on corn residue, and even though it does not impact corn yields, it can survive quite well in the rotation. For this reason, once the pathogen gains a foothold in a field, it tends to increase in incidence across the field over time. Severity of the infection often depends on several factors, including temperatures, rainfall and perhaps the level of soybean cyst nematodes (SCN) in the field. It is important to recognize that SDS does infect soybeans in the absence of SCN. However, in some fields, the level of crop damage where both the disease and pathogen are present can be significant.

Observations during the 2015 late August survey showed that low levels of SDS could be found in most fields that were scouted. The disease could be identified in roughly 70% of the 52 fields that were checked in Cass County. Less precise field observations in Berrien and St. Joseph counties would appear to have similar levels of incidence this year. Only 5-7% of the fields checked in Cass County will suffer significant yield loss from the disease in 2015. However, due to the persistence of the pathogen, this level of infection means that increasing numbers of growers across the region should keep SDS in mind when planting soybeans.

One of the reasons it is possible to easily scout for this disease is that it generally can be found in areas near the field opening where equipment first enters the fields. Often, the headlands near the opening, or areas where the first tillage pass occurs in a field, show the highest severity. On irrigated fields, this seems to occur adjacent to where it would seem logical for irrigation equipment to be parked for the winter. These patterns seem to suggest we are moving the disease from field to field with soil on tillage equipment. However, the spread, once in the field, does not seem to be limited to tillage patterns.

MSU field crops pathologist Martin Chilvers has worked extensively with SDS at the Southern Michigan Soybean Disease Research Site located in a heavily infested field near Decatur, Michigan. His and other researchers that work at the site have shown that selection of partially resistant varieties is the most important factor in managing the effects of SDS in infected fields. He has also been investigating seed treatment options, including ILeVO, a seed treatment product from Bayer that has shown some positive yield results in upper Midwest research trials when used in combination with resistant varieties.

If you have fields in your rotation where SDS has increased, begin planning to find well-adapted varieties that have good ratings for partial SDS resistance from your seed companies. You should visit with your seed dealers and agronomist to understand their rating system clearly as you make your seed selections. Variety selection on SDS-infected fields can make a tremendous difference in yields under the wrong conditions.