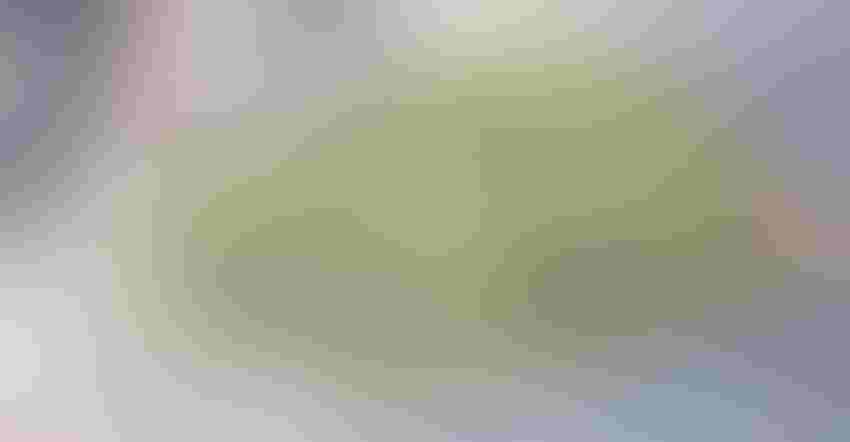 It's a big deal when someone harvests 160-bushel soybeans anywhere in the U.S., let alone right here in Nebraska. Jimmy Frederick did just that this year on an irrigated field near Rulo, in the far southeast corner of the state. Compare that to the state irrigated average, which has been closer to 67 bushels in recent years.

While 163.9 bushels per acre is a state record for soybeans in Nebraska, it's just shy of the world record — that claim goes to Randy Dowdy of Georgia, who harvested 171-bushel soybeans in 2016. It is, however, a new personal record for Frederick.

"Back in 2014, I won the national yield contest for the Nebraska irrigated category at 96 bushels per acre. That got me intrigued, and I've worked up from there," Frederick says. "This year, we set out to reach 160-bushel soybeans using certain things we hadn't even tried before, and it turned out pretty well."

Frederick says one of the biggest factors comes into play at the start of the season: getting planting population right. This year, he cut his populations back from his traditional 150,000 seeds per acre, planted most of his acres at 145,000 and planted his high-yield plot at 115,000 — with a final stand count of around 100,000. With higher populations, even on 30-inch rows, Frederick notes the plants were too close together, and stems were thinner.

"This summer I was studying it pretty hard. Every day or every other day I'd crawl on my hands and knees and crawl on the rows," he says. "If its neighbor was an inch or inch-and-a-half too close, it wouldn't put laterals on that side of the plant. So that spacing was pretty important."

This not only helped grow stronger stems and higher yields, but it also cut back on planting costs, allowing him to invest more in his fertilizer program.

He first applied 3-18-18 with 100% orthophosphate as a starter at a rate of about 15 gallons per acre, using a FurrowJet from Precision Planting to band fertilizer to the side of the plant without damaging the seed. He followed this with a high-clearance application of 0-0-24 liquid potassium fertilizer at R3, and two aerial applications of 0-0-24 around R6 — all of which contained some form of biological product.

This included BioMate to provide sugars and bacteria, Assist 45 to promote water and nutrient uptake, Elixor, a fungicide and bactericide for disease protection, and Incite, an ionized silicate to protect soil microbes and improve plant structure.

"I was able to apply a lot more fertilizer without damaging the germ of the seed, so I upped the rate. I didn't have a dry application, so I saved $7 to $8 more per acre, took those savings and reinvested in more in-furrow 3-18-18. It got me a gallon or two more an acre," he says. "I applied biologicals, too, and I was able to space out the biologicals that weren't compatible with the fertilizer."

While Frederick is fairly new to the world of biological products, he says certain genetics seem to respond better than others, and this year, he saw a benefit to plant and root structure, which helped boost nutrient and moisture uptake.

"I give the biologicals some credit for more lateral branching," Frederick says. "A bean plant operates in thirds. Bottom third, middle third and top third. It doesn't like to translocate toward the bottom of the plant. This year, some plants actually started to put blooms toward the bottom of the plant again, and produced a one-or two-bean pod again down there. That was really cool to see."

And the potential for improved lateral growth will be a key focus for him in years to come. Lateral branching is needed to hold extra pods on the plant, Frederick says.

"If you see a plant that doesn't have those lateral branches, you might get a max of 80 to 90 pods. If you have a plant with more lateral branches, you might get 60 pods per lateral and get 400 to 500 pods per plant. Meanwhile, if you plant too close together, plants won't grow those laterals," he says. "In order to reach yields that high, you've got to make that plant be able to hold as much pods as possible, and those laterals are huge when it comes to podding."