This has been a difficult year for Jack Trumbo of Simpsonville, Ky. In February, his home burned down. Then he suffered a life-threatening accident. 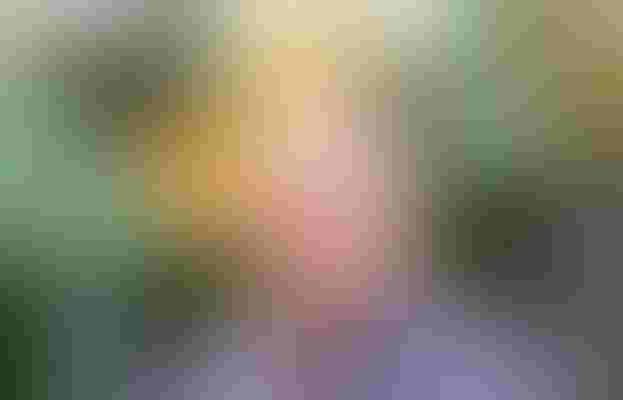 <p>Jack Trumbo of Simpsonville, Ky., is the 2015 Swisher Sweets/Sunbelt Expo Southeastern Farmer of the Year from Kentucky.</p>

This has been a difficult year for Jack Trumbo of Simpsonville, Ky. In February, his home burned down. About a month later, he suffered a life-threatening accident when a tractor ran over him. He endured multiple injuries. Prompt medical attention helped save his life, followed by surgeries and a long rehabilitation.

He recently took a major step forward in his recovery when he started using a walker to get around. Despite occasional setbacks, he keeps a positive attitude and remains determined to climb back upon a tractor and manage his farm at the profitable levels it reached in prior years. A farmer for 64 years, Trumbo is an outstanding crop producer. His main crops are soybeans, corn, wheat and rye.

As a result of his farming success, Trumbo has been selected as the 2015 Swisher Sweets/Sunbelt Expo Southeastern Farmer of the Year award winner for Kentucky. He joins nine other state winners as finalists for the award. The overall winner will be announced on Tuesday, Oct. 20 at the Sunbelt Ag Expo farm show in Moultrie, Ga.

Trumbo farms more than 2,000 acres of rented land. Recent per acre yields on his farm have been about 50 bushels for soybeans, 178 bushels for corn and 65 bushels for wheat.

Straw is a major crop. He grows rye on 800 acres as a cover crop and for straw. He has also partnered with other farmers to bale, store and deliver straw to horse and landscape customers.

He has provided planting, spraying, harvesting and mowing for other landowners, and these custom farming services have helped pay for his equipment.

Trumbo says the custom farming and straw sidelines boosted his gross farm revenues by 20%. Trumbo also works closely with a crop consultant who checks for pests and keeps tabs on the overall condition and potential yield of his crops.

As a child, his first farm job was operating a sickle bar mower and cutting grass silage behind a team of horses. After high school, he lost an eye in a shop accident and invested in a gasoline station while farming on the side. He rented 110 acres during his first year of farming. He sold the service station and became a full time farmer at age 42.

Over the years, he also lost much of his ability to hear. Modern hearing aid technology helps him overcome this handicap.

In recent years, Trumbo bought an old manufacturing facility in Simpsonville that he transformed into an equipment storage and repair facility. He leases out some of the space and would like to develop an aquaculture enterprise on the site.

Forward contract sales have helped him market his crops. He has used forward sales as early as two years prior to planting, but most of the time the forward sales take place after he establishes the likely size of the current year’s crops. He also uses a professional marketing firm that provides him with advice on crop hedging. He also uses crop storage when he sees a price advantage of holding onto a crop.

He works to protect the environment. For instance, he practices crop rotation and maintains waterways and buffer strips to minimize erosion. Since 1992, he has used no-till planting. He uses precision farming technology such as automated steering and variable rate applications to reduce the waste of fuel, fertilizers, herbicides and seed. He plants extensive cover crops to promote soil aeration and to reduce the amount of herbicides and fertilizer needed for his main crops.

Keeping landlords happy helps keep land available for farming, according to Trumbo. He uses cash leases, crop share leases and leases that combine elements of cash leasing with farming on shares. He supports conservation easement programs and is proud that only one of the farms he has rented during the past 22 years was later sold for development.

Trumbo stays up to date on farming technology. “There’s room in our world for GMO, non-GMO, organic and production agriculture,” he says. “Working together, we can provide the products and services our customers demand, whether they are from the U.S. or are international customers.”

Find out more about Trumbo and the other state winners of the 2015 Swisher Sweets/Sunbelt Expo Southeastern Farmer of the Year at the Sunbelt Ag Expo, which is Oct. 20-22.