Did you know balansa clover is an alternative to planting cereal rye ahead of corn? Plus, read about potential pest damage related to cover crops. 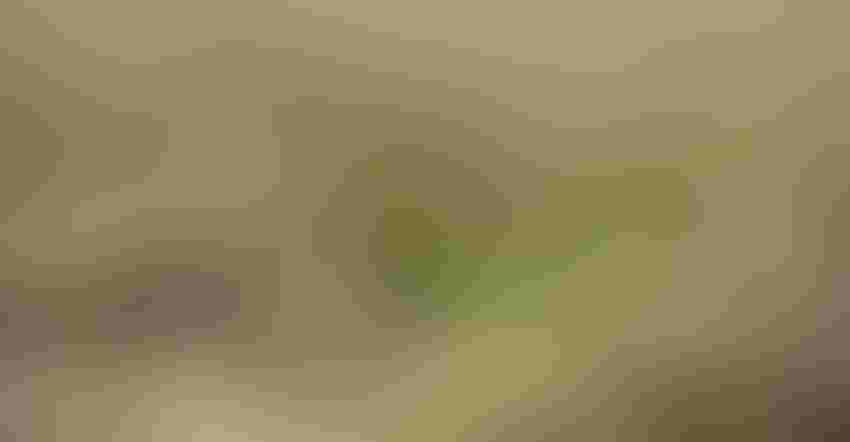 MANAGE AS PART OF SYSTEM: Looking to add cover crops to your cropping system? Make sure you have a plan to help maximize benefits of the cover crop as well reduce potential risks. Holly Spangler

Are you new to cover crops or want to build on what you already know? A cover crop panel of folks on the ground prove there’s always more to learn.

What have they learned? Here’s insight from the experts:

1. Reap the benefits. From the beginning, cover crops have helped prevent soil erosion and slowed nutrient loss, Armstrong says. In the last eight years, they’ve documented that cereal rye reduces nitrate loss via tile drainage by 39% to 50%. This reduction of nitrate loss still occurred when 60 pounds of nitrogen was added to the offset nitrogen uptake of cereal rye. Armstrong says it’s safe to say grass cover crops are scavengers of nitrogen and reduce nitrate loss via tile drainage.

2. Overwintering legumes are an option. Over the years, Armstrong has learned that the high carbon-to-nitrogen ratio of cereal rye residue ahead of corn causes nitrogen immobilization. Nitrogen immobilization simply means microbes begin to break down and decompose the residue, and if they can’t find N in the residue, then they start taking N from the soil, creating a deficit of available N to the incoming corn crop.

4. Consider seeding and termination. Ever wondered how much cereal rye is needed to reduce tile nitrate? Gentry says 0.5 ton per acre of aboveground biomass is sufficient ahead of soybeans and contains 20 to 30 pounds of N per acre. This creates a carbon-to-nitrogen ratio of 25-to-1. Plus, a study on Miller’s Piatt County, Ill., farm showed up to 2.5 tons per acre of aboveground biomass added ahead of soybeans doesn’t negatively affect soybean yields. This biomass contained 50 to 60 pounds of N per acre with a carbon-to-nitrogen ratio of 60-to-1, and tile nitrate was less than 1 part per million. For reference, 5 to 10 ppm of tile nitrate comes out of a conventional system.

On the other hand, if you use cereal rye ahead of corn, Gentry suggests terminating the cover crop two weeks before planting corn to reduce risk of nitrogen immobilization. Miller followed these suggestions and strip-tilled through the cereal rye in the fall. At the point of termination, cereal rye biomass was still sufficient at 0.5 ton per acre. The result of aboveground biomass between 0.5 and 2.5 tons per acre means more carbon in the system and an opportunity to lessen the tile nitrate problem.

5. Early-planted beans help. Across Illinois, more farmers have adopted early planting of soybeans. Pike says that gives farmers more time in the fall to establish a better cover crop mix for corn. Early-planted soybeans also create an early harvest and a wider window for a diverse cover crop establishment in the fall. While cereal rye has a wide planting window and can be planted later in the fall with success, other species such as clovers need to be planted earlier, around late September or early October, to reach a stage of growth that allows for winter survival.

Pike also recommends seeding a mixed-species cover crop ahead of corn to better manage the carbon-to-nitrogen ratio, and the winter survival of clovers and other legumes improves when they are planted in a mix rather than as a single-species cover crop.

6. Manage as a part of a system. Success with cover crops is the result of proper management of the system, not just treating the cover crop as an additional input, Pike says. This doesn’t mean everything in the cropping system needs to be changed, but the addition of a cover crop requires a plan to ensure the benefits of the cover crop are maximized, and potential risks are minimized. Miller uses the total systems approach as a cover crop user with a rotation of corn, wheat and double-crop soybeans. He also uses an air seeder on the corn head to broadcast cover crops while harvesting the corn crop.

7. Watch for potential pest damage. And don’t forget about potential risk of pest damage. Seiter says recent research has looked at insect damage in a cereal rye ahead of soybean system. The result? No significant increase in insect damage to the crop. However, more insect pressure tends to occur when corn is planted shortly after cereal rye termination. Overall, the most problematic pests following cover crops are slugs due to residue and moisture, and true armyworms due to dense grass.

Bottom line, Seiter suggests you manage cover crops for nutrient loss reduction first and worry about pest management as you scout and see problems arise. Sure, pest damage may happen, but it won’t be impossible to handle.

Watch the panel below.