Peanut butter sales are up and in-shell peanut sales are down, but overall, peanut products are booming right now. 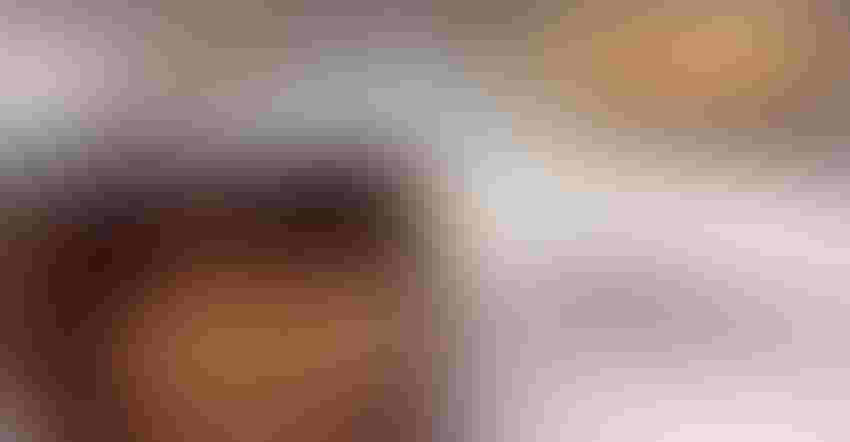 Peanut products, specifically peanut butter, have been booming since the COVID-19 pandemic hit the USA in March. With families staying home more and needing quick snack and lunch options, peanut butter started flying off the shelves as consumers stocked supplies of the popular product.

In a 2020 USA Peanut Congress presentation, a panel discussed how manufacturers and brands are adapting under the pandemic.

"In April, it was up almost 20%, leading us to believe that people were probably restocking some of that peanut butter they initially bought in March. On the snack peanut side, we saw almost more than a 20% increase in peanut purchases in March compared to 2019, and in April, it was back more to what we would normally expect at around 3% increase."

Peanut butter is also high in protein, so it helps meet daily nutritional needs. Plus, it's relatively inexpensive, and it's enjoyed by most people and has several uses, making it a good pantry staple.

E-commerce has been a significant sales channel for dry grocery products in general but especially peanut butter.

"Peanut butter is one of those products that can be easily shipped in bulk," Zalben said. "I think going forward we are going to see more and more people using e-commerce as a way to buy groceries."

The COVID-19 crisis has resulted in all businesses having to take a step back and make a few changes. The peanut industry is no exception.

"When COVID-19 hit, everyone was thrown into a bit of a crisis management situation first and foremost, and it became pretty evident that people were running to the store and cleaning up the shelves," said Nick Melhuish, president and CEO of Algood Food Company.

"Peanut butter was one of those staples people were stocking up on, so our company had to adjust pretty quickly. One way we modified our business to help fill up the shelves as quickly as possible was we started running long, efficient runs of creamy peanut butter for more efficiency.

"It's a strange situation. People have asked how the business is, and, while you never wanted it to be because of a pandemic, peanut butter is booming right now."

In-shell peanuts are not booming. With major and minor league baseball games canceled and restaurants closed, in-shell peanut sales have taken a hit.

"The bad segment going on right now is with the in-shell peanuts," said Tom Nolan, vice president of sales and marketing at Hampton Farms. "When you think about stadiums and consumption of in-shell peanut sells at the stadiums, it is strictly a function of attendance.

Similarly, steak house restaurants who put out in-shell peanuts shut down for a time.

"It's been virtually zero in sales for a good 90 days from restaurants that normally buy in-shell peanuts. On a positive side, we've been surprised to get some orders in May to have the product back out in June and July."

Peanuts also have taken somewhat of a hit in the candy business.

"The candy business is an impulse business," said Daniel Whitehouse, Mars Wrigley global procurement director for nuts. "We are seeing some significant declines across our portfolio, but it doesn't hit our portfolio evenly. We're predominantly an impulse business as consumers will pick up a candy bar at the checkout at the grocery store or the airport. With consumers making fewer trips to the grocery store and places that sell candy, that has been quite disruptive to our sales, so we have seen some declines over the last couple of months. On the bright side, M&M's, since it's a strong brand, remained relatively resilient.

"The other business that's actually growing for us right now is ice cream with nuts. Overall, it's a mixed picture, but it has been certainly a challenging environment."