U.S. peanut harvest wasn’t expected to be a wagon buster nor a heartbreaker, but then Hurricane Ian entered the Gulf of Mexico to alter the outlook. 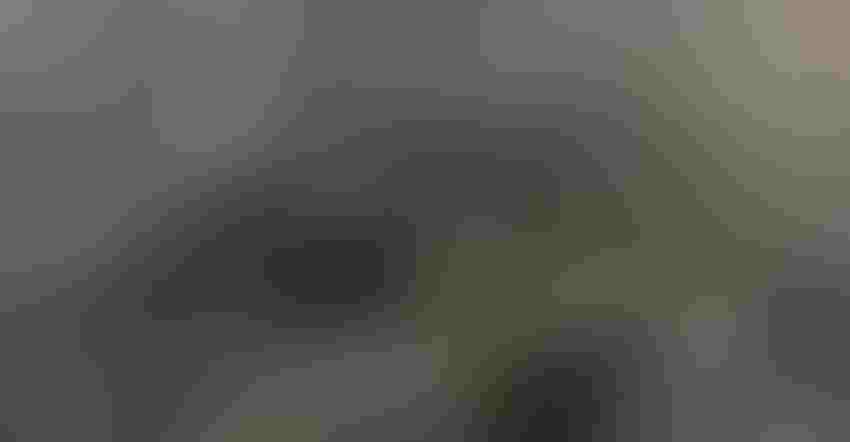 Dank late-summer weather flipped to clear skies in September across the Southeast, and a welcomed shift. The 2022 peanut harvest eased into fields. A wagon-busting crop wasn’t expected. Neither was a heartbreaker. Tropical storm activity remained muted in the Gulf of Mexico until a major hurricane tempted to alter the outlook this week

In a Sept. 26 message to University of Georgia Extension offices in peanut-heavy counties and when Hurricane Ian's projected track posed risk but wasn't certain, UGA Extension peanut agronomist Scott Monfort advised growers to “only dig the risky fields from disease, poor stem strength, over-mature with nuts coming loose in hull. If vines are healthy, leave them in the ground until the storm (Ian) passes.”

Also, Camp Hand, UGA Extension cotton agronomist, advised cotton growers, “If your crop has been defoliated in the last week, pick it ASAP, particularly if you have a variety prone to ‘falling out.’” If not, hold off defoliating until the storm passes.”

Rewind two weeks ago to the annual Georgia Peanut Tour in Tifton, Ga., and before Hurricane Ian was on a radar or up for name calling. Monfort, during opening remarks of the tour, said Georgia’s average peanut yield likely wouldn’t break a record, but the crop had strong yield potential. Peanut digging and harvest began in earnest that same week.

Georgia annually produces half of the total U.S. peanut crop. This year, peanut farmers in the state planted an estimated 680,000 acres, or 70,000 acres less than in 2021. Yields will vary as they do, and this year, in his view, ranging from one and a half tons per acre to more than a nice three tons per acre or more, with a potential average between 4,000 and 4,300 pounds per acre.

If all goes well from here to there.

UGA Extension plant pathologists on the peanut tour said 2022 was the toughest year in more than a decade for tomato spotted wilt virus disease, with at least 10% or more of the crop hit hard by the virus. TSWV doesn’t like high yield potential. Drags it down.

In cases, TSWV covered 70% to 80% of fields. Those fields were planted earlier in April, which put them at higher risk for the disease. A dry, record-hot June hindered pollination and pod development for earlier planted peanuts. As harvest progressed in September, early peanuts were coming up short on yields and quality, causing a concern.

According to USDA's most recent estimates, the average U.S. yield is forecast at 4,145 pounds per acre, or 10 pounds more than 2021. Record-high yields are forecast for Florida, North Carolina, South Carolina and Virginia.

Andy Robinson and his brother, Scott, are major peanut growers in Williston, Fla., about 115 miles north of Tampa.

Robinson told Southeast Farm Press Sept. 27 that the first half of their harvested peanut crop, “was the best crop we've ever made. Second half is good, but nothing to brag about. The last quarter is kind of going to depend on how rough this storm is on us and how many days of rain we get."

September turned out dry for much of the peanut region, and some fields needed moisture to help peanut digging, but only a little moisture.

Hurricane Ian made landfall today south of Tampa as a life-changing, major Cat 4 storm. Its track is predicted northeast up Florida’s peninsula and into southeast Georgia by Thursday and Friday. South Carolina was also bracing for the storm. South Carolina Governor Henry McMaster today declared a state of emergency.

“It’s still too early to know exactly how Hurricane Ian will affect South Carolina, but preparations at the state level are well underway, and this declaration of emergency is another step in that process,” said McMaster in a Sept. 28 statement. “We do know we’ll see a lot of rain and significant storm surge on our coastline over the coming days – now is the time for each South Carolina to make plans for every contingency and be prepared.”

Time is quickly running out for residents to rush preparations to completion on the southwestern Florida peninsula as Hurricane #Ian nears.