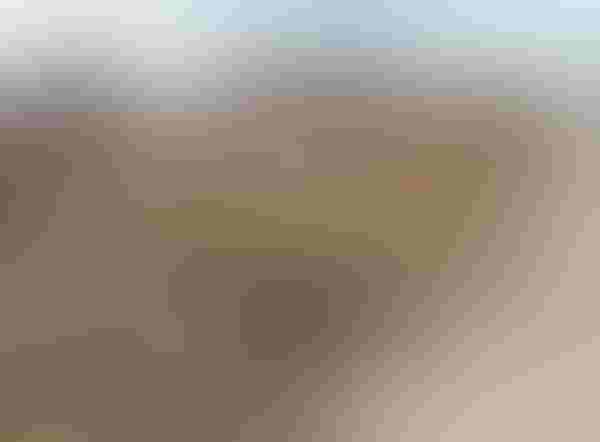 Agriculture Secretary Tom Vilsack recently appointed four members and five alternates to serve on the National Peanut Board. The appointees will serve three-year terms beginning Jan. 1, 2016, and ending on Dec. 31, 2018.

Florida: William Carte grew up on Stonewall Farm, which he became the owner of 16 years ago and now operates. He grows peanuts and sesame and has a cattle operation. His background includes two years at North Florida Junior College and completion of leadership programs with Florida Farm Bureau Young Farmer & Rancher Leadership Group, University of Florida Natural Resources Leadership Institution and the Syngenta Peanut Leadership Academy.

Carte is married to Sarah and they have two daughters, Maddie and Lindsleigh.

Georgia: Andy Bell of Climax is the new board member, after serving as the Georgia alternate member for six years.

Born and raised on a farm, Bell has farmed and been partner of Bell Farms since graduating college. His farming operation consists of peanuts, cotton, corn, pine timber and 200 head of cattle. Bell is a graduate of Abraham Baldwin College of Agriculture, and the University of Georgia.

Bell is also a member of the board of directors for the American Peanut Growers Group. His leadership experience includes membership in the Decatur County, Ga. and American Farm Bureaus, as well as past presidency of the peanut committees of the American and Georgia Farm Bureaus. He has also served as an advisory board member of the health science and professional studies department at Bainbridge State College. Bell and his wife Judy enjoy travel and attending sports games, including University of Georgia football and the Atlanta Braves.

Neil Lee of Dawson is the newly appointed Georgia alternate member. Having grown up and worked on a farm his entire life, Lee established his own farming operation, Lee Farms, in 2002. Besides peanuts, Lee also grows cotton, corn, pecans, wheat, soybeans and raises llama calves. He studied business administration at Georgia Southern and Georgia Southwestern University.

Lee has served as an advisory board member to the Georgia Peanut Commission for the past four years. He is a member of the United Methodist Church in Dawson and participated in the Syngenta Peanut Leadership Academy in 2012. Lee enjoys spending time with his wife Ashley and daughters Abby and Caroline.

At-Large positions: Eileen Jordan of Rayville, La. is the newly appointed board member. Jordan is partner in Jordan Planting Company in Oak Ridge, La. with her husband Vic, former chairman of the National Peanut Board, and father-in-law Francis II. Jordan has been farming for 35 years and grows peanuts, corn, soybeans, rice, timber, pasture and has a cow/calf operation. Jordan graduated from Northeast Louisiana University (now University of Louisiana Monroe) with a bachelor’s degree in dental hygiene and has been a registered dental hygienist for more than 30 years. Jordan is a member of the Louisiana Farm Bureau. She and her husband have three children: Jenny, Emily and Victor IV. She attends Saint David’s Episcopal Church.

Micah Barham of Oak Ridge, La. is the new at-large alternate member. Barham is president of Barham and Barham Farms where he grows peanuts, corn and cotton. Barham is in the fourth year of farming himself and grew up in a farming family. He and his wife Alex reside in Monroe. Barham graduated from Louisiana State University with a degree in agricultural business. He’s a member of the Louisiana Farm Bureau and Louisiana Cotton and Grain Association. In his spare time, Barham enjoys hunting, dining out and playing tennis.

South Carolina: Bud Bowers of Estill is the new board member after serving as the South Carolina alternate member for six years. Owner and operator of Corrin F. Bowers & Sons Farm, Bowers began farming in a partnership in 1976. Today, his wife Sallie and children Corrin Bowers III and Louisa Beach all assist on the family farm operation. They farm peanuts, cotton and corn.

Bowers graduated with a bachelor’s degree in business administration from the University of South Carolina. Additionally, he is a member of the South Carolina Peanut Board, Farm Bureau and the Lions Club. Bowers is also a deacon at Lawtonville Baptist Church.

Steven Neal Baxley Jr. of Alcolu is the newly appointed South Carolina alternate member. Baxley is a seventh-generation farmer and, along with his father Steve and brother Gene Robert, owns and operates Baxley Farms LLC. They grow peanuts, corn, cotton, soybeans, wheat and rapeseed and have a cattle and hog operation. Baxley graduated from The Citadel with a Bachelor of Science in civil and environmental engineering. He and his wife Amanda have three daughters: Madison Kate, Myra Elizabeth and Magnolia Grace.

Texas: Peter Froese Jr. of Seminole is the new Board member after serving as the Texas alternate member for six years. Froese owns and operates Froese Land and Cattle in Seminole, Texas. A fourth-generation farmer, Froese has produced peanuts for 25 years and also grows wheat, cotton, sorghum and has a cattle operation. Froese is a graduate of Syngenta Peanut Leadership Academy. He and his wife Shirley have four children: Westin, Adelheidi, Emmaline and Bailey.

Since 1994, Froese has been a member of Western Peanut Growers Association. For 10 years, he has been a co-owner of SunCot Cotton Gin and serves as vice president of the board of directors. He is also part owner of insurance agency Jones and Lowe. Froese is a member of the Texas Peanut Producers Board and Texas Farm Bureau and has been a deacon at Seminole Mennonite Evangelical Church for 12 years. In his spare time, he likes to hunt and fish with his family.

Bob White of Clarendon is the new Texas alternate member, after serving as Board member for six years and as the Board’s 2015 chairman. White and his wife Pat own and operate White Land Farms and produce peanuts, cotton, wheat, sorghum, potatoes and cattle. They have two daughters, Mandi and Holli, and three grandchildren: Madison, Alex and Maddex. A fourth generation farmer and graduate of Hedley High School, White has been past president of the Panhandle Peanut Growers Association and a past board member on the American Peanut Council. He is a past member of Texas Peanut Producers Board, the Donley County Soil Conservation Service Board and the Donley County Farm Bureau.

White has served on the National Peanut Board for nearly a decade and sees his service as a way to give back to the industry. But he says he has benefitted as well.