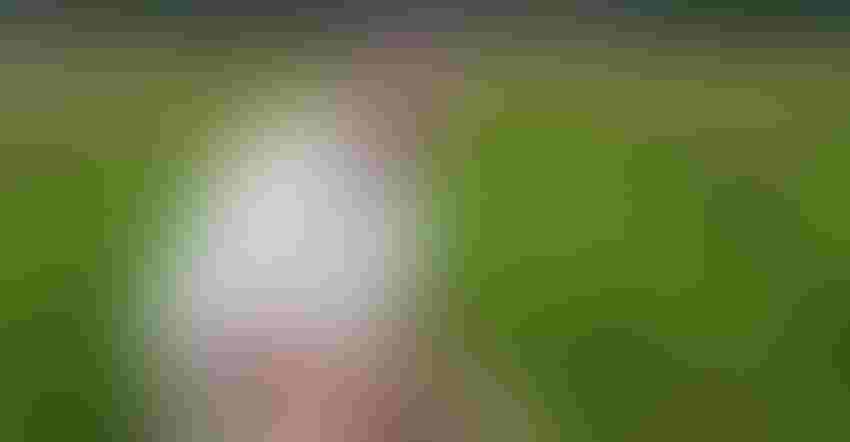 On a mild day in mid-October, the USDA-ARS peanut breeder walked research plots growing on a University of Georgia research farm in Tifton, Ga., where a dozen or so different peanut cultivars grew in small two-row blocks each.

Holbrook’s trials included commercially available cultivars and ones, like CB-7, not yet available to farmers. The varying cultivars had received no fungicide treatments and were planted in June, putting them squarely in the window for heavy late leaf spot pressure before full maturity and digging. Varying degrees of defoliation littered the work. CB-7 held together.

For several years now, farmers in the U.S. peanut belt, particularly those in its southeastern loop, have been told a leaf spot resistant peanut is on the way, particularly a cultivar with high-yield potential and economic return without needing, or at least not needing much, fungicide applications to protect against leaf spot.

Holbrook says CB-7 is a high-oleic runner with strong resistance to leaf spot along with good resistance to tomato spotted wilt virus, good quality and yields with a maturity like Georgia-13M and Georgia-06G. CB-7 has a slightly smaller seed size than Georgia-06G, which has for more than a decade been and continues to be the workhorse variety for the country’s major peanut-growing region.

He said CB-7’s cousin CB-2 is a normal-oleic peanut with strong leaf-spot resistance that may come to commercialization for growers farther down the road.

Some available peanut varieties now can stand a bit of early-season leaf spot. But it’s tougher cousin, late-leaf spot, comes on stronger and can eat a grower’s yield if not managed timely with a sound fungicide program. As part of a continued systems approach to disease management, leaf spot resistance would allow peanut growers to reduce fungicide applications during a season without the yield losses, he said.

“We got a line from Brazil where they had used Tom's line to make a cross, and we took that Brazilian line and crossed it to TifNV-High O/L. We then crossed it with Georgia 13-M. I've always liked 13-M in crosses and as standalone, but it's just very susceptible to leaf spot. Then we backcrossed it again to Georgia 13-M to capture some of the yield and grade for CB-7,” he said.

Peanut breeders through conventional crossing and backcrossing methods transfer desirable genetics to cultivated varieties. The work done by these peanut breeders started decades ago and cleared the path for major improvements in commercial traits since, including leaf spot resistance today, he said.

The five-year-long, industry-supported initiative to map the peanut genome successfully completed its work and released the information three years ago. The genomic map along with marker-assisted selection now helps breeders better understand which genes contribute directly to the desired trait.

To get to the leaf-spot resistance milestone quicker, conventional breeders like Holbrook turned to that genomic toolbox. Holbrook received help from Peggy Ozias-Akins, a professor in the UGA College of Environmental and Agricultural Sciences and director of UGA’s Institute of Plant Breeding, Genetics and Genomics.

At the basic level, Holbrook annually gave Ozias-Akins' lab 150 bags containing 100 seeds each. Her laboratory sliced a small piece of each seed without damaging its vitality, ground the slice, ran the DNA and looked for the genes specific to leaf spot resistance and returned to Holbrook a bag or bags containing seed with leaf spot resistance. He then grew those seed out in research plots like the ones in Tifton and at the peanut winter nursery in Puerto Rico, greatly increasing the speed and accuracy of his conventional breeding program.

About the sooner-rather-than-later leaf spot resistant variety, what is Holbrook hearing from growers and grower groups?

“Most of the feedback I get is from growers asking when they can get some seed on their farms,” he said.

At the current pace and if all stays on track, he said, early 2025 looks like the when.

By the way, the ‘CB’ in the cultivars’ experimental names stands for “Corley Bulk,” a coding method Holbrook’s breeding program uses at the winter nursery in Puerto Rico. CB-7 will eventually get another name before it hits farmers. If like other varieties released by Holbrook, CB-7 will likely one day have a “Tif” in its name.