Mars Chocolate &ndash; which is one of the top five peanut buyers globally &ndash; is focusing on developing high-oleic acid peanuts and has even made a commitment to using 100-percent high-oleic peanuts in its M&amp;M and Snickers products by 2017.&nbsp; 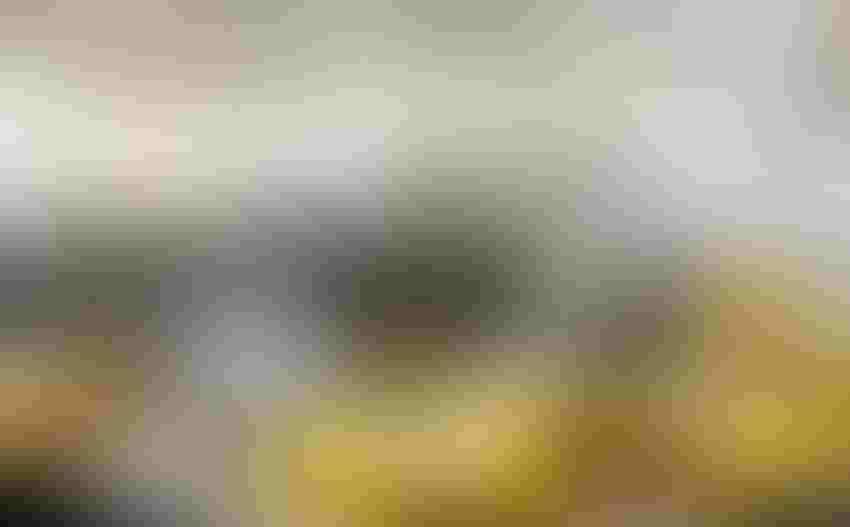 <p>MARS CHOCOLATE HAS made a commitment to using 100-percent high-oleic peanuts in its M&amp;M and Snickers products by 2017. Shown are M&amp;Ms at the Mars Chocolate Hackettstown, N.J., facility.&nbsp;</p>

Top-quality, edible peanuts are in high demand, with U.S. major manufacturer Mars Chocolate projecting that its needs alone will triple by 2025. To insure that peanuts as a crop remain competitive, Mars is working with others in the industry to advance high-quality, medium-sized, edible varieties that meet the requirements of both manufacturers and consumers.

To this end, Mars Chocolate – which is one of the top five peanut buyers globally – is focusing on developing high-oleic acid peanuts and has even made a commitment to using 100-percent high-oleic peanuts in its M&M and Snickers products by 2017. To achieve this goal, the company has supported the mapping of the peanut genome and is working to improve the availability and quality of high-oleic peanut seed.

(Editor’s note: This is the final installment of a two-part series focusing on high-oleic peanut cultivars and their adoption by Southeast producers.)

Mars Chocolate is also committed to making sure that peanuts as a crop remain competitive in the U.S., and it has especially focused on working with the industry and with farmers in the Southeast to adopt high-oleic peanuts, says Anne-Marie Delorenzo, Strategic Sourcing Manager of Peanuts for Mars Chocolate North America.

The success of this commitment has been remarkable, she says. In 2011, only 6 percent of the U.S. peanut crop was planted in high-oleic varieties. Today, that number had quadrupled, to approximately 24 percent.

“I meet with growers to help them understand the benefits of high-oleic peanuts and to help them get the most profit from their farms,” says Delorenzo. “I also work with shellers and others at the farm level to see how we can get more high-oleic peanuts grown. We believe it’s not only good for our products, but it’s also good for the industry and for peanuts in general.”

One of the benefits to growers, she says, is that high-oleic varieties available today are currently out-yielding conventional varieties.

High-oleic peanuts also offer huge benefits to manufacturers, especially of confectionary and jar products, because it takes longer for peanuts to go rancid if they’re in a candy bar such as Snickers, or if they’re eaten from a jar, adds Delorenzo.

“The likelihood of a U.S. consumer eating a rancid-tasting high-oleic peanut is almost zero versus a non-high-oleic that can go rancid. When peanuts are roasted it changes the profile of the acid, causing it to break down, and once oxygen hits it, it goes rancid.

“When you take a jar of peanuts and open them, and if they sit in a bowl for a couple of days or a week, oxygen will turn them rancid eventually. From the standpoint of a U.S. manufacturer, it’s key to have a high-oleic peanut. The majority of users for peanuts in Europe – a primary export customer for U.S. peanuts – want high-oleic peanuts. Currently, they’re buying a majority of their peanuts from Argentina, and they’re all high-oleic. For U.S. manufacturers and shellers to be competitive, a high-oleic peanut gives them the ability to compete with Argentina, which is a big exporter into Europe,” she says.

High-oleic peanuts are now available – and others are coming – that compete favorably with conventional varieties in terms of yield and quality, says Delorenzo.

“The University of Georgia has Georgia-13M, which is definitely out-competing the non-high-oleic varieties. Also, Georgia-09B has performed well, and they have a new one that hasn’t been named yet that looks promising.”

The University of Florida has three high-oleic varieties that are highly competitive – TUFRunner 727, TUFRunner 511 and FloRun 107,” says Delorenzo.

“In Georgia, there are farms in the southwestern part of the state where growers had yields of 6,200 to 6,500 pounds per acre on irrigated land with the FloRun107, and one farm there had 6,644 pounds per acre. On dryland, we’re seeing about 3,500 to 3,600 pounds per acre. So they’re highly competitive with Georgia-06G, and they actually out-yielded 06G in a couple of fields. All of the peanut breeding programs have committed to developing high-oleic peanuts, and due to the work of companies like Mars Chocolate, we’ll get there sooner.”

Farmers in the past would lose points on grade due to splitting whenever they planted high-oleic peanuts, says Delorenzo, but varieties today are much improved.

As far as growers are concerned, the stumbling blocks in the past for growing high-oleic peanuts have been yield and grade.

“There are four varieties available today, and they absolutely are competitive in terms of yield and grade with Georgia-06G. Recently there have been some issues with Georgia-06G and tomato spotted wilt virus, but the disease-resistant packages in these new high-oleic varieties are excellent.”

The U.S. industry needs to understand, says Delorenzo, that if it wants to sell more peanuts, it needs to have a product that consumers will like whenever they eat it. Once they stop eating them, they won’t be going back and buying more, she says.

“Peanuts that taste good every time a consumer eats it are peanuts that a consumer will want to by every time. As a grower, you want people to buy more and more of your crop.”