Joneslan Farm owners talk about the transition from conventional dairying to dairy goats. 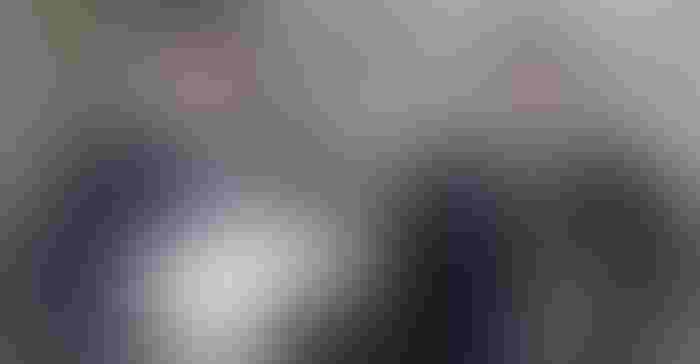 Dairy goats aren’t new to New England agriculture, but operations on the scale of Joneslan Farm in Hyde Park, Vt., are. And it’s not likely to be the last.

Brian and Steve Jones are in the vanguard of a large-scale goat dairy industry that could supply big-name processors such as Vermont Creamery.

Vermont Creamery, an award-winning cheese and butter company, expanded its plant in Websterville in 2020, a project that increased its capacity by nearly 40%. Land O’ Lakes’ purchase of the company in 2017 helped fund the expansion and gave it worldwide distribution.

With sales of goat cheese growing fast, the state’s 16 goat milk farms, including Joneslan, haven’t been able to keep up. So, the company, which sources much of its milk from Canada, is banking on conventional dairies that have been exiting the business to instead turn to dairy goats.

That’s what the Jones brothers, who were milking 300 cows, decided to do. They are the fifth generation of their family on the farm.

“We knew that dairy wasn’t going to fly anymore,” Brian says. “We didn’t want to get bigger, and we knew we had to do something.”

Three years ago. he started talking to other local goat producers and wondered how many goats he and his brother could fit in the existing freestall barn. He also watched YouTube videos on goat milk production.

Then, after the farm received its award for 28 straight years of quality milk from St. Albans Cooperative Creamery, news came that the co-op was merging with Dairy Farmers of America.

The brothers decided that they wanted out. “It’s just a different attitude with DFA,” Brian says.

Two years ago, the Jones brothers sold their herd and began the transition. But the pandemic screwed up their careful strategy.

They planned on buying a new, straight milking parlor — their largest expense — but manufacturing delays slowed things up. In retrospect, that was a plus because, in the meantime, they found a used rotary parlor. They drove to Ontario, broke it down and brought it back at a cost of about $100,000, much less than the new parlor they wanted to buy.

The brothers took out the 300 freestalls in the barn and narrowed the feed alleys. All in all, they say, it cost them about $500,000 to make the transition. They got $150,000 from the state’s Working Lands Enterprise Initiative fund to help.

Brian and Steve couldn’t find enough goats locally, so they bought most of their flock from a single farm in the Midwest. Now, they have 900 mature goats and 160 kids, mostly high-producing Saanens, “the Holstein of goats,” Brian says. Next winter, they plan on expanding to 1,000 head.

The goats give an average of 5 pounds of milk daily, milked twice a day, and Joneslan’s contract with Vermont Creamery guarantees them $50 cwt.

“That’s one thing with goats, we have a contract and a fixed price, which varies only for protein and quality,” Brian says.

The goats are fed dry hay round bales and grain pellets. “They’re actually pickier than cows,” he says. This basic feed program helps keep costs down, especially with the price of fuel and fertilizer rising. “We don’t need a mixer wagon and we’re not growing corn, so that’s a big savings in diesel fuel,” he adds.

One expense they didn’t plan for was bedding. The goats are housed on bedded packs, with straw added daily and pens cleaned out every few months. “The bedded pack keeps them warm, and manure handling is much easier,” he says. They grow winter rye for bedding straw.

At two round bales per day, they used up nearly 800 bales last year, so this year they’ll jump from 65 acres of rye to 100 acres.

The does are bred at 7 to 8 months of age. Gestation is about five months, and goats often have twins or triplets, so you can increase the size of a flock quicker than with cows.

The brothers had early problems with kidding, though. They lost many at first because of poor ventilation. “Respiratory is big with goats, and there’s no vaccine available,” Brian says. But he adds that, in general, goats have fewer health problems than cows.

The goats breed seasonally, roughly from July through March, although the brothers are working to extend the breeding season, using lights to lengthen the day.  They breed with bucks as artificial insemination is very new in the industry, and goat genetics lag dairy cow genetics.

With the large-scale dairy goat industry in Vermont still in its infancy, many dairy producers are looking at Joneslan as a model for success.

“Joneslan is a trailblazer for this work and has been actively creating the model. ... Farmers are watching them, checking in and gauging if this is a business model that would make sense for them,” says Kate Paine of Vermont Creamery.

Grants from USDA, she says, will help the company pay for research by the University of Vermont to assess and improve the state’s goat dairy industry, including infrastructure, education and technical support.

If you’re considering dairy goats, realize that it takes time to get used to a different animal, Steve says. And talk to a lot of people about goats, Brian says, who visited four Wisconsin dairies early on for information.

“Do a lot of homework; that’s the thing,” Brian says. “Everyone is kind of watching to see if it works.”