Wrapping large round bales with higher moisture and plastic may help get hay off the field faster. 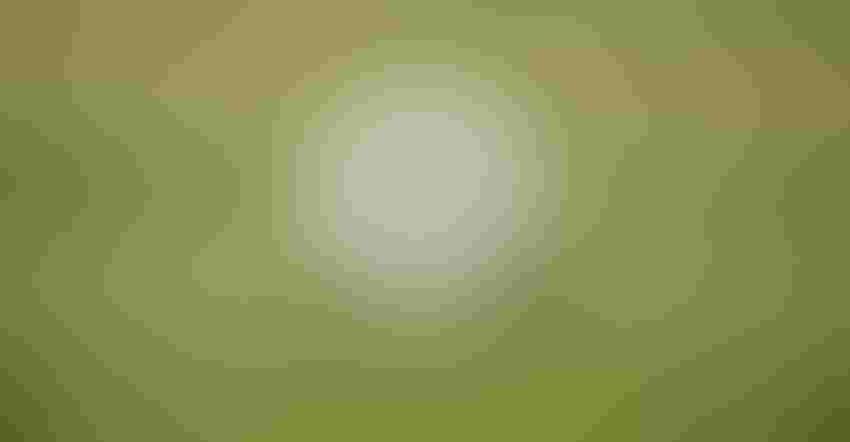 READY TO STORE: Hay bales wrapped in white plastic not only allow farmers to get in the fields faster and put up forage quicker, but also maintain quality. Thomas Winz/Getty Images

It seems as though rainy springs are becoming more of a haymaking tradition than an exception. Year in and year out, farmers fight to find the four or five consecutive days to let it dry, leaving some baling wet forage.

Tim Schnakenberg, University of Missouri Extension field specialist in agronomy, says the baleage harvest system is a good option for farmers because many of today’s round balers are designed to handle wetter forages, and they can be cost-effective.

“When we look at conventional silage systems,” he says, “we find that they're generally a pretty high investment. There's a lot of higher maintenance costs. But producers that we work with today are using round balers, and many of them are capable of handling wetter forage.”

He says farmers putting up any type of forage have gravitated away from square to round balers. So, the equipment is already in place to harvest; farmers just need a way to wrap it.

Typically, wrapping is looked at by farmers raising high-value crops. Schnakenberg has seen it used in crops such as alfalfa, sudangrass, rye, triticale or wheat. But he also says some farmers are using it to wrap fescue.

“I will say that bale wrapping gives you a lot more control of quality,” he says. “And it also gives you an early start to the hay season.” However, he notes it does not improve hay quality; it only preserves the forage quality.

“That is just because we got it harvested on time,” he explains. “You might see a 5% to 6% increase in crude protein in going to baleage of red clover and alfalfa.”

While there are positives to a baleage system, MU Extension state forage specialist Craig Roberts says there are a few concerns farmers should understand before baling fescue pastures.

Most of the tall fescue forage in Missouri can be used as pasture or a hay crop. Roberts says there can be a problem with ergot alkaloids in fescue.

Ergot alkaloids, when present in endophyte-infected tall fescue, are responsible for “fescue toxicosis” in livestock. In these fields, the endophyte is always present, Roberts says. He says if farmers ensile it or roll it up in a bale for haylage, it is “most definitely toxic.”

Roberts says once ergovaline in tall fescue hits 250 parts per billion, livestock producers can see problems with toxicosis. At the FSRC field at baling, ergovaline was at 800 ppb. It was allowed to wilt and ensile, and ergovaline levels dropped down to about 350 ppb.

“As ergovaline dropped to 350 ppb, which is still toxic, ergot alkaloids increased from about 750 ppb up to over 1,200 ppb,” Roberts explains. “So, what does all this mean? It means that if I roll up tall fescue at 55% to 60% moisture and I let it ensile, the toxins are preserved. It may not be the specific toxin of ergovaline, but the overall toxins are preserved.”

He says the best way to store fescue forage and reduce toxins in endophyte-infected tall fescue is to make hay out of it and then possibly ammoniate it. “Ensiling tall fescue hay is a good way to preserve all those toxins for feeding very toxic forage in the wintertime,” he adds.

Many of the ergot alkaloids will dissipate during the drying process to the point that it nearly cuts the count in half by feeding time in the winter. Ammoniation reduces the numbers even further.

When it comes to preserving the quality of wrapped hay, it comes down to plastic layers.

Schnakenberg points to research from Mike Collins with the University of Kentucky. He compared consumptions by cows one year after harvest of wrapped large round alfalfa hay bales in two, four and six layers.

Looking at the table below, in general, the more layers the greater the consumption with one exception — forage wrapped in two layers. Schnakenberg says with a little more than half the hay consumed, there might have been a mold issue or the two-layer wrapping technique may have less fermentation. 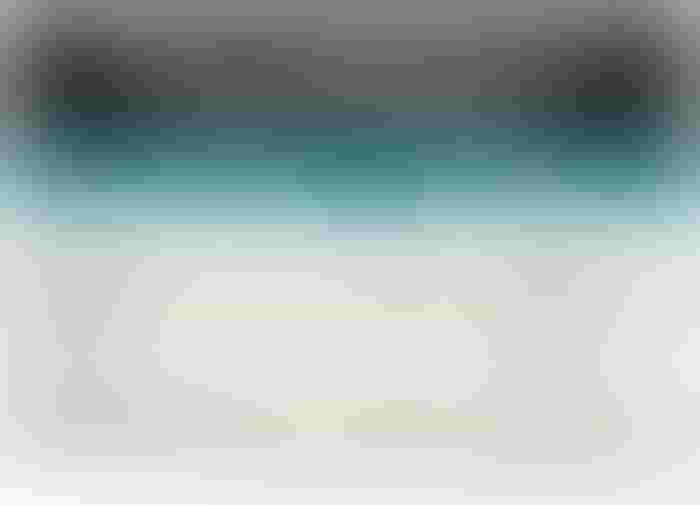 He recommends wrapping with at least four layers of 1-mil plastic with 50% overlap. For long-term storage, he advises farmers to aim for a total of 8 mil.

Schnakenberg recommends wilting forage down to no lower than 45% moisture and up to 60%. “That number has varied a little bit over the years,” he notes, “but we do find some people who will take it even lower than that.” Typically, grasses are wrapped at the higher end of moisture and legumes at the lower end.

Farmers need to keep the oxygen out of the bale. Wrapping a dense bale with net wrap and then wrapping with plastic as quickly as possible is the best option. Schnakenberg says plastic wrap should be done within five hours of baling if possible.

Make sure to have the right equipment to move these bales as they are heavier. Also transport them with care as the plastic material can tear leading to spoilage.

“It’s not a perfect system for every farmer,” he adds. “You have to evaluate it for your own operation.”