&bull; Analyses of bees found dead in and around hives from several apiaries over two years in Indiana showed the presence of neonicotinoid insecticides, which are commonly used to coat corn and soybean seeds before planting.&bull; The research showed that those insecticides were present at high concentrations in waste talc that is exhausted from farm machinery during planting. 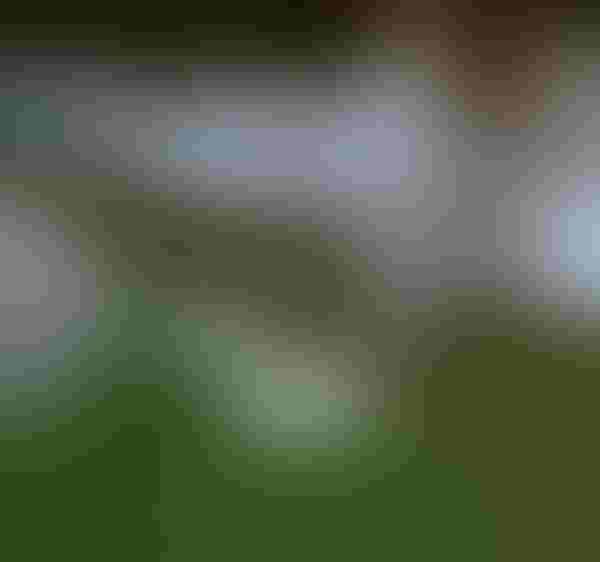 Honeybee populations have been in serious decline for years, and Purdue University scientists may have identified one of the factors that cause bee deaths around agricultural fields.

Analyses of bees found dead in and around hives from several apiaries over two years in Indiana showed the presence of neonicotinoid insecticides, which are commonly used to coat corn and soybean seeds before planting.

The research showed that those insecticides were present at high concentrations in waste talc that is exhausted from farm machinery during planting.

The insecticides clothianidin and thiamethoxam were also consistently found at low levels in soil — up to two years after treated seed was planted — on nearby dandelion flowers and in corn pollen gathered by the bees, according to the findings released in the journal PLoS One this month.

"We know these insecticides are highly toxic to bees; we found them in each sample of dead and dying bees," said Christian Krupke, associate professor of entomology and a co-author of the findings.

The United States is losing about one-third of its honeybee hives each year, according to Greg Hunt, a Purdue professor of behavioral genetics, honeybee specialist and co-author of the findings. Hunt said no one factor is to blame, though scientists believe that others such as mites and insecticides are all working against the bees, which are important for pollinating food crops and wild plants.

"It’s like death by a thousand cuts for these bees," Hunt said.

Krupke and Hunt received reports that bee deaths in 2010 and 2011 were occurring at planting time in hives near agricultural fields.

Toxicological screenings performed by Brian Eitzer, a co-author of the study from the Connecticut Agricultural Experiment Station, for an array of pesticides showed that the neonicotinoids used to treat corn and soybean seed were present in each sample of affected bees.

Krupke said other bees at those hives exhibited tremors, uncoordinated movement and convulsions, all signs of insecticide poisoning.

Seeds of most annual crops are coated in neonicotinoid insecticides for protection after planting. All corn seed and about half of all soybean seed is treated.

The coatings are sticky, and in order to keep seeds flowing freely in the vacuum systems used in planters, they are mixed with talc. Excess talc used in the process is released during planting and routine planter cleaning procedures.

"Given the rates of corn planting and talc usage, we are blowing large amounts of contaminated talc into the environment. The dust is quite light and appears to be quite mobile," Krupke said.

Krupke said the corn pollen that bees were bringing back to hives later in the year tested positive for neonicotinoids at levels roughly below 100 parts per billion.

"That's enough to kill bees if sufficient amounts are consumed, but it is not acutely toxic," he said.

On the other hand, the exhausted talc showed extremely high levels of the insecticides — up to about 700,000 times the lethal contact dose for a bee.

"Whatever was on the seed was being exhausted into the environment," Krupke said. "This material is so concentrated that even small amounts landing on flowering plants around a field can kill foragers or be transported to the hive in contaminated pollen. This might be why we found these insecticides in pollen that the bees had collected and brought back to their hives."

Krupke suggested that efforts could be made to limit or eliminate talc emissions during planting.

"That's the first target for corrective action," he said.

"It stands out as being an enormous source of potential environmental contamination, not just for honeybees, but for any insects living in or near these fields. The fact that these compounds can persist for months or years means that plants growing in these soils can take up these compounds in leaf tissue or pollen."

Although corn and soybean production does not require insect pollinators, that is not the case for most plants that provide food. Krupke said protecting bees benefits agriculture since most fruit, nut and vegetable crop plants depend upon honeybees for pollination.

The U.S. Department of Agriculture estimates the value of honeybees to commercial agriculture at $15 billion to $20 billion annually.

Hunt said he would continue to study the sublethal effects of neonicotinoids.

He said for bees that do not die from the insecticide there could be other effects, such as loss of homing ability or less resistance to disease or mites.

"I think we need to stop and try to understand the risks associated with these insecticides," Hunt said.