&bull; With a four-year, $1.2 million grant from the U.S. Department of Agriculture, University of Georgia food scientist Ron Pegg and his team now have the funding to transform the pecan&rsquo;s image from holiday baking ingredient to year-round powerhouse.&bull; Pecan exports to China have skyrocketed since 2004, from 5,455 tons when the nut was first introduced to 40,273 tons (about 80.5 million pounds) in 2009.&bull; And now India is also showing interest in importing the nut. 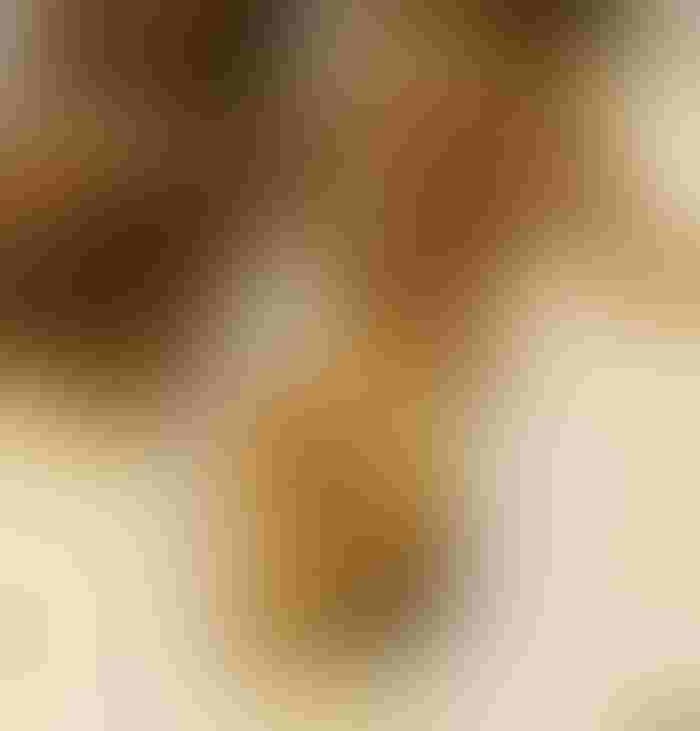 <p> <em><strong>PECANS ARE WELL KNOWN in the United States, but not in European countries. Using a USDA grant, UGA researchers hope to promote the nut&#39;s health benefits and help growers with production and profitability. </strong></em></p>

The pecan, a Georgia crop staple, packs a much higher antioxidant punch than its nut-cousin the almond.

But what the little-known nut is high in is overshadowed by what it’s low in — research, marketing and consumer data.

With a four-year, $1.2 million grant from the U.S. Department of Agriculture, University of Georgia food scientist Ron Pegg and his team now have the funding to transform the pecan’s image from holiday baking ingredient to year-round powerhouse. Their goal is to give consumers more information on the nutrient-packed nut and provide pecan growers with long-term profitability by improving their production efficiency and productivity.

Pegg’s research on pecans started with peanuts. As a food scientist in the College of Agricultural and Environmental Sciences, his specialty is looking at the nutrients and bioactives — like vitamins, minerals, antioxidants, phytochemicals and blood pressure- and cholesterol-lowering components — that certain foods possess.

From 2007 to 2009, Pegg worked with Ron Eitenmiller, an emeritus food science professor at UGA, on a nutritional study that examined the health potentials of new peanut varieties.

During that time, they were approached by pecan producer Jon Robison of the Georgia Pecan Growers Association to see if more could be learned about the pecan’s nutritional and health benefits. That led to a meeting with Hilton Segler, who was GPGA president at the time, and Duke Lane Jr. and Buddy Leger of the Georgia Agricultural Commodity Commission for Pecans.

Funding from the commission helped Pegg generate the preliminary data on pecan bioactives, which led to the USDA award and four years to work on pecan improvement.

Antioxidants may assist the body’s natural defense mechanisms as they keep in check the potentially harmful effects of free radicals, which, according to Pegg, are reactive oxygen and nitrogen species that the body produces from normal metabolism. Free radicals are also encountered in the environment.

A 2011 clinical study from Loma Linda University found that pecans could help reduce biomarkers associated with cardiovascular disease and possibly metabolic syndrome. Metabolic syndrome is the tendency of several conditions to occur together, including obesity, insulin resistance, diabetes or pre-diabetes, high blood pressure and high levels of fat in the blood.

A qualified health claim from the U.S. Food and Drug Administration also says “scientific evidence suggests but does not prove that eating 1.5 ounces per day of most nuts (such as pecans), as part of a diet low in saturated fat and cholesterol may reduce the risk of heart disease,” which equates to between 18 and 20 pecan halves.

“Some consumers are very unaware of the nut’s benefit,” Pegg said. “But there is a lot they don’t know about pecans.”

What consumers do know is that they like them. Pecan exports to China have skyrocketed since 2004, from 5,455 tons when the nut was first introduced to 40,273 tons (about 80.5 million pounds) in 2009, according to the Texas Pecan Growers Association. Chinese eat pecans in many ways like Americans eat peanuts — street vendors soak them in flavoring solutions, roast them, crack them and sell them by the bagful, Pegg said. And now India is also showing interest in importing the nut.

Georgia is the highest pecan-producing state in the U.S., producing 75 million pounds in 2010, an off year of production for this alternate-bearing tree. Texas and New Mexico followed with 70 million pounds and 66 million pounds, respectively.

Pecan trees typically have a two-year cycle. They produce more nuts in odd years in Georgia than they do during even years. That, too, is something Pegg hopes his team can change through the project’s horticultural initiatives. A more consistent supply could lead to higher profits and more stable prices.

Pegg and Philip Greenspan, an associate professor of pharmaceutical and biomedical sciences in the UGA College of Pharmacy, will be conducting pecan analytical and biological studies.

John McKissick, an agricultural economist and professor emeritus in the UGA College of Agricultural and Environmental Sciences, and Sharon Kane, a food business development specialist with the UGA Center for Agribusiness and Economic Development, will be examining both the production and marketing economics of pecans.

When USDA Assistant Agriculture Secretary Kathleen Merrigan announced Pegg had received the grant, he was in Gdansk, Poland, as an invited guest lecturer at the Gdansk University of Technology. During his two weeks of lectures on functional foods, nutraceuticals and foods for health, he fit in a little pecan promotion.

“I mentioned that pecans have the highest antioxidant levels of tree nuts, and one of the students asked me ‘what is a pecan?’” he said. “In Europe, they’re very familiar with hazelnuts and walnuts, but they haven’t heard of pecans.”

For a look at that huge Chinese market and what it could mean for pecan growers, visit http://southeastfarmpress.com/orchard-crops/china-huge-market-georgia-pecans.

That demand in China is also helping drive up prices for Georgia pecans. That story can be found at http://southeastfarmpress.com/orchard-crops/slow-harvest-high-demand-pushing-pecan-prices.