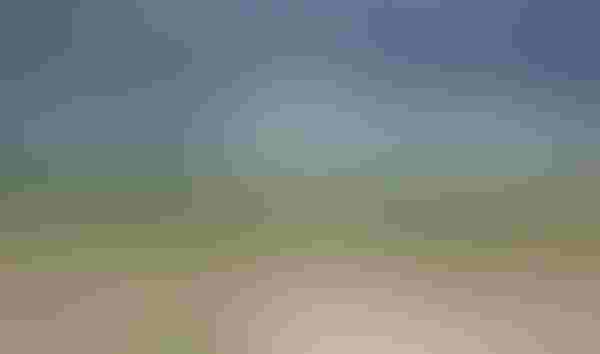 People who live in the Southeast should prepare for more drastically changing weather conditions — everything from heat waves to poorer air quality.

Climate change is the cause, according to a new book, edited by a University of Florida researcher.

Principal authors and editors, including Ingram, unveiled the book Nov. 12. Ingram is director of the Southeast Climate Consortium and an associate research scientist with UF’s Institute of Food and Agricultural Sciences.

Like what you’re reading? Subscribe to Southeast Farm Press Daily and get the latest information right to your inbox! It’s free!

“The sooner we make preparations, the better off we’ll be.”

• Average annual temperatures are projected to increase through the 21stcentury, with the region’s interior projected to warm by as much as 9 degrees Fahrenheit;

• Cold days will become less frequent and the freeze-free season will lengthen by up to a month;

• Sea levels will likely rise by an average of 3 feet by the end of this century. Of particular concern is that storm surges will compound impacts of rising sea levels, Ingram said. People will have to raise existing structures and build new structures on filled soil, he said. Many cities and counties will have to build or refit water and sewer plants so they can survive rising waters caused by floods, Ingram said. Many builders, residents and governments are already doing these things, he said.

• High temperature stresses in summer will become more frequent and damaging to agriculture, and will possibly drive dairy and livestock production farther north. Warm weather during winter months reduces yields of blueberry, peach and other crops that need cool temperatures for flower buds to break, he said.

• Air quality is projected to decline and pollen counts will go up, damaging human health.

Residents of the Southeast should begin to prepare for the likelihood of more frequent extreme weather events, Ingram said.

With 26 percent of the U.S. population living in the Southeast, the region produces 25 percent of the country’s carbon dioxide emissions, which are partly responsible for the climate change problem, Ingram said.

“We are a significant contributor, but we can help with the solution,” he said.

The Southeast Climate Consortium works with Extension agents and farmers to bring them valuable research.

“We work on how to adapt to or mitigate climate change,” Ingram said.

Some local governments have agreed to reduce carbon emissions, the authors said Tuesday.

Caption: Keith Ingram, director of the Southeast Climate Consortium and an associate research scientist with UF’s Institute of Food and Agricultural Sciences, co-wrote and served as lead editor on a new book, “Climate Change of the Southeast United States: Variability, Change, Impacts and Vulnerability,” the most comprehensive look at climate change in the Southeast to date.