Read the latest on the dicamba lawsuit filed by a Missouri peach farmer in the latest Texas Agriculture Law Blog. 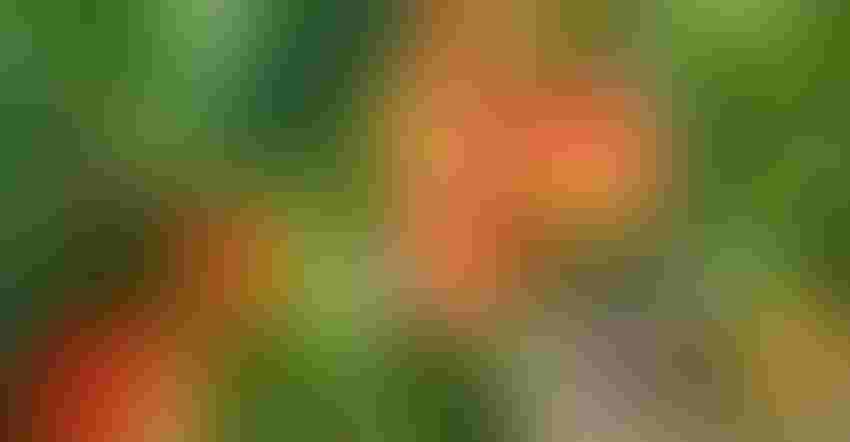 The United States Court of Appeals for the Eighth Circuit recently vacated a $60 million punitive damage verdict in a dicamba lawsuit filed by a Missouri peach farmer.

Dicamba is a herbicide product that kills broadleaf weeds. Traditional dicamba formulations also kill growing crops, and thus, dicamba was not used as an over-the-top herbicide during the growing season.  That changed, however, when Monsanto developed dicamba-tolerant soybean and cotton seeds. The seeds, Xtend, were released in 2015. However, at that time, there was no corresponding dicamba herbicide labeled for over-the-top use. Realizing that this created the potential for off-label use of off-label dicamba, Monsanto gave warnings to growers purchasing the Xtend seeds that applying dicamba to the crop was illegal. Despite these warnings, there was significant off-label dicamba use around the country.  In Missouri alone, 115 complaints of dicamba drift were filed in 2016. Monsanto’s  XtendiMax herbicide, which was labeled for over-the-top use, was approved in November 2016 and BASF’s Engenia herbicide was approved in early 2017.

The United States Court of Appeals for the Eighth Circuit reversed in part vacating the award of punitive damages and remanded for a new trial on punitive damages, but affirmed on all other grounds.  [Read Opinion here.]

Monsanto and BASF argued that Bader Farms failed to prove causation in this case.  Specifically, the companies claimed (1) Bader Farms could not identify whose dicamba product harmed the trees, and (2) the third-party misuse of dicamba was an intervening cause so there was no proximate causation.

Whose product caused the damage?

These cases, the court noted, were different than the instant case.  Although it is true that Bader Farms cannot identify whose dicamba product damaged the peach trees, “the dicamba itself is not the injury producing agent here.  The jury believed that Bader would not have been injured but for the dicamba-tolerant seed sold before farmers could get the low-volatility dicamba.”  Thus, the theory of causation is that but for the seed, the neighbors would not have sprayed dicamba during the growing season.  The only dicamba-tolerant seed is Monsanto’s Xtend seed, meaning Plaintiffs did specially identify the party who produced the damage-causing product.

Next, Monsanto and BASF argued that because third-party farmers used dicamba herbicides illegally despite express warnings, that broke the chain of proximate causation and, therefore, the companies cannot be held liable.  The court disagreed.

Here, the court held that the off-label misuse of dicamba herbicides during the growing season was certainly foreseeable; actually, it was foreseen by Monsanto.  This is why there were warnings with the seeds and a communication campaign once the seeds were launched.  The closer question, says the court, is whether the third-party farmers’ use of the dicamba during the growing season despite Monsanto’s warnings and the law, is an intervening cause.

The court noted here that the third-party farmers, while independent from Monsanto, did have a direct relationship with Monsanto through growers’ licenses and technology use terms.  “Monsanto therefore exercised some degree of control over their acts.”  Additionally, the primary benefit of the Xtend seeds was tolerance to dicamba.  In 2015-2016, the third-party farmers could not receive that benefit without misusing dicamba products.

The court did note that a reasonable jury could have found intervening cause in this case, the court held that the trial court properly declined to find an intervening cause as a matter of law.  Monsanto argued that failure to give a proximate cause instruction to the jury was an error, but the court disagreed and affirmed.

Monsanto and BASF argued that the compensatory damages were based on the wrong legal standard.  The issue here is what is the proper measure of compensation when trees are damaged.  Generally speaking under Missouri law, when fruit trees are damaged the proper measure of compensation is the difference in value of the land before and after the damage to the trees.  However, there is an exception to this general rule when the owner of the trees is not the owner of the land.  It does not make sense to award damages based on damage to land to a party who does not, in fact, own that land.  Instead, in the situation where there is a separate tree owner, the proper measure of damages is lost profits.

The court found this to be the situation here.  Bill Bader testified that he owned the orchard land individually and that no peaches were grown on any land owned by Bader Farms (the plaintiff in the case).  Thus, because the plaintiff was not the owner of the land, the court held lost profits were the proper measure of damages.

Next, the companies also argued that Bader Farms’ lost profit estimate was impermissibly speculative.  The court disagreed.  “The lost-profits damages awarding to Bader did not rest upon mere speculation.  The orchard had been productive for decades, and Bader provided financial statements showing peach revenues averaged $2,285,354 from 2011-2014.  Bader’s agricultural economist expert calculated about $20.9 million in actual damages based on a number of factors including acre maturity, tree lifespan, historical yield, interest rate on the operating note, time value of money, and budgets projecting maintenance costs.  Although Monsanto and BASF offered competing evidence, the court noted that it is up to the jury to weigh evidence.  Here, there was an adequate basis for the lost profits award.

BASF argues that the jury improperly found Monsanto and BASF jointly and severally liable for damages as joint venturers and co-conspirators.

To prove a joint venture in Missouri, a plaintiff must show: (1) an agreement among members of the group; (2) a common purpose to be carried out by the group; (3) a community of pecuniary interest in that purpose among the members; and (4) equal right to a voice in the direction of the enterprise, which gives an equal right of control.  The first three exist in this case as the parties entered into express agreements related to dicamba, seeking to accomplish the goal of developing dicamba-tolerant seed, and although Monsanto owned the seed, BASF received value share payments for every acre of Xtend seed.

The question is whether BASF had equal control over the direction of the enterprise.  The  trial court relied on agreements between Monsanto and BASF that created an Alliance Management Team with equal representation and alternating chairs.  Through this team, the companies worked together to develop the dicamba tolerant seed by conducting trials and studies, registering herbicides, recommending labels, forecasting seed volume, and coordinating a launch strategy.  The trial court concluded this structure provided the parties joint control and raised a sufficient question of fact about equal control to go to the jury.  However, before trial, Monsanto filed a stipulation making clear that it was Monsanto’s sole decision to release the seeds in 2015. BASF had no control  over how, when, or whether the seed would be released and, therefore, did not have equal control over the enterprise.  Thus, the appellate court found there was no joint venture.

In Missouri, civil conspiracy is an agreement or understanding between two or more parties to do an unlawful act or use unlawful means to do a lawful act.  The court found there was sufficient evidence to support the jury’s finding that Monsanto and BASF acted as co-conspirators.  Monsanto and BASF agreed to use unlawful means (knowingly enabling widespread off-label use of dicamba during growing season) to increase the sales of Xtend seed.  Under the terms of their agreements, both companies took acts in furtherance of this unlawful objective, agreeing to share access to testing data, share materials, share in costs of testing, and make capital expenditures to fulfil their obligations. Both parties engaged in marketing campaigns in 2015.  Thus, as a member of the conspiracy, BASF is jointly and severally liable for the plaintiff’s actual damages.

The companies make three challenges to the punitive damage award: (1) punitive damages not submissible under Missouri law; (2) BASF argues the instruction should have been to assess punitive damages against Monsanto only; and (3) the amount awarded was unconstitutionally excessive.

Monsanto and BASF argue there should not have been a punitive damage instruction submitted to the jury.  Missouri law allows for punitive damages only with clear and convincing evidence that the defendant “acted with either an evil motive or a reckless indifference to the plaintiff’s rights.”  Factors against the submission of punitive damages include that a defendant did not knowingly violate a statute, regulation, or clear industry standard, prior similar occurrences known to the defendant are infrequent, and the injurious event was unlikely to have occurred without negligence on the part of someone other than the defendant.

As to the first factor, Monsanto argued that it was undisputed they did not sell the seeds illegally as they had regulatory approval from USDA.  But, the court pointed out, there was significant evidence that Monsanto acted to prevent testing of volatility to ensure approval.  Second, Monsanto argued that when the seeds were launched, there were very few instances of dicamba drift.  The court responded, “But of course there were–before dicamba-tolerant seed, farmers had no reason to spray dicamba during growing season.”  The issue is that Monsanto released the dicamba-tolerant seed without a corresponding approved herbicide, despite knowing that farmers would likely use older dicamba formulations off label. Monsanto pointed out that as to the third factor, there was negligence by the third-party farmers.  True, the court noted, but Monsanto chose not to enforce licenses to prevent off-label dicamba use and refused to investigate complaints of damage in 2015 or 2016.  The court held this was clear and convincing evidence that Monsanto and BASF acted with reckless indifference and that a punitive damage instruction was proper.

The instruction given to the jury did not mention BASF, only Monsanto.  BASF argues that punitive damages should not have been awarded absent a finding of BASF’s individual wrongdoing.  Under Missouri law, defendants have a right to have their conduct considered separately for the purpose of determining punitive damages. If the defendants formed a joint venture, joint and several liability for punitive damages may be warranted, but as noted above, the court held they did not do so.  They were found to be co-conspirators, but that fact does not change the rule that punitive damages assessed against several defendants must be assessed separately.  This is particularly true where there may be different degrees of culpability and wealth of the defendants.  The court found this to be the case here and held that the court should have instructed the jury to separately assess punitive damages against Monsanto and BASF.

Bader argues that BASF waived its right to this separate assessment because it did not properly object to the lack of apportionment, object to testimony of Monsanto’s net worth, or present argument during the punitive damages phase.  The court disagreed.   First, prior to trial, the court granted BASF’s motion to dismiss Bader Farms’ claim against BASF for joint liability for any punitive damage award.  Then, when Bader proposed the joint and several punitive damage award after the trial, BASF filed a timely motion to alter the judgment.  This sufficiently preserved BASF’s argument.