Names in the newsSoil Health 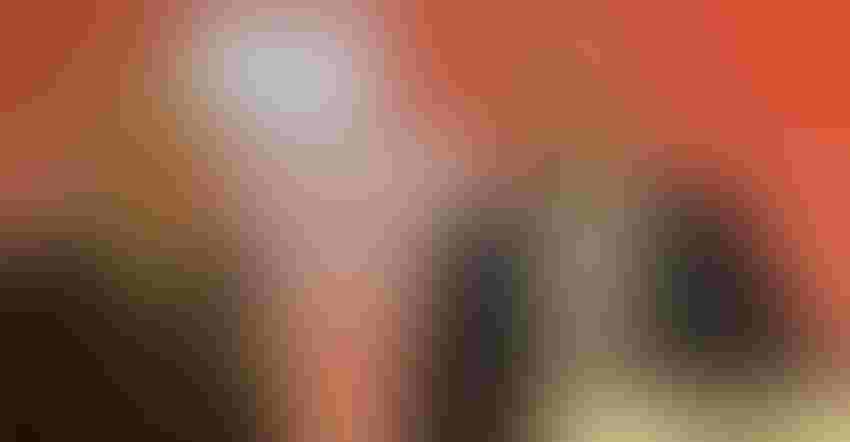 Great Plains and Midwest farmers know Ray Ward well, because they have sent in soil, manure or water samples to Ward Laboratories in Kearney, Neb. And they have listened to Ward speak on soil health at workshops, or more likely, around a soil pit with a spade in his hand in the middle of a field somewhere.

Ray and his wife, Jolene, founded Ward Laboratories in their three-bay garage in Kearney in 1983. Today, Ward is still involved in the day-to-day operations. But the company, managed by Ray’s grandson Nick, employs 75 people working from a 36,000-square-foot facility where they process on average about 5,000 samples per day from all over the world.

Ray’s knowledge of soil, water and feed testing — along with his ability to speak plainly about complex natural resources issues — has made him a popular soil health speaker, particularly when he stands in a soil pit, surrounded by farmers and ranchers, talking about the soil and fielding questions about common practices and their practical impacts on soil health and crops.

“Today, we honor an individual who has dedicated his life to serving agriculture, working with farmers and ranchers to promote good soil health, clean water and nutritious feedstocks,” said Mark McHargue, Nebraska Farm Bureau president, during the presentation. “We know Ray. He is a local guy. We’ve sent soil, water and manure samples to Ward Laboratories. We honor Ray who has studied and figured out how to unlock the value of our soil.”

During his acceptance speech, Ward recognized his wife, Jolene, and other family members who were in attendance, but he also honored Nebraska soils.

“I told Gov. Ricketts,” Ward said, “that the soils in Nebraska are the best in the world. I took a tour in the Netherlands at a soil museum, and I was walking around looking at soil profiles. I walked around a corner, and there was a profile of Holdrege silt loam from Gosper County, Neb. That’s when I began to understand what it is about the soils in Nebraska, the soils we have.”

When he graduated from high school in 1955, the average dryland corn yield in Saline County, Neb., was 9 bushels, Ward said.

“Imagine what agriculture has done from the time they broke the sod until the 1950s, right after World War II,” he said. “Then we learned that if we put nitrogen on, we could grow more corn. That’s kind of how we got started.”

He said that he saw samples coming into the lab from Ukraine recently. “There haven’t been as many as we saw before the war,” Ward said, “but they still have plans for cropping.”

Seeing all the samples from around the world is very humbling, he added.

Learn more about this year’s Farm Bureau convention at nefb.org.