Charlene Patton and WIBW-TV are recognized by Kansas soybean farmers for their work promoting soy foods. 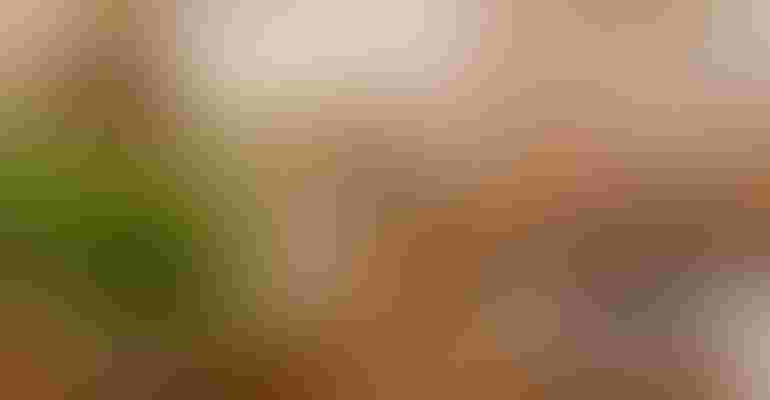 DELICIOUS SOY: The Kansas Soybean Association and Kansas Soybean Commission presented the Friend of Soy and Meritorious Service awards to Charlene Patton and WIBW-TV for their continued work promoting soy foods. The awards were presented Jan. 11 at the luncheon of the Kansas Soybean Expo.naito8/Getty images

Charlene Patton of Topeka, Kan., is an icon in the food and nutrition space. Many Kansans would recognize her for appearing monthly on television to demonstrate the best ways to incorporate soy foods into delicious, nutritious recipes. These appearances on stations in Topeka, Wichita, and Pittsburg, Kan., earned her the Friend of Soy Award, which honors an individual, company or organization demonstrating the ability to work cooperatively with Kansas soybean farmers in their effort to promote soybeans.

Patton has served as the Kansas Soybean Commission’s consumer media specialist since 1996, a role which entails modifying everyday recipes to use soy-based ingredients and sharing those recipes with audiences across Kansas. Her expertise in nutrition comes from a lifetime love of baking and knowledge passed down from her mother, Juanita, and grandmother Tressie.

Patton, who grew up in Grantville, Kan., often credits these women and the 4-H program for laying her foundational knowledge of baking. As a 4-H member, she even wrote a weekly nutrition article for the Valley Falls Vindicator and earned state and national foods project awards in her tenor.

At Kansas State University, Patton earned a degree in foods and nutrition in business in 1975. She also met her husband, Dan, and the two wed in 1977. The couple have four daughters — Jana, Krista, Lori and Megan. The family earned recognition as the Kansas 4-H Family of the Year in 2008.

Patton worked as a marketing specialist promoting Kansas food products at the Kansas Department of Agriculture prior to consulting for the Kansas Soybean Commission. She also serves as executive director for the Home Baking Association.

The monthly recipes created by Patton on behalf of the Kansas Soybean Commission are available at kansassoybeans.org/consumers. This page also outlines her TV appearance schedule and includes links to the station livestreams to watch these demonstrations from anywhere.

WIBW-TV earned the Meritorious Service Award, which honors an individual, company or organization dedicating a significant portion of their time or resources working to the benefit of soybean farmers. When the logistics of sharing Patton’s soy food recipes live from the TV studio became challenging during the pandemic, WIBW went above and beyond to continue providing those recipes to its audience in northeast Kansas. Morning show hosts Chris Fisher and Jared Broyles joined in virtual interviews with Patton while she demonstrated the recipes from her home kitchen. Offering this technological solution allowed the longstanding partnership between WIBW and the Kansas Soybean Commission to continue without pause.

WIBW-TV has been a valuable media partner in promoting soy food recipes from the Kansas Soybean Commission in the two-plus decades since Patton took the role of creating the dishes as consumer media specialist. The Kansas Soybean Association chose to honor WIBW-TV with the Meritorious Service Award for recognizing the impact of the recipe segments on consumer attitudes toward soy and creating a solution for sharing them during the pandemic. Broyles and Fisher, along with WIBW digital marketing expert Al Bonner, attended to accept the award on behalf of WIBW.

These awards are presented annually at the Kansas Soybean Expo and recipients are determined by the KSA board of directors. The expo is a project of KSA, with funding from KSC.

Outgoing KSA and KSC board members were recognized for their service during the expo luncheon as well. A plaque was presented to Bob Haselwood of Berryton for his service as chairman of the Kansas Soybean Commission from 2019-22. Mike Bellar, who served on the commission from 2010-21, was unable to attend and accept a plaque recognizing his service.

Outgoing KSA President Teresa Brandenburg accepted a plaque honoring her two years of leadership on the KSA board. She will now serve one term as chairwoman of the board.

The 2023 Corteva Young Leader from Kansas, Daniel Anderes, also received recognition for his participation in the program.