Names in the newsFarm Shows

Honorees discuss the people and hard work it takes to make the show a special experience. 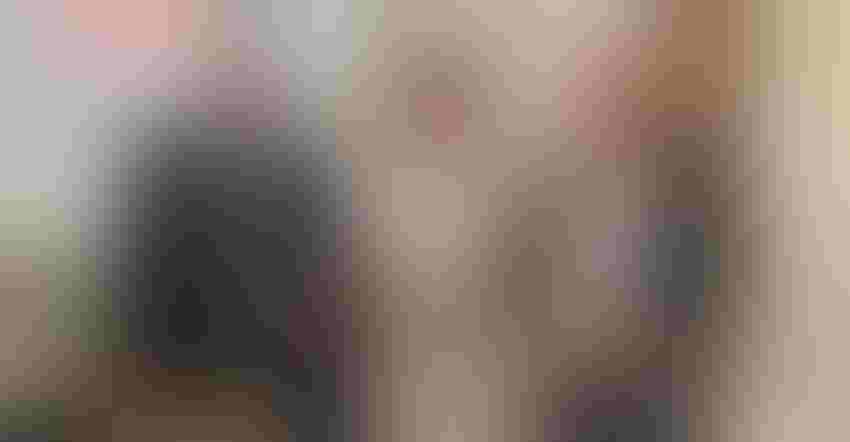 HALL OF FAME: Inductees into the Ohio FSR Hall of Fame include Chuck Gamble (from left), Bob Zachrich and Bill Phillips. Courtesy of OSU, FSR

They say it takes a village, and the Ohio State University Farm Science Review is no exception. This year, FSR inducted three individuals who have been avid supporters of the show in a multitude of capacities throughout the show’s history into its Hall of Fame.

Chuck Gamble, Bill Phillips and Bob Zachrich were recognized as the 2022 honorees at a private event Aug. 17.

Chuck Gamble has a long-standing history with FSR and the College of Food, Agricultural, and Environmental Sciences (CFAES) as a whole. Gamble said, “I was a student employee for Farm Science Review.”

After college graduation, Gamble spent three years as an OSU Extension educator in Logan County before returning to FSR in 1995 as the assistant manager. “I started as assistant manager, and I was in that role for nine years before spending 13 years as the manager of the show,” he says.

For Gamble, the highlight of his career was the 2008 show. “Probably one of my favorites was the year Hurricane Ike hit,” he says. “That was when you saw agriculture come together.”

The effects of Hurricane Ike set in Sunday, and by Tuesday, Gamble said you could hardly tell any damage had been done by a storm of that magnitude.

“We literally transformed from a disaster into a show,” Gamble said. “I had exhibitor after exhibitor asking how they could help, and I told them to check on their fellow exhibitors.”

Gamble reminisces on the time he spent working for FSR and attributes much of the show’s success to those with whom he worked. “It isn’t the manager; it takes major teamwork between paid staff and volunteers to pull that event off,” he says.

Gamble just recently celebrated his retirement after serving CFAES for a combined 32 years in various positions. With his wife, Diana, they reside in DeGraff, Ohio.

Bill Phillips is the chief relationship officer for the Office of Technology and Digital Innovation at Ohio State University. Phillips has been with the university since 2006, and his work with FSR began in 2010 with the mission of bringing internet to the show.

Phillips says the initial challenge and question to be answered was, “How do you get internet out there?” Phillips added, “Chuck [Gamble] and I lived through the pain of many farm shows where this stuff didn’t work.”

Phillips is the man who “brought the Farm Science Review into the 21st century,” Gamble says.

The feat of bringing internet to the Molly Caren Agricultural Center and also providing service to OSU Extension offices across the state are thanks to Phillips’ hard work and effort.

He and his wife of 44 years, Cathy, reside in Hilliard, Ohio.

Bob Zachrich, owner of United Seed Associates, has served in many capacities at FSR throughout his 49 years as an exhibitor at the show.

“I’ve been going to the Farm Science Review since 1972,” Zachrich says. “It would be my 50th year, except I missed 2020. It’s really something that we have only missed one show in the last 50 years.”

Zachrich says that he doesn’t really have a favorite show because each one has something to look forward to. “There is something different and unusual every year, and that is what I always look forward to,” he says.

As owner of his own business, Zachrich generously donated seed for years to the show for the field demonstrations, and has been a large promoter of the show to his customers over the years. The family business is supported by Zachrich’s wife, Connie, and, at times, his five children, 11 grandchildren and three great-grandchildren.

FSR has served as a great opportunity to gather dealers and family for Zachrich over the years — through plot work, field days and other show support — and his involvement with the annual event continues to this day.

Gamble, Phillips and Zachrich have exemplified the attributes necessary to grow FSR into the world-class farm show it is today. Each honoree says people and hard work are what make the show such a special experience and community of which to be involved.

Farm Science Review is hosted by the College of Food, Agricultural, and Environmental Sciences at Ohio State University.