Slideshow: The fourth-generation farmer has been named a 2023 Michigan Master Farmer. 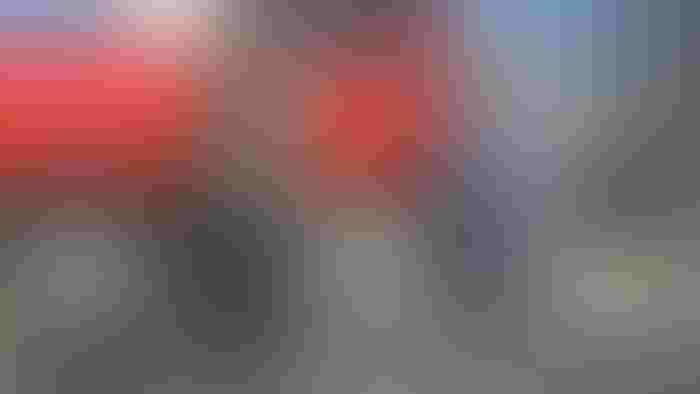 Joe Bryant says “shiny things that stir dirt” were his initial draw to agriculture, but the satisfaction of watching crops grow hooked him. “And the variety of things that you do throughout the season is a high point,” he adds.

With a passion for farming, he strives to get the top value from every acre while working to expand the operation’s scope for future generations. Like all farmers, profitability is front and center, but not the end all, as Bryant has embraced technology and implemented management practices to protect the environment. His dedication to farming is only paralleled by his commitment to serve others in his church and community.

Joe, who farms with his son, Ben, in Shepherd, Mich., has been named a 2023 Michigan Master Farmer.

“He is a person that everyone should desire to be like,” says nominator Ward Forquer of Mount Pleasant. “He is honest, thoughtful, community-minded and an overall great farmer.”

Joe grows 1,100 acres of corn, soybean and wheat, while Ben has an additional 650 acres. They share labor, facilities and equipment.

In addition, Joe says, “We have cattle for decoration.” This includes birthing beef cattle and feeding out a few Holsteins each year to primarily be sold for freezer beef. The majority of the soybeans are non-GMO grown for Zeeland Farm Services, which provides a premium.

Through relationships developed over 30 years, most of their corn is sold directly to dairy farms to the north.

A fourth-generation farmer, Joe started farming in the late 1970s with his dad, Bill, and brother, Jim. At that time, they grew hogs and edible beans, in addition to cash crops.

Joe remembers a conversation when a neighbor pulled in the driveway and asked if they wanted to farm a 20-acre field adjacent to their property. “I was a freshman in high school, and Dad let me have that one and the ability to use his equipment,” he recalls, while noting he expanded his rented ground in his senior year in high school, which eventually led to the opportunity to buy what is now his homeplace.

“Dad certainly got me started by sharing equipment and sharing in the making of decisions — he let me make my own choices,” Joe says.

Joe married his high school best friend’s sister, Beth, in 1985. In addition to Ben, they have two more children, Margaret and Emily. Beth, who works for the Shepherd school system, also lends a hand when needed. Ben’s wife, Jessica, also supports the farming operations while owning a cut flower and mum business that Joe assists with from time to time.

The most recent addition to the farm was a liquid fertilizer building with new containment and a concrete floor.

Joe and Ben have 130,000 bushels of grain storage on their farm and another 42,000 bushels at his brother’s place. “One of my next projects is to add more grain storage and renewing a couple of older buildings on the farm,” Joe says.

Joe enjoys sharing the farm with others. He hosted Breakfast on the Farm, where 1,800 people visited to enjoy a pancake, maple syrup, egg and sausage breakfast during their self-guided tour of the farm. He’s also helped many others host these events on their farms.

“It creates a lot of conversations, and it’s good to see people bringing their kids and grandkids out,” he says, noting that some are three and four generations removed from the farm.

Breakfast on the Farm led to Bryant’s Farms annually hosting the Michigan Farm Bureau’s Project RED (Rural Education Day) for seven years. For two half-days in September, about 500 fourth graders explore the farm and visit 12 stations, providing education on the many aspects of agriculture. “It takes a while to prepare, but we have a lot of people that help put it together and make it successful,” Joe says.

Both Joe and his wife, Beth, have been 4-H administrative leaders for more than 20 years, and Joe and his family have been superintendents at the beef barn for the Isabella County Fair.

One of his favorite volunteer roles is being a mentor through the Kids Hope program at the Community Church, where he had been a trustee for many years. Joe was paired with a kindergartener, who is now a freshman in high school, to help with school and life.

For the past 30-plus years, he’s been the sausage cook all weekend during the Shepherd Maple Syrup Festival. This year, they kicked him out of the kitchen early to serve as the grand marshal during the parade.

The Bryants have five grandkids younger than age 6 — Ally, Julia, Ellen, Leila and Jackson. “My job is to make sure this soil is here for my kids' grandkids,” Joe says.

The farm includes filter strips along waterways to ensure soil and nutrients are not being washed away. With U.S. Route 127 running on an angle through much of the farm, swath control on the sprayer allows Joe to turn off sections on the boom one at a time. He has variable-rate-applied dry fertilizer and lime for a number of years.

“Autosteer and GPS positioning have really helped us farm more precisely,” Joe adds. “But we don't sample in a square grid. We sample in a grid that makes sense given soil types and soil pattern changes. Some of our sample areas are 2 and 4 acres, and some of them are 10 or 15. We’ve seen the response in the crops, and in the soils that we’ve worked to improve over the years.”

On order for this spring is a new variable-rate planter. “But we certainly haven't thrown every dollar into the brand-new things,” Joe says. “It’s about return on investment, and it doesn’t make sense to spend $1,000 to make $10. So, we've adapted several pieces of equipment, but there’s still tractors here that were new in 1963 — and I was new in 1963.”

A succession plan has been developed and is continually revisited. “When I go, it’s all staying for the next generations,” Joe says.

That doesn’t mean farming will be easy, nor has it been in the past. “The memorable year of 1986 left us with 5 foot of water in the house and in the adjacent soybean field; you couldn't reach the ground with a canoe paddle,” Joe recalls. “But we ended up harvesting some sort of soybeans off that field eventually. You get through it and keep grinding forward — some years are certainly better than others.”

For young people thinking about agriculture, he says, “There’s so many distractions these days. Dedicate your time to it wholeheartedly and put some effort into it. Pick something you like and stay focused.”

Humbled by the award, he says, “I just try to do things the way they should be done, whether it’s timeliness or decision making,” he says. “I try to make a positive impact on the community. I guess I don't consider myself as an award winner, but days like today, with the sun shining and family gathering for lunch, I consider myself blessed.”

Joe Bryant at a glance